Throughout his 2016 election campaign, President Donald Trump called for the construction of a bigger, more impenetrable border wall along the US border with Mexico.

He also announced plans to stop illegal immigration and make Mexico pay for this proposed wall.

“A nation without borders is not a nation. Starting today, the US gets back control of its borders,” he said. “This will help dismantle cartels, keeping illegal weapons and cash from flowing out of America and into Mexico.”

Condemning the move, Mexican President Enrique Pena Nieto said his country would not pay for the wall: “Mexico does not believe in walls. I have said it time and again: Mexico will not pay for any wall.”

In a five-part series we explore the stories and the lives of people who live along both sides of the border, and set out to answer the main questions on this issue.

1. How long is the border wall?

The US and Mexico share a 1,954-mile (3,142km) border. One thousand and one hundred kilometres of this border already has walls, wired fences or metal fences separating the two countries.

There is also a virtual wall, monitored by cameras, thermal sensors, X-rays and more than 20,000 border agents. On one end of the border, the countries are divided by rivers and the deserts of Sonora and Chihuaha, creating a natural border fence where temperatures can reach up to 50 degrees Celcius. 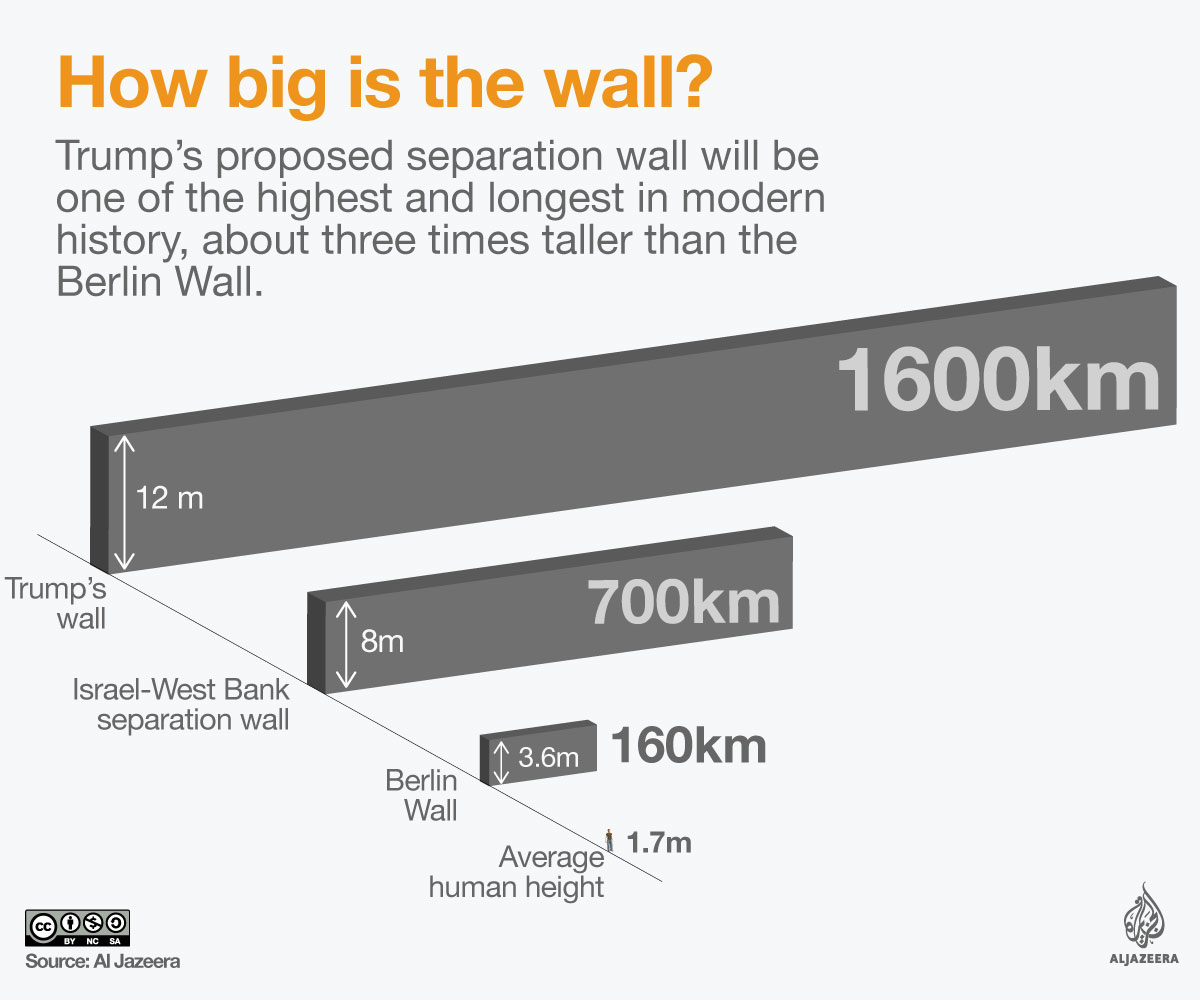 2. How is Trump’s wall affecting those at the border?

There have been more migrants and more migrant shelters opening in Tijuana, a border town in Mexico, since Trump launched his campaign to keep Mexicans and other immigrants out of the US, activists say.

PART ONE: How it affects the borders

The shelters are struggling to cope with the huge wave of migrants and deportees currently crossing back into Mexico.

And businesses have been feeling the economic impact. Mexican shops that would previously have been crowded with tourists are often empty, while vendors in the US city of San Diego say they too are suffering as fewer Mexicans, who would in the past cross the border to buy goods, do so.

3. What are the potential ecological implications of the wall?

PART THREE: Who is really paying for it?

Rebekah Hinojosa is a Tejana – a Mexican American from Texas – community organiser whose family has lived at the border between the US and Mexico for generations. She cites past precedent with the existing border walls when discussing the potential ramifications of Trump’s wall.

“In 2008, the section of wall that bisects the Arizona/Sonora border backed water up to over six feet deep; two people drowned and residents suffered millions of dollars of damage.

“Border communities, from Tijuana to Rio Grande Valley of Texas, experience generational poverty and yet the Trump administration is fixated on spending billions of dollars for walls that do nothing but act as monuments to racism,” she added.

4. Does Mexico have walls along any of its other borders?

Mexico borders the US in the north and Guatemala in the south.

It has increased the number of checkpoints and border patrols on its southern border with Guatemala.

Many migrants from countries such as Honduras, El Salvador and Guatemala attempt to cross that border into Mexico. Most are going in search of the “American dream” and are hoping to reach the US.

In 2014, under a programme called Programa Frontera Sur, Mexico doubled the number of migrants it deported. Those that are caught by the authorities often end up in what is the largest migrant detention centre in Latin America, located in Tapachula.

5. What has been the cost of Trump’s wall for migrants?

“It’s no coincidence it happened as Trump’s chances increased,” said Hugo Castro, the director of Border Angels, an organisation that delivers resources to migrants attempting to reach, or who have been deported from, the US. “It’s the Trump effect.”

PART TWO: The cost for migrants

Nearly 700 undocumented people have been detained in nationwide sweeps in the US.

“The wall will bring more death. Is it going to be safer? It depends on your perspective.” The wall may keep some migrants out, but only time will tell how many more will die taking desperate measures to find workarounds, one source told Al Jazeera.

6. The existing wall in photos

Construction of the Trump’s wall has not started, but below are photos of the existing barriers along the border with Mexico. 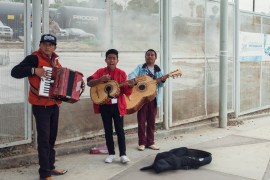 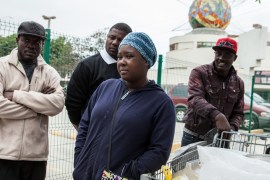 The cost of Trump’s wall for migrants

Haitian migrants trying to reach the US say Mexico has offered them what the US will not: refuge.