Avila Park, Dublin, Ireland – In a wooden shed in his back garden, James Collins sits on a low stool hammering out the final touches on a billy can. At 68, he is one of only two remaining traveller tinsmiths in Ireland.

Above the clutter of well-worn tools and scrap sheet metal hang a dozen or so other cans. Nowadays, he says, there’s precious little demand for his trade, and he largely continues it as a hobby, occasionally selling some of his work at vintage craft fairs.

Since the introduction of plastic homeware in the 1960s and 1970s, tinsmithing – traditionally dominated by the historically nomadic community known as Travellers – has effectively died out. Even the block tin, James originally used, is no longer available.

“It’s more difficult to work with,” he says, holding up a gleaming aluminium can. “You can’t make what you want to make out of it because you have to use solder and that won’t take solder.”

James was raised on the road in the Irish midlands, a traditional upbringing unknown to most Travellers today. “I was bred, born and reared on the road,” he says, “but the young lads today wasn’t. They all grew up in houses and went to school and all this craic. I never got any education, never went to school in my life.”

Until his late 20s, when he settled in Avila Park, a housing estate for Travellers on the outskirts of Dublin, the Irish capital, James plied his trade for farmers, smithing and repairing buckets. “It never goes out of your mind; you’re always thinking, thinking the whole time about the road,” he says.

In comparison, younger generations have little interest in traditional crafts or the travelling lifestyle – James’ children and grandchildren don’t know how to harness a horse, for example. And anti-trespass legislation introduced in the early 2000s, which was used to disperse encampments by the side of roads or on council-owned land, made a nomadic existence increasingly difficult.

Yet, even as the distinct traditions of Irish Travellers seem to fade into the past, the battle for official recognition of their identity continues.

The search for recognition

Unlike the United Nations and the United Kingdom, Ireland does not recognise Travellers as a separate ethnicity from the non-Traveller community. For decades, human rights organisations and Traveller advocacy groups have been seeking this recognition, but to little avail.

However, on January 26, a parliamentary committee established to investigate the issue stated unequivocally that “Travellers are, de facto, a separate ethnic group”.

“This is not a gift to be bestowed upon them, but a fact the state ought to formally acknowledge,” it further said.

The committee report urged the Taoiseach, Ireland’s prime minister, or the minister for justice to give a statement to the Dail, the Irish parliament, acknowledging this at the earliest opportunity.

This development was welcomed by members of the Travelling community, although some remain cautious in their optimism. It would not be the first time an Irish government has reneged on such commitments – a 2014 parliamentary report made the same recommendation, which was never acted upon.

A history of deprivation and discrimination

An examination of the almost 30,000 Travellers in the Republic of Ireland shows a staggering level of deprivation completely at odds with the non-Traveller community. Another 4,000 to 5,000 Travellers live in Northern Ireland, in a similar situation.

Around half of Travellers have no secondary education and only 1 percent have attended university, according to Pavee Point, a group fighting for the rights of Travellers.

Some 84 percent of Travellers are unemployed, while suicide rates are almost seven times higher than among settled people. A 2010 study found that life expectancy was 15 years lower among men and 11 years lower among women when compared with their settled counterparts.

Discrimination against Travellers remains endemic at social and institutional levels. Being denied entry to businesses is a common occurrence and many try to hide their background when applying for jobs, fearing that potential employers will not hire them.

“Symbolically it would have a profound impact on our collective sense of identity, self-esteem and confidence as a people,” says Martin Collins, the co-director of Pavee Point, on the recognition of Traveller ethnicity.

“Some travellers have internalised [racism] and end up believing that they are of no value, they are of no worth … So that’s the impact. That’s the outcome of both racism and your identity being denied.”

It was a 1963 government report, the Commission on Itinerancy, that has set the tone for the state’s attitude towards Travellers ever since, says Sinn Fein Senator Padraig MacLochlainn, the first person from a Traveller background to be elected to the Irish parliament.

The Committee on Itinerancy‘s terms of reference defined Travellers as a “problem”, whose social ills were “inherent in their way of life,” and outlined the goal of “promot[ing] their absorption into the general community”.

No Travellers were on the committee, nor were they consulted for its report.

“Our people and our state denied their history and decided that they were criminals and they needed to be immersed in with the rest of us,” says MacLochlainn.

This refusal to acknowledge the community’s rich cultural history – notably their own language, Cant, and significant contributions to Irish traditional music – persists today.

Traveller culture is frequently portrayed in the media as separate and distinct, MacLochlainn says, but almost always in negative terms, in exploitation TV shows such as My Big Fat Gypsy Wedding and exposes on Traveller criminality.

“When it comes to negative characterisations, the media, the establishment … in Ireland are more than happy for them to be characterised in negative terms,” the senator says.

Behind James’ shed in Avila Park, traditional and modern Traveller accommodation sit side by side. A wooden barreltop caravan, washed green with blue and red embellishments, sits between two mobile home units, where his younger relatives stay.

Only one has both electricity and running water, which were installed by the family. Power is provided from the house by a yellow cable, wound loosely around plastic drainpipes and holes in its pebbledash exterior.

An early morning fire in a nearby prefabricated unit just a few weeks before offered a bleak reminder of the danger these makeshift electrical fixtures pose. A neighbour raised the alarm and the young couple inside escaped before their home was reduced to a charred husk.

This near disaster has reminded some people of a fire in the south Dublin suburb of Carrickmines more than a year ago, which continues to cast a shadow over relations between the Traveller and the settled communities.

In the early hours of October 10, 2015, a fire ripped through a halting site killing 10 people, including five children, from two families – the Lynch and Gilbert family and the Connors. The youngest victim was five months old. It was one of the deadliest fires in the history of the Republic of Ireland.

Social workers had raised concerns about the site’s substandard prefabricated units to authorities in the months before the fire, but no action was taken. The blaze and its aftermath would, for many, become an example of the pervasive discrimination Travellers face in Ireland today.

Three days after the fire, some locals blockaded land marked for temporary accommodation for the surviving members of the Connors family, preventing construction vehicles from entering. Though the obstruction was condemned by then Environment Minister Alan Kelly and several Traveller groups, the protesters were successful.

On October 21, one day before the last victims were buried, the county council announced that the Connors family would instead be resettled on a reclaimed dump on council land in a nearby suburb. At the time of writing, the family remain in that location.

Alongside many expressions of grief on social media after the fire were comments highlighting the discrimination towards travellers in Irish society.

On one popular news site, a comment simply wishing that the victims rest in peace received hundreds of thumbs down votes from other readers. “Hundreds of Irish people gave a thumbs down to an expression of sympathy for children who were burned to death,” says MacLochlainn. “That’s terrifying; that’s absolutely terrifying.”

In response to the tragedy, local authorities across the country conducted fire safety audits at Traveller accommodation sites. “All we got was a few fire alarms, a few fire blankets and some carbon monoxide alarms,” says Collins, of Pavee Point.

“That’s like re-arranging the chairs on the Titanic. That’s totally inadequate. These sites need to be completely redeveloped [and] refurbished, because the sites are just inherently dangerous. Getting a few fire alarms and a few hoses will not rectify the situation.”

For Collins, the long overdue recognition of Traveller ethnicity is an important milestone, but as the Carrickmines example shows, a commitment to materially improving the lives of Travellers is also necessary if they are to be truly equal in their own country. 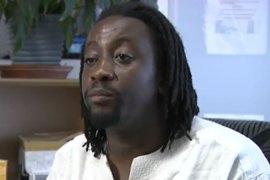 Ireland under fire over refugee treatment 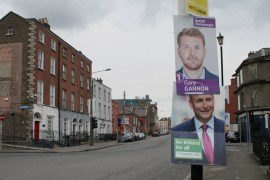 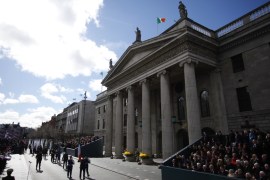 What the 1916 Easter Rising means for Ireland today

Al Jazeera spoke to Ireland’s president and other prominent society members on the occasion of Easter Rising centenary.