Ouarzazate, Morocco – The southern sun bakes down upon Morocco’s 580-megawatt solar plant, in line to be the largest in the world upon its completion in 2018.

This $9bn plant, known as Noor – “light” in Arabic – positions Morocco as a global leader in sustainable energy development. Situated in a dry, rocky, rust-coloured plain 13km outside the southern city of Ouarzazate, the plant has contributed energy to the country’s national power grid for the past year. Since the February 2016 inauguration of Noor I, the first of four phases, there have been many positive stories about the plant’s great potential, power and beauty.

Moroccan reliance on foreign energy imports exceeds 91 percent, but the country predicts that by 2030, more than half of its energy will be renewable – of which 14 percent will be solar power.

Ouarzazate was selected for Noor because it receives optimal solar radiation. After a bidding process, it was determined that the plant would be built by a collaboration between Saudi Arabia’s ACWA Power and the Spanish consortium TSK-Acciona-Sener. There have also been promises to pursue local development efforts – which, according to Tarik Moudden, of the Moroccan Agency for Solar Energy (Masen), are centred on the villages nearest to Noor, notably Tasselmante and Ghassate. He pointed to the building of an 18km road, along with the provision of water and public health services.

“We develop the region with the solar plant, but also, we contribute to local training that will benefit the citizens of Ouarzazate,” Moudden told Al Jazeera.

However, for some Moroccans living near the plant, the reality on the ground does not live up to the hype.

“We had to [protest] just so we could get jobs in the complex,” Mouad el-Ghali, 29, told Al Jazeera. Ghali landed a job as a security guard at the facility – but only until last year, when he was laid off.

Six years ago, some of Tasselmante’s sheep-herding lands were sold to Masen. The villagers were told that their payment, in addition to modest monetary compensation, would be through jobs, most of which have yet to materialise.

“To be honest, we’re not profiting from stable jobs [at Noor],” said Mohammed el-Ghali, Mouad’s cousin, noting that the more than 50 international companies involved in the plant were each hiring workers for their own projects. “People work there for five months or less. Sometimes, you work two months and wait six months with no job.”

Publicity and tourism efforts involving the plant have been in full force, with a tourist overlook tower at Noor and international “celebrities” invited to the plant during last year’s COP 22 climate-change conference. But many people in Ouarzazate say they are in the dark when it comes to Noor.

“It’s true that the station is there; it’s true that we’re right next to it,” said Azeddine el-Khattabi, the engineer-in-chief of Ouarzazate’s regional agricultural development office. “But we don’t know what happens there.”

Hassan el-Haj, a 37-year-old farmer at a nearby olive grove, said that he had never heard of the existence of Noor until its inauguration: “It feels far away,” he said.

Jaouad Ait Rabah, the owner of the Moroccan Institute for Solar Energy, a company that installs solar units and conducts educational trainings on solar power, said that out of all of the places where he works, the least amount of training takes place in Ouarzazate. When it comes to appreciating the value of solar energy, he said, “people in Ouarzazate don’t have the culture. The solar plant is just a brand image.”

READ MORE: The Muslim world has to take climate action

“There’s a question obviously of whether this could be a ‘cathedral in the desert’ as they say in Italian – that there’s a huge project that is connected with a broader economy,” Fabiani told Al Jazeera. “Is this a strategy to make [Noor] the beginning of a wider push for economic development locally, or is it just going to be an isolated project that the king loves but doesn’t have any spillover effects?”

Fatima Ahouli, who worked on a 2015 local development assessment report published by the public policy NGO Germanwatch, found that some local development efforts have not been clearly communicated to local residents.

“Whenever I discuss [Masen] with people, it’s always like, ‘They don’t tell us, they don’t ask us, they don’t communicate with us.’ So [the residents] are always the last people to know about something that is going on in their region or in their village,” she said. “Communication in Masen is really, really, really weak.”

with people, it’s always like, ‘They don’t tell us, they don’t ask us, they don’t communicate with us.’ So [the residents] are always the last people to know about something that is going on in their region or in their village.”]

Ahouli says that this is also because many Moroccans – especially those living in villages – are illiterate, and messages often become confused because of language differences between Masen officials and local authorities.

Meanwhile, the number of renewable energy degrees being awarded at Moroccan universities has been on the rise, leading to a wider pool of applicants for high-skilled production and engineering jobs on renewable energy projects. Still, Moroccans in Ouarzazate feel that the majority of engineering jobs at Noor have been given to foreigners; Masen confirmed that engineers on the project primarily come from Spain, Germany and China.

Said Chabe, 21, a graduate of the renewable energy engineering programme at Faculte Polydisciplinaire de Ouarzazate, said that this was frustrating.

“Back in school, teachers used to tell us that they’re training us to be a part of the project,” Chabe told Al Jazeera. “As a student, I got nothing. It’s like they’re renting Noor to foreigners.”

Sitting in a cafe about 500km from Ouarzazate in Rabat, renewable energy engineering student Sarah Bentahar, 25, said that she was supportive of Morocco’s energy initiatives – but in the end, she believed the project was more about exploiting the country’s ample sunlight than about benefitting Moroccans.

Danielle Douglas and Wesley Lickus spent several months in Morocco on an SIT Study Abroad programme and produced this story in association with Round Earth Media. Sapha Bouamara contributed to the reporting. 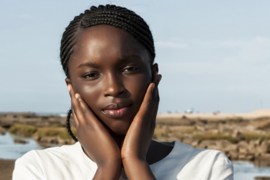 Several local organisations have stepped up to provide creative outlets for people arriving from sub-Saharan Africa.