Cinema can be a know-it-all. Take Kashmir: at the end of Salman Khan’s 2015 smash Bajrangi Bhaijaan, the megastar singlehandedly solves this international flashpoint. Having returned the cute waif to her family in Pakistan, his battered wanderer staggers back across the border to India, uniting both countries in mutually assured Salman adulation.

In reality: not so simple. Last September, good-looking pilgrims were nowhere to be seen as India conducted retaliatory strikes on the Pakistan-administered side. And the blowback hit the big screen: the Indian producers’ association refused to hire Pakistani crew, and Pakistani cinema chains banned Bollywood films.

Fortunately, the ban was lifted on December 19. With an estimated 60 percent of Pakistani box office coming from Bollywood, the sudden drop in attendance was also sapping locally made films – threatening to derail the promising recent revival of the Pakistani industry.

The industry, based in Lahore and sometimes called Lollywood, had been slowly strangled during the military dictatorship of the 1980s, partially because of new censorship laws. It had once turned out 80 films a year, but in 2003 not a single Urdu-language film was released.

But last year’s showing of around 25 films confirmed that the industry was back – at least until politics intervened. The comedy Actor in Law – with Fahad Mustafa playing that self-referential Bollywood staple, the wannabe showbiz star – headed the list of six 2016 productions to break into Pakistan’s all-time top 20.

If you needed any more proof that the fortunes of Pakistani film are deeply tied up with its neighbour, it was the lifting of a previous Bollywood ban – in place for 40 years since the 1965 Indo-Pakistani war – that first rekindled the local industry in 2006.

Bollywood fodder was widely available on the black market anyway; why not use them to make up the numbers of the 200-or-so releases a year needed to sustain Pakistani cinemas?

The following year, the release of the Bollywood-influenced Khuda Kaye Liye – about two singers in the months following 9/11 – signalled a discreet revival. It made $1.1m in its home country (it’s still the No 10 highest grossing domestic film), and became the first Pakistani release in India in four decades.

The Lahore industry is definitely the thriftstore operation next to Bollywood. High-end Indian productions, such as Bajrangi Bhaijaan, now touch the 90-crore mark (approximately $13m); 2013’s Waar, one of the most lavish and expensive Pakistani films yet, cost 17 Pakistani crore ($1.6m).

Partly, that’s because the country’s cinema infrastructure – approaching 100 screens nationwide, but still winnowed down from 1,500 cinemas half a century ago – is much smaller (and therefore film-making financially more risky).

But local filmmakers show ambition within these constraints: Waar is a smartly dialogued “war on terror” thriller whose glossy shot-making wouldn’t seem out of place next to episodes of CSI. 3 Bahadur, Pakistan’s first CGI animation (which became a franchise with a second instalment in December), looked a little rudimentary, but had flashes of innovative technique, too.

While there are a fair amount of sub-Bollywood masala meanderings around, such as last year’s inexplicably popular comedy Wrong Number, what’s distinctive about the Pakistani industry is that it more readily incorporates Hollywood mores, too. 3 Bahadur, about three children who acquire extraordinary powers to fight off a demonic thug with a flaming forearm, is American superhero wish-fulfillment relocated to dusty Pakistani plazas. Dukhtar, a fantastic independent 2014 film about arranged marriage, looked on paper like staid “world cinema” but turned out to have the propulsive dynamism of a thriller.

Waar is very much built on those sleek American lines, too, but fascinating things happened at the crossroads of its influences. Amid all the dawn raids and black-ops tough talk, it halts for a quite demented celebratory tango between its two villains; a piece of uplifting camp expressionism that’s pure Bollywood.

So the Pakistani industry is situated in its own place. Which could be advantageous as it develops – it often sticks to shorter and presumably more exportable runtimes, for one thing. It’s clear, though, that it can’t do without Bollywood for the time being. Not only to fill cinema seats, but in terms of India as an on-screen topic of discussion, too.

Last year’s romantic thriller Bachaana squashed Kashmir into the backseat of a cab by making an unlikely couple of Indian holidaymakers and a Pakistani cabdriver. A little contrived, perhaps, but more progressive than Waar – which for all its visual sophistication and scriptcraft still made India the terrorist bogeymen in the most regressive way.

It’ll be interesting to see if the long-delayed Yalghaar, due this year, can move beyond cheap nationalism. Budgeted at 72 Pakistani crore ($6.8m), the action thriller will easily be the biggest local production yet. Directed by Waar producer Hassan Rana and supposedly focusing on the lives of anti-terrorism personnel and armed fighters alike, it has already attracting some jingoistic cheerleading.

One of its stars says Yalghaar is a tribute to “the young, passionate officers and soldiers whose patriotism is throbbing with every heartbeat for their country”. But attracting the kind of global interest the film wants might mean championing a less parochial perspective.

Hopefully, this wannabe gamechanger will bring the spirit of enlightened action, just as December’s lifting of the Bollywood ban opens up the next chapter in the Lollywood story. 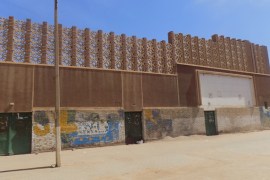 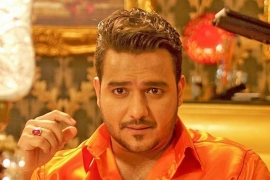 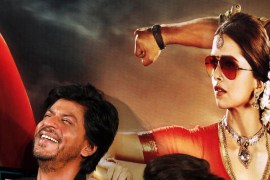