Kabul, Afghanistan – Hidden in plain sight, on a poorly lit busy road, the exteriors of the Asmayee temple are deceiving – a plain, old building that could easily be confused for any other building in Kabul.

In contrast, the mosque next door stands out with its beautiful, intricate architecture. The call for evening prayers from the mosque intertwines with the sounds of the Hindu chants resonating from within the halls of the temple.

Several finely dressed, middle-aged women, move in and out of the many rooms of the vast temple complex, offering prayers and lighting candles. There are seven rooms built in a circle that serve as the temple for the various Hindu goddesses and gods, and one expansive hall, colourfully decorated and covered in Persian carpets, that serves as the community prayer room.

The women celebrate separately from the men. There is also a separate dining hall and community kitchen for the men and women who come to the temple.

Ramnath, 25, explains that “this is because the culture among Afghan Hindus is predominantly Pashtun”.

Over the years, Hinduism in Afghanistan survived and thrived in Pashtun-dominant provinces, resulting in a confluence of cultures that combines practices and rituals of the region.

“If you go up the hill, there is another small temple of the Sherawali,” says Ramnath, referring to the Hindu goddess Durga by one of her many names.

“It was said that years ago, a white river of milk flowed down from the foot of the statue of the goddess to Kabul. This is how this place got its name joy-e-sheer, which translates to ‘stream of milk’ from Dari,” Ramnath tells as the men gather quietly in one of the rooms over a cup of tea.

“Of course, those are reminiscent tales of the past. Who can tell how much of that legend is true?” he adds.

READ MORE: Inside the little-known kitchen of Afghanistan’s Sikhs

A history of diversity and repression

Afghanistan’s history is full of such anecdotes and lore about a substantial thriving community of Hindus and Sikhs who have called this country their home over the centuries.

“There is a place in Jalalabad where it is believed Guru Nanak visited in the 15th century and is very sacred to the Sikhs in Afghanistan,” says Rawail Singh, an Afghan Sikh civil rights activist, adding that Jalalabad, to the east of Kabul, continues to have a substantial Sikh population.

But, sociologists note, the population of Hindu and Sikh minorities has seen a drastic decline over the past several decades.

“If you go through the evidence and data from the 1970s to date, you will be able to see how drastically their population has fallen,” says Ehsan Shayegan, an Afghan researcher with Porsesh Research and Studies Organization studying the minority religions of Kabul.

Although there is no census data available in the country to estimate exact numbers due to years of war and conflict, the community members themselves speculate that there are perhaps no more than a few thousand Hindus and Sikhs left in Afghanistan today.

“It is estimated that Hindus and Sikhs make up around 3,000 Afghans scattered across provinces of Kabul, Nangarhar and Ghazni,” says Singh. “In 1992, they were a 220,000-strong community, just before the start of the civil war in Kabul. It was also around the same time that our problems started,” he says.

According to Singh, during the years of Mujahideen rule and the civil war in the early 90s, after the fall of the Soviet-backed government, were the worst for Afghan religious minorities.

“We were harassed, our lands were forcefully taken, we were persecuted and even killed for even slightest display of our faith. Kidnappings of Hindus and Sikhs were rampant,” he recalls.

Many Hindus and Sikhs who spoke to Al Jazeera agreed that in comparison, the Taliban regime that followed, although extremely conservative and discriminatory, offered a relief from the repression of the Mujahideen.

“Under the Taliban, we were often required to identify ourselves in public by wearing a yellow armband, but were largely left alone,” Singh explains.

After the United States invasion in 2001, many Hindus and Sikhs who had fled the country in the last decade retuned, including Singh and Ramnath, who had briefly moved to India and Pakistan with their families.

“The first few years of the Karzai regime were very prosperous,” shares Amarnath, Ramnath’s older brother, in Pashto, one of Afghanistan’s national languages.

However, things quickly started to deteriorate as Mujahideen groups returned after President Hamid Karzai came to power and gained positions in government and ruling structures.

Threatened and afraid for their lives, many have felt compelled to leave again. “There were around 100 families in Khost, but they’ve all left because of the conflict and moved either to India, or are in Kabul,” says Ramnath. He moved his family from Khost, a city also in the east of the country, to Delhi in 2009, but he continues to work in Kabul.

“There are no Hindus in Khost today,” he says.

Despite the continued violence in the country, religious persecution remains the strongest motivator for Afghan Hindus leaving the country.

At the Hindu temple, people say the temple hasn’t faced any direct threat so far. “We have been left to practise our faith in peace,” one man says.

“If we don’t hurt anyone, why would anyone want to hurt us?” Ramnath adds.

“The security of the country is deteriorating for all – whether they are Hindu or Muslim. When you leave the house in the mornings, you can’t guarantee you’ll return alive in the evening,” he says.

On December 29, 2016, an Afghan Sikh Nirmohan Singh, fondly known as Lala Dilsoz, was killed by armed gunmen in Kunduz. The city has has seen repeated bouts of heavy fighting where the Taliban has made attempts to capture the city. An outcry from the Hindu and Sikh communities and other Afghans followed the murder, with some community leaders reportedly appealing to the Indian Prime Minster Narendra Modi to “rescue the remaining Afghan Hindus and Sikhs” by providing them asylum in India.

The emigration figures are serious, with Afghanistan producing significant numbers of refugees – second only to Syria, according to a UNHCR report. The Taliban has gained more ground than the last 15 years and even the Islamic State of Iraq and the Levant group (ISIL, also known as ISIS) has dug roots in parts of the country.

However, despite Ramnath’s reluctance to admit this, Hindus in Afghanistan are leaving because of religious discrimination and social exclusion, insists Shayegan. Incidents of systematic and institutional discrimination have even made local headlines, although many more go unreported, he says.

Singh agrees. “There is only so much a community can tolerate. We can’t practise our faith openly; our children can’t go to school because of harassment; we can’t even cremate our dead without being stoned by the public,” he says, referring to the 2012 incident when civilians and security forces prevented them from performing funeral rites at their ancient cremation grounds, parts of which had been taken over by armed locals.

With years of war and internal conflict, the minorities in Afghanistan have fallen through cracks, where even the international and local civil organisations often fail to notice and recognise the plight of the Afghan Hindus and Sikhs.

Kamal Sadat, Afghanistan’s minister of culture and information, agrees that the treatment of the minority groups hasn’t been fair, but says the government is taking necessary steps to address the matter.

“It is indeed tragic how our Hindu and Sikh brothers have been treated over the years. They’re an integral part of our history and community, and we are working to improve their conditions,” he told Al Jazeera, adding that the government was looking into all allegations of land grabbing made by Sikhs and Hindus.

The problem, however, lies in the inadequate systems and institutions that were brought in place post-2001, according to Shayegan.

“Our new constitution was drafted to imitate some of the best model constitutions of the world, but they are still inadequate when it comes to supporting a pluralistic system of democracy,” he says. He notes, for example, the example of Article 62 that prohibits non-Muslim Afghans from becoming president of the country.

“The constitution guarantees equal rights to all Afghan citizens in Article 22 and then contradicts itself in Article 62 by excluding a section of the population,” Shayegan points out.

Furthermore, courts that operate on laws emulating Islamic religious law are sometimes unsuited to the needs of the religious minority populations. “When we go the courts, at times they ask us if we are even really Afghan. Can’t a non-Muslim be an Afghan?” he asks.

Despite the discrimination, Afghan Hindus and Sikh strongly identify with their national identity.

“Of course, I am an Afghan first,” Ramnath answers fiercely when asked about his Afghan identity. “This is our land, the land of our ancestors. We owe our loyalty to the soil of Afghanistan – we are Afghans,” he says.

“But if our life is under threat, if our families are faced with risks, we have to leave,” he adds with some sadness.

At the Hindu temple, the men huddle together in rooms for a shared meal of delicacies of sweet rice made with raisins, sweets, and dried fruits. In the evening, they sit around in a candle-lit courtyard talking and speculating over the future of Afghanistan, a country they love dearly.

“As of now, I would not want my children in Delhi to return to this life in Kabul,” says one of the older men. “Maybe if the situation changes and things get better, they might come back to better Afghanistan,” he says. 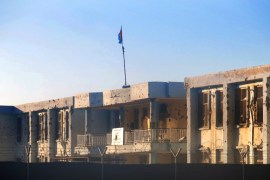 Women who searched female passengers had received death threats from those who disapproved of them having careers. 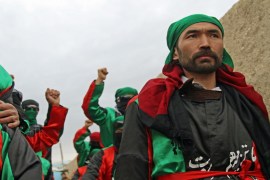