New York – Last September, many Iranian Americans hoped that US President Barack Obama’s nuclear accord with Iran marked the start of a diplomatic thaw that would make it easier for them to live in the US and deal with folks back home.

This week, one year after Congress allowed that deal to pass, many say they were short-changed. Visa rules are tougher now; and Washington’s unilateral embargo on Iran has barely changed, making routine money transfers a risky business.

And Donald Trump, the Republican presidential hopeful who wants to regulate entry to the US for Muslims, is not making life any easier.

“The nuclear deal with Iran has benefited Europeans and loosened up sanctions there, but there’s been no relief for Iranian Americans,” Tina Monshipour Foster, a New York City lawyer for clients of Persian heritage, told Al Jazeera.

“US officials often don’t understand the embargo law and are overzealous in their prosecutions.”

One of her clients, a freelance Iranian-American interpreter, received a $3,000 payment from a European publisher for working on a book. Unwittingly, they cited the reason for the payment as: “Farsi translation”.

The bank reported this to US officials, who froze the transfer. “There was no violation of sanctions, no illegal activity. Just the use of the word Farsi caused the money to be frozen, and a whole lot of trouble in getting it back,” said Foster.

The translator, who asked not to be identified, spent time and more than $3,000 to release the funds. Other clients have had bank accounts closed and been barred from opening new ones, often with little by way of explanation, added Foster.

“For the banks, it’s not worth the risk of a big government fine, even when transactions are legitimate,” said Foster.

Al Jazeera spoke with several Iranian Americans who said a heavy-handed approach continued long after the Iran deal was passed. Many cited cases of discrimination, but wished to remain anonymous for fear of irking sanctions officials.

There are an estimated one million Iranian Americans. Many describe themselves as victims of tensions between two nations that have derided each other as the “Great Satan” and part of an “Axis of Evil” since Iran’s religious revolution of 1979.

Washington’s decades-old trade embargo bars US citizens from supplying goods, services or technology to Iran or its government. Family remittances are exempt, but even these are difficult because direct US-Iran bank transfers are impossible.

This affects many Iranian Americans, including students at US colleges, who struggle to get money from back home to pay tuition fees, and others who have a hard time receiving their inheritance or settling the estates of deceased parents in Iran.

Many turn to hawala, an honour-based banking network of the Middle East. Transfers are usually above board, but the system is prey to money launderers and terrorism financiers. US police probes and prosecutions can follow.

READ MORE: Tourism on the rebound in Iran

Last year’s deal between Iran, the US and five other world powers, which curtailed Tehran’s nuclear projects in exchange for sanctions relief, raised hopes that Iran’s banks would quickly join the global economy.

Major European banks were expected to start transacting with their Iranian counterparts, meaning they could act as intermediaries for money transfers between relatives in the US and Iran. This has not happened.

They are wary of being targeted by US regulators – and with good reason. In 2014, the US fined France’s top bank, BNP Paribas, an eye-watering $9bn over banned transactions involving Iran, Sudan and Cuba.

In June, Iranian Foreign Minister Mohammad Javad Zarif said the “psychological remnants” of curbs on Iran were still deterring business, and that Washington should do more to encourage banks to engage with Tehran.

Many Iranian Americans agree. According to a Zogby Research Services poll in March, more than half of 400 respondents said that letting Americans invest in Iran was a “top priority”. More than a third said it was time to lift the embargo.

According to Tyler Cullis, a legal fellow at the National Iranian American Council, a lobby group, at least one major European bank is poised to start transacting with Iranian institutions “within the next 12 months”.

Despite that glimmer of light on the horizon, the nuclear deal has faced blowback from hawkish US politicians, Cullis added.

“The nuclear accord’s detractors have really taken the scalpel and tried to tear this thing to pieces,” he told Al Jazeera.

Narges Bajoghli, 34, an anthropologist at New York University, said college dons often nix visits to Iran because they are “scared of being sued by the government”.

She described archaeological digs and sociology trips being blocked this past year, even when the research “doesn’t come close to national security” concerns. “It prevents knowledge production; it goes against everything we stand for,” she told Al Jazeera.

A US Treasury spokeswoman acknowledged that US citizens “continue to be generally prohibited from engaging in most transactions or dealings with Iran … even after the implementation” of the nuclear deal.

But, she added, some “non-commercial, personal remittances” continue to be allowed.

Money is not the only issue for an Iranian-American community that keeps strong ties with relatives. Some 64 percent connect with family and friends overseas several times a month; more than a third travel back occasionally.

In January, the US imposed tougher visa rules on members of 38 nationalities – including most Europeans and some Asians – who have recently travelled to Iran, Syria, Iraq or Yemen. Extra restrictions were also imposed on dual citizens.

That law was passed by a Republican-dominated Congress after the deadly Paris attacks.

Hadi Ghaemi, an Iranian American who runs the International Campaign for Human Rights in Iran, said the new rules made it harder for many academics, businessmen and other Europeans with Middle Eastern connections to visit the US easily.

All these issues – from US foreign policy to fears of terrorism and Muslim migrants – have rolled into a 2016 presidential campaign that pits Trump, a raucous property mogul, against Democrat Hillary Clinton.

Ahead of the November 8 vote, Clinton speaks of maintaining Obama’s nuclear accord, but Trump decries a “disastrous deal” and calls for restraints on Muslims coming to the US to stop more San Bernardino-style attacks.

Progress for Iranian Americans has “frozen” in such a bitter cycle, said Ghaemi. “There’s a lot of uncertainty what will be the fate of this deal following the election of either Clinton or Trump,” he added.

Trump’s talk jangles nerves. Some 68 percent of Iranian Americans in the Zogby poll expressed worry that rhetoric would spur discrimination – a sharp uptick from the 39 percent of respondents the previous year.

“There’s a tremendous amount of concern that their ties to Iran as well as their ethnicity could lead to discrimination,” Morad Ghorban, a policy director for the Public Affairs Alliance of Iranian Americans, a research group that commissioned the survey, told Al Jazeera. 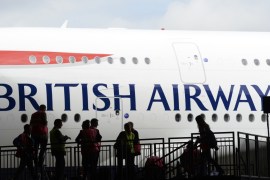 Move comes after interruption of nearly four years and is another sign of Iran’s closer ties to Western countries. 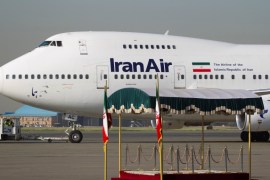 The agreement, which aims to renew Iran’s aged passenger planes, is awaiting final approval by US Treasury authorities.