New York, United States – It resembles the plot of a sci-fi disaster movie: bacteria evolving resistance to modern drugs, doctors scratching their heads as once-curable maladies return and claim lives like they did in centuries past.

Everly Macario knows this is all too real. Over several days, she watched her 15-month-old son, Simon, vomit, gasp for breath and break out in blisters as he succumbed to MRSA, a drug-resistant type of staph bacteria.

The broad-spectrum antibiotics that doctors prescribed had little effect, 50-year-old Macario, told Al Jazeera. Simon died from sepsis, and the family’s life in suburban Chicago came crashing to an end.

“You have this false sense of security and reliance on modern medicine,” says Macario, now a campaigner with Supermoms Against Superbugs.

“How did we get to the point where we have just squandered this miracle medical gift?”

On September 21, superbugs get elevated to the top of the global agenda, with World Bank President Jim Yong Kim, GlaxoSmithKline drug firm boss Sir Andrew Witty, and others meeting at the United Nations to keep antibiotics and other drugs working for future generations.

UN General Assembly health summits are rare and reserved for crises such as HIV and Ebola. Envoys will raise the profile of the threat and launch a coordinating body to help countries act and report back on progress in 2018.

Samantha Power, Washington’s UN envoy, said the meeting reflected a “newfound sense of urgency” on superbugs. She outlined tough talks with drug firms to come. Telling Al Jazeera that a meeting alone, however, will not create a solution to the problem.

Critics warn that governments still lack the resolve to tackle the issue head-on, for instance by curbing antibiotic use on farms, investing in new drugs and pushing doctors and patients to use medicines sparingly and carefully.

Some 700,000 people die from drug-resistant strains of tuberculosis, sepsis, diarrhoea and other illnesses each year around the world – a figure that could rise to 10 million by 2050, says a UK government review. About 50,000 of the deaths are in Europe and the United States.

This week, the World Bank estimated that deaths and medical costs from drug-resistant bugs could cost poor countries 5 percent of their economies by the year 2050 in a global crisis that could be as pricey as the 2008 financial meltdown.

Early last century, an infected pinprick could kill. Harnessing penicillin’s bug-killing powers in the 1940s and the subsequent development of 20-odd classes of antibiotics ushered in a golden age of medicine that saved millions of lives.

But bugs fought back, evolving resistance to these miracle cures. This month, Harvard Medical School researchers used a table-sized petri dish to showcase how they mutate to overcome the drugs designed to kill them.

“We’re getting to the point where most people have to do battle with a bacterial infection the way their great-great-grandparents did,” health scholar Laurie Garrett, of the Council on Foreign Relations think-tank, told Al Jazeera.

The presence of antibiotics makes hospitals a fertile ground for superbugs, though they can be caught elsewhere. Medics fear that, one day, caesareans and other operations will be too risky to perform with so many drug-resistant bugs lurking nearby.

Ramanan Laxminarayan, director of the Center for Disease Dynamics, Economics and Policy, lauded this week’s meeting as a good start but told Al Jazeera that countries “have shied away” from setting themselves firm targets.

It is an uphill struggle, involving money and research into new drugs and more rules and monitoring on farmers, doctors and patients. This must be done not only in the West, but in poor countries that struggle to keep tabs on every clinic and ranch on their turf.

The “low-hanging fruit” is antibiotics use on farms, both to fight illness and fatten animals, which breeds reservoirs of resistant pathogens, said Garret. In the US, 70 percent of antibiotics sold end up in beasts and fowl, mostly via their water and feed.

READ MORE: Is the world losing the fight against ‘superbugs’?

Politicians can legislate against this, but they run into powerful farming lobbyists who argue persuasively for another good – helping working-class families feed themselves cheaply from supermarkets and fast-food joints.

This week’s survey by the Natural Resources Defence Council, found that McDonald’s and others are using fewer antibiotics in factory farms than before, responding to consumer pressure, while Burger King, Starbucks, KFC and others have yet to make progress. [PDF]

Limiting their use in people is another step. The drugs can be bought over-the-counter in many places, meaning that they are used frequently, inappropriately and unnecessarily, raising the risk of bugs developing resistance.

In developed countries, patients often desire the validation of an antibiotics script, and will shop around till they find an obliging medic. They are often doled out for viruses, against which they have no effect.

Some patients stop their pill courses early upon feeling better, leaving behind small, resistant rump infections. A common misconception persists: that it is the human body – not microbes – that develop resistance to drugs.

The final challenge is developing new drugs, as big pharmaceutical firms have halted much research into antibiotics due to poor returns. New drugs are made in small batches to be used as last-ditch weapons against resistant strains.

Biotech start-ups could develop drugs with funding from governments, investors or academic prizes. But, as Keiji Fukuda, the World Health Organization envoy on antimicrobials, told Al Jazeera: “The answer to that is not clear yet.”

Down the road, scientists talk of a post-antibiotic era. Antibodies, genomics and phages – viruses that prey on bacteria – offer hopes of future cures. Others call for more vaccines and their wider use, particularly in poor countries.

READ MORE: Take as Prescribed – Drug addiction in the US

For Amanda Glassman, of the Center for Global Development, the problem is politics, not science. The West deployed troops to halt Ebola’s spread in West Africa; there are fewer photo-opportunities fighting superbugs.

“It’s a preventive investment with no immediate benefit,” Glassman told Al Jazeera. “You’re not saving a life right in front of you; you’re saving a potential life that you’d have lost in the worst-case scenario.”

For Mike Schroeder, an American University politics professor, this is a chance for WHO to assert itself after suffering a “pretty bad beating” over its tardy response and weak leadership in the 2014 Ebola outbreak.

“Whether it can answer those concerns by taking the lead in public health emergencies while also forging longer-term, multi-stakeholder commitments on antibiotic resistance for 10 years down the road remains a big question,” Schroeder told Al Jazeera.

Nauman Rana, 35, is hopeful that the UN meeting will spur action. Three years ago, the financial consultant caught a strain of drug-resistant tuberculosis. Diagnosis and treatment were slow as he shed weight, coughed up blood and edged towards despair. Since then, she says she has seen more awareness among politicians and more funding.

“I’m blessed to be alive and healthy, but it really does take two years of your life away,” Rana told Al Jazeera. 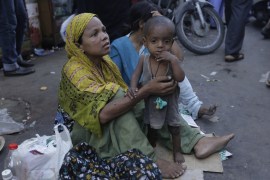 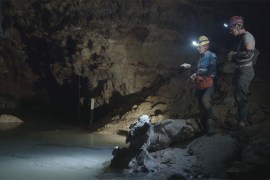