Yokohama, Japan – Tattoos have long been linked to organised crime in Japan with intricate imagery typically inked across the entire bodies of Yakuza gang members.

While tattoos are banned on beaches and in public baths in Japan, the country’s leading tattooer has seen the body art gradually lose the crime label so often attached to it.

In a tiny, cluttered room in Yokohama, Horiyoshi the Third has been perfecting his brand of irezumi – Japanese full body tattoos – for five decades.

He wants the controversial art form to be viewed as an integral part of Japanese culture.

“We have to appreciate irezumi as a cultural tradition in Japan,” Horiyoshi told Al Jazeera. “We have to pass it on.”

From face markings of the indigenous Ainu to the detailed inkings that intrigued 19th century western visitors, Horiyoshi displays artefacts showing the history of the Japanese tattoo in his nearby museum.

“There’s a sense of beauty in that you have something like this to show, but you don’t show it,” Horiyoshi said.

“It’s like having a beautiful lining inside a coat and when it is revealed, it becomes all the more beautiful.”

The art form has a long history overwhelmed by its association with gangs and violence. It faced a backlash in the 1950s when authorities started to crack down on the practise.

Horiyoshi is not shy to disclose that many of his clients over the years have been Yakuza members.

But the tattoo artist says that the proportion of Yakuza customers has been falling year by year, as more ordinary Japanese want his work on their bodies. 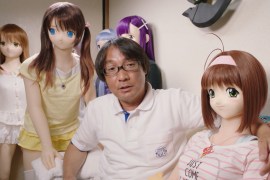 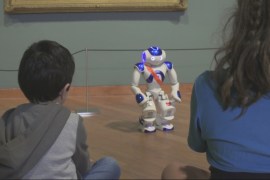