Toronto, Canada – Gabriel Allahdua admits he was caught off guard.

When he found out in 2011 that he was approved to come to Canada for a job as a seasonal agricultural worker, the 45-year-old was ecstatic.

He was unemployed at the time in his native Saint Lucia, an island in the eastern Caribbean, and thought “Canada came to the rescue” with the chance to once again provide for his family.

But there was “nothing before that [could] ever prepare” him for the working conditions he encountered on a farm in southern Ontario, Allahdua told Al Jazeera.

Allahdua came to Canada as part of the Seasonal Agricultural Worker Programme (SAWP), which allows Canadian employers to hire temporary farm workers from Mexico and 11 countries in the Caribbean for up to eight months each year.

The programme began in 1966 with Canada bringing more than 260 Jamaican workers to Ontario to pick apples amid a shortage of local workers. Jobs must be in the agricultural sector, and workers must have prior farming experience.

Allahdua is now a member of Justicia for Migrant Workers, a collective in support of foreign agricultural workers that launched the “Harvesting Freedom” campaign earlier this week.

The campaign aims to put pressure on Ottawa to give SAWP workers the ability to apply for permanent immigration status. It also hopes to connect seasonal agricultural workers to each other, raise Canadians’ awareness about their poor working conditions.

A caravan of activists left from Windsor, Ontario, on Tuesday, and an Ontario-wide tour will end in Ottawa on October 1, with stops in almost two-dozen Canadian cities along the way.

“Every fruit, every vegetable, that is placed on the dinner table, there is a lot of injustice associated with it,” Allahdua said.

Canada’s Temporary Foreign Worker Programme (TFWP) has come under scrutiny in recent years after reports of alleged abuses and lack of oversight surfaced, and the number of temporary foreign workers coming to Canada skyrocketed.

The SAWP is one of three branches under the TFWP.

The Live-in Caregiver Programme brings in workers to assist the elderly or young in their homes, while other temporary foreign workers work jobs that Canadians generally do not want to do, from fast-food restaurants to construction and the oil industry.

The TFWP is “aimed at filling jobs on a limited basis when no Canadian workers can be found,” said Lindsay Wemp, the immigration, refugees and citizenship Canada spokeswoman in an email to Al Jazeera.

To hire workers under the SAWP, an employer must submit a labour market assessment to Employment and Skills Development Canada (ESDC), the government agency in charge of the foreign worker programmes. That assessment verifies what impact hiring foreign workers would have on the Canadian job market.

“Qualified foreign workers have the opportunity to become permanent residents if that is their desire” through two Canadian immigration mechanisms, Wemp added.

In a 2014 article, written when he was leader of the opposition, Prime Minister Justin Trudeau said the TFWP “needs to be scaled back dramatically over time, and refocused on its original purpose: to fill jobs on a limited basis when no Canadian workers can be found”.

“Canada needs to re-commit itself to bringing permanent immigrants here who have a path to citizenship. This would return us back to first principles and the purpose of immigration: nation building,” Trudeau wrote.

Earlier this year, the government launched a federal review of the programme, and Bueckert said Ottawa would bring forward a plan to improve the TFWP this fall. The programme has already undergone changes aimed at protecting foreign workers and the Canadian labour market, and deter non-compliance, he said.

But critics say the review process was skewed in favour of employers, and groups lobbying for the workers’ rights were excluded from the consultations.

Tanya Ferguson, an organiser with Justicia for Migrant Workers who is involved in the Harvesting Freedom caravan, explained that seasonal agricultural workers in Canada are tied to their employers.

This puts the workers at risk of exploitation, and having their work permits terminated or being repatriated with little to no warning or recourse, she told Al Jazeera.

“Essentially they’re in work environments and relationships where they have no power at all … They’re completely at the mercy of their employer,” Ferguson said. “If you risk being terminated plus being repatriated to your country, you’re not going to do things that are in your own interests or protect your own safety.”

Seasonal farm worker Kevin Campbell, 33, has alleged that his employer sent him back to his native Jamaica with only  two days’ notice after he injured his back falling off a lift at work in Ontario, Justicia for Migrant Workers said in a statement.

Campbell was sent back before he could access medical treatment, the group said.

“It was awful and it’s not something you think will happen to you. But getting injured and then getting forced out of the country is shocking. This is not right, I didn’t ask to get hurt,” Campbell said.

A 2014 study published in the Canadian Medical Association Journal Open found that 787 migrant farm workers in Ontario were repatriated to their home countries due to medical and surgical needs, or injuries, between 2001-2011.

Ferguson said giving foreign workers the opportunity to apply for immigration status would help address the precarious position many find themselves in.

But Ken Forth, president of the Foreign Agricultural Resource Management Services, an agency that manages requests for workers and contracts under the SAWP in Ontario, recently told the Windsor Star that workers’ complaints were “nonsense”.

SAWP workers receive immediate medical coverage under Ontario’s provincial health plan, and the programme is subject to better conditions and oversight than others in the TFWP scheme, Forth said.

Under the SAWP, a foreign worker may be transferred to a new employer only with the workers’ consent, and with written approval from both a foreign government representative in Canada and the ESDC.

“If your employees were unhappy with you, how productive would your operation be?” Forth said, telling the newspaper that there might be some bad apples among the employers in the programme.

“There’s absolutely nothing that puts them in check because they are operating within their rights in the current system,” she said.

‘You don’t have a choice’

While cultivating tomatoes and sweet peppers in a greenhouse in southern Ontario, Allahdua said he shared a bedroom with eight other men, in a home that housed 62 other workers.

“I had to use earplugs so that I would be able to get some rest because there was no privacy,” he said, adding that without internet, he was cut off from his family and “cut off from the world”.

Like most seasonal farm workers, Allahdua’s work permit was tied to one specific employer.

“Whatever conditions they provide, you don’t have a choice,” Allahdua said.

He said most workers fear that demanding better conditions will result in their deportation from Canada.

“It’s a question of whether you put up with the daily conditions that you’re facing, or go back home. What do you do?” he said.

“So most people bear the conditions and that’s not an easy thing to do, to bear these conditions quietly.” 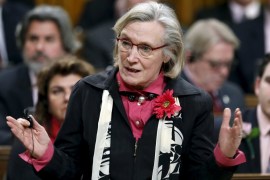 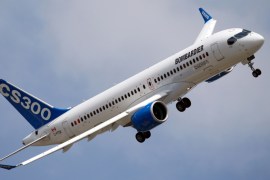 Canada to redress complaints of children on no-fly list

Up to 2,000 Canadians, among them children, are believed to be on the no-fly list.