I am a huge fan of my network’s motto: “Give a voice to the voiceless”. It finds its way into everything we do, from the stories we decide to tell, to the people we talk to in order to tell them.

With that in mind, I was asked to cover the third party conventions in the United States.

I talked to the Constitution Party in Salt Lake City, Utah. I spent a few days with the Libertarians in Orlando, Florida. I am now wrapping up my time with the Green Party members in Houston, Texas.

This assignment very aptly fits with our motto. Third parties in the US are, in many ways, voiceless.

Unlike the Democratic and Republican conventions, there is no army of media here to tell the story. In fact, if I tried to get the media that are here to play a game of pick-up football, we wouldn’t have enough to make up one team.

That is just one of the many difficulties facing third parties. The Democrats and Republicans joined together to come up with a debate commission.

It is made up of their members and they decide who can get on the stage of the presidential debates. The attention that a candidate gets in the debates is priceless.

Tens of millions of people tune in to hear directly from the candidates just months before they vote. The debate commission says the only people who can take part have to have 15 percent support in five major national polls.

In American politics, you have just a few ways to reach the 120 million people who are expected to vote.

The first, and free one, is through the media – the Green Party is not getting that at this convention.

The second way is paid media. The Green Party has $405,000 in the bank. The two major candidates have access to big donors and they will spend hundreds of millions of dollars in paid advertisements.

The Green Party is betting on the final way, through their followers. Their presidential candidate Jill Stein gave a press conference after wrapping up the nomination. She described how she sees this election. She says Donald Trump’s very unusual campaign is forcing Republicans to slide to Democrat Hillary Clinton. She believes that is pulling Clinton to the centre.

Given that logic, she believes the most progressive in the Democratic Party will start looking for a more liberal option and they may turn to her. There are a few dozen former supporters of Bernie Sanders at this convention. There is not a sense of a groundswell of new support. This convention has about 500 attendees, last time around it was 275.

There is one thing working against the Green Party more than anything else, and that is George W. Bush.

It is widely believed by political scientists that the only reason Bush won the election is because the Green Party put Ralph Nader on the ballot. He won around 97,000 votes in Florida in 2000. Vice President Gore lost Florida by fewer than 600 votes.

The Green Party disputes the allegation, but that defies basic logic. Some of Nader’s voters might have stayed home, but the vast majority wouldn’t even think about voting for Bush and his platform. He represents the opposite of what they believe.

If the Green Party starts gaining ground, expect the Democrats to constantly remind people of the 2000 election. Their message will be, “if you disliked Bush and his presidency, you should be way more terrified of what a Donald Trump presidency could mean”.

Third parties in the US do have a few things going for them. Americans are fed up with a government they don’t think is working.

Unlike generations past, the majority of Americans no longer see themselves as Democrat or Republican.

The challenge for third party candidates is convincing them that they are able to make the change they seek. First, they have to find a way to let them know there is a viable alternative.

Social media has changed the world in many ways; it remains to be seen if it can also change the American political system.

Still, the one common theme I’ve heard from all of the third parties: It’s 2016, and in this election, anything can happen. 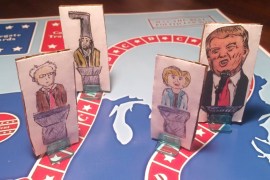 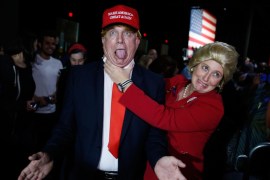 US election: The year of the angry voter 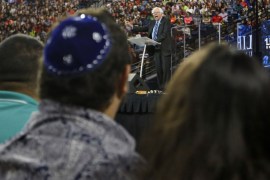 Increasing numbers of US politicians conclude that distancing from Israel does little to harm their political standing.