Egyptian war correspondent and journalist Yehia Ghanem continues his series of short stories on the wars he has covered and the people he has met along the way. Read the rest of his Caged series here.

In the years following the events of September 11, 2001, the image of the US in the Middle East was at its lowest. There were demonstrations against the invasions of Afghanistan and Iraq in Egypt and elsewhere, along with calls to boycott US products.

It was during these years, with relations between the US and the Middle East at an all-time low, that Americans finally began to answer the question so many of them had asked in the wake of 9/11: “Why do they hate us?” American officials and researchers had sat in my office at Al Ahram newspaper and asked me that very question.

But gradually, they had come to form their own answer: that the Arab world had been angered by the US’ support for and empowerment of the dictators who had oppressed them. The only recourse, they had concluded, was to help the region to establish more democratic governments.

Believing Egypt, the largest and most populated country in the Middle East, to be the locomotive that would drag the rest of the Arab world along with it, the government of George W Bush turned its attention there. US-based think-tanks and NGOs began to operate in Egypt, promoting notions of human rights, freedom of expression and the development of the media.

There was suspicion among Egyptians, of course. But there was also a growing sense, reflected in everyday conversation, that Arabs were, at long last, being heard; that our deep hunger for democracy was being recognised.

From outward appearances, the Mubarak government seemed to have decided to bow to the coming storm. But, unbeknown to the majority of people, its intention was to set up “NGOs” of its own – organisations that would infiltrate NGO circles and report back on those that were truly independent and would help the government set the agenda for the NGO community in Egypt.

In this context, it is important to point out that after the military took over in Egypt on July 3, 2013, many independent NGOs were shut down and, of those that remained, including the government’s NGOs, most turned a blind eye and a deaf ear to the unprecedented human rights violations taking place in the country, including the killing of peaceful protesters. But those same government-formed NGOs were vocal in smearing the toppled, democratically elected president, Mohamed Morsi.

Aware that democratisation also meant a free and independent media, the Mubarak government also spared no effort in introducing its own “make-believe” version of that. The government gave up its monopoly over public media, allowing the private sector the right to establish television stations, radio channels and newspapers.

What few people seemed to notice, however, was that only four families – all within Mubarak’s circle of business associates – were licensed to own private media outlets. In reality, these “independent” organisations served as safety valves to release the steam of public anger, all while protecting the government.

It was an open secret that, for years, a weekly meeting was held by the assistant minister of interior for public communication to discuss that week’s agenda for the major talk shows on the private channels. Anchors, columnists and journalists would attend.

When the moment of truth came – with the January 25, 2011 revolution – all of these media outlets defended the government and turned on the protesters, describing them as “Western conspirators” against Egypt.

But away from the pretend private media organisations and NGOs, genuine moves towards democracy were being made – by Islamic movements such as al-Jihad, a highly conservative Islamic group, many of whose leaders were jailed during the 1980s and 1990s, and al-Gama’a al-Islamiyya, who began reviewing their doctrines, which had previously permitted the use of violence to achieve regime change, either by directly targeting the dictatorship or by targeting those Western countries that supported it. As these movements disowned violence and endorsed democratic means of regime change, an important part of Egyptian society began to tilt towards democracy.

Of course, the Muslim Brotherhood had renounced violence in the late 1950s. But in 2006, 77 years after it was founded, the Brotherhood made another change to its doctrine – one that was ignored by Egypt’s public and private media: It recognised the right of jurisdiction of Christians and women. In Shariah law, this is referred to as the Major Jurisdiction, or al-Welaya al-Aama, meaning that a woman or a Christian could become president.

It was a major leap for the Brotherhood. But the Mubarak government sought to block the West from witnessing it; preferring to portray them as undemocratic terrorists.

When the West seemed to pick up on the signals regardless, the government took further steps to contain this process of democratisation. In 2004, it amended the constitution, creating the false impression that there would be genuine competition in the 2005 presidential elections. But it was just an illusion and efforts to eventually pass the presidency from Mubarak the father to Mubarak the son were already under way.

In the months after the 2005 vote, I was told by an adviser to Ayman Nour, Mubarak’s main opposition in it, that the Nour candidacy had been allowed only as part of the government’s choreographed elections. During the campaign, Nour had been surprised by the amount of support he received.

Still, the results did not differ from those of previous elections: with 88.6 percent of the vote, it was a landslide victory for Mubarak. Nour secured 7.3 percent and Noman Goumaa, another opposition candidate, just 2.8 percent. But it was enough for the government to be displeased with Nour. By getting what was an unprecedented level of support in a country that had for so long run single-candidate votes, he had embarrassed Mubarak.

It took just a few months until Nour found himself facing allegations of fraud. He was convicted and imprisoned. The message was clear: everyone would have to play by the regime’s rules. 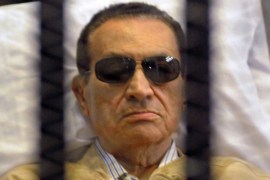 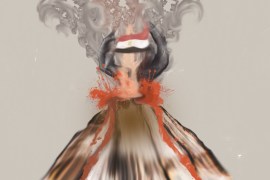 A confession on the 4th of July