When the Roman Emperor Jovian ordered the burning of the Library of Antioch in the 4th century AD, there was nobody around to make him answer for what ancient Syrian culture buffs deemed a “barbaric act”, according to records.

Modern history is littered with cases of wartime razing, from the levelling of Dresden to the Taliban’s Buddha demolition at Bamiyan.

Politicians have been slow to crack down on ruinous acts, but experts hope that this month the curve will bend in the right direction.

Ahmad al-Faqi al-Mahdi is expected to plead guilty to war crimes at the International Criminal Court (ICC) in The Hague after allegedly destroying holy and historic sites in Timbuktu as his al-Qaeda-linked group swept across Mali in 2012.

For heritage lovers, it is a watershed moment.

The first ICC prosecution (PDF) solely for tearing down monuments will deter other wreckers, such as the Islamic State of Iraq and the Levant (ISIL) group, they say.

“The case sets an important precedent by demonstrating, once again, that these attacks on heritage are really attacks on people,” said Tess Davis, a director of The Antiquities Coalition, which seeks to end ISIL-style racketeering.

“We’ve seen it before, from the Nazis to the Khmer Rouge and the Taliban, and we must end impunity for these crimes.”

The ICC has probed the events in Mali since 2012, when Tuareg rebels seized chunks of the country’s northern deserts and desecrated mosques, shrines and monuments in Timbuktu, a UNESCO World Heritage Site.

French and Malian troops pushed them back in 2013.

According to prosecutors, al-Mahdi, a former teacher in his 40s, led an anti-vice squad called al-Hesbah, which acted for the Islamic court of Timbuktu, while he was a member of Ansar Dine, a Tuareg rebel group allied with Al-Qaeda in the Islamic Maghreb (AQIM).

He is accused of directing attacks on nine mausoleums and the Sidi Yahia mosque in Timbuktu, a trade hub that became Islam’s “intellectual and spiritual capital” in Africa in the 15th and 16th centuries, according to UNESCO.

Mahdi himself spoke on screen, using the alias Abu Tourab, to declare the structures “forbidden” under Islam.

Some 4,000 ancient manuscripts were lost, stolen or torched during the group’s reign.

Fatou Bensouda, ICC prosecutor, decried an “irreplaceable” loss of history “felt by the whole of humanity, and at the expense of future generations”.

Losing the cradle of civilisation

Al-Mahdi, from Agoune, 100km west of Timbuktu, the so-called “City of 333 Saints”, was later detained by officials in neighbouring Niger and handed over to the court in the Netherlands, where he is in custody.

He is expected to plead guilty at the start of a week-long trial, which can be seen online. It will hear from lawyers, expert and character witnesses and a representative of nine victims before its three judges retire to consider the outcome.

If convicted, al-Mahdi faces jail, a fine and reparation payments to victims. Lawyers contacted by Al Jazeera estimated sentences of between four to 10 years, but said it was hard to predict how the ICC would balance the needs of justice in its first plea bargain.

According to heritage buffs, the case is needed now more than ever.

The Middle East hosts many ancient and valued sites.

“In a matter of days, weeks and months we’ve lost entire chapters of history and sites and objects that had survived for millennia. We’re losing so much from the cradle of civilisation on our watch,” said Davis.

ISIL famously destroyed The Temple of Bel and other sites among the 2,000-year-old ruins of Palmyra, in Syria, and smashed up many statues from the ancient Assyrian era after seizing the Iraqi city of Mosul in 2015.

But less well-known strikes on buildings belonging to Shia Muslims and Yazidis – groups that ISIL views as heretics – are more worrying to Davis, who sees heritage-trashing as a “red flag of an impending genocide”.

According to Lisa Ackerman, an official of the World Monuments Fund charity, heritage destruction in the modern-day Middle East compares to Europe’s intra-Christian violence of the 16th and 17th centuries.

Back then, an “incalculable number of sculptures was destroyed for being the wrong expression of Christianity,” Ackerman told Al Jazeera. In both periods, religious puritanism led to blood and toppled towers, she added.

The ICC’s Bensouda has spoken of prosecuting atrocities in Iraq and Syria but is hamstrung by the court’s limited jurisdiction. Ackerman and Davis both said that global rules on preserving heritage lack teeth.

The ICC builds on national and international laws that mention protecting valued sites in wartime, such as the Lieber Code, signed by then US President Abraham Lincoln after the Civil War, and The Hague Conventions.

Laws accompany practical steps. In World War II, conservators removed statues from plazas and stained-glass windows from churches across Europe to save them from aerial bombing raids, said Ackerman.

Similarly, many relics were shipped from Mosul’s museum to Baghdad before ISIL rolled into town.

Not every effort has worked. In the Balkan wars of the early 1990s, “blue shield” markers on historic sites, used to discourage attacks, were instead used by commanders to target buildings that were valued by an enemy ethnic group.

“They were used for the exact opposite purpose for which they were intended,” said Ackerman.

The ICC treaty outlaws hits on “buildings dedicated to religion, education, art, science or charitable purposes, historic monuments” and hospitals. But, in a crucial caveat, it permits acts that advance “military objectives”.

This is problematic. In World War II, Allied officials said bombing Dresden and other cities helped shatter German morale, slow the Nazi war machine and end the conflict. The same justifications are available to modern-day generals.

Meanwhile, historic sites are targets for other aims. The thick walls and high ground of Crac des Chevaliers, a fortress in western Syria, were as useful to rebel fighters in 2012 as they were to the Crusader force that built them 800 years earlier.

Syrian army generals knew this too, and bombed the castle’s chapel to dust.

The so-called “military necessity” waiver is among the toughest legal aspects of wartime conservation. Some examples of destruction are clear-cut – neither al-Mahdi’s mosque-trashing nor Nazi Germany’s Kristallnacht served a military purpose.

But other examples are trickier. Did US troops err by toppling Saddam Hussein’s statue at the end of the Iraq War? Was Al-Qaeda’s Pentagon hit on 9/11 a reasonable target, given the group’s military goals?

And, hypothetically, if ISIL chief Abu Bakr al-Baghdadi were holed up in a historic citadel, would US warplanes be correct to bomb the building – killing the leader but destroying a prized landmark in the process?

Experts are divided on such tough questions.

Tim Slade, the director of The Destruction of Memory, a movie on the topic, said he wanted generals to think twice before pulling the trigger, but acknowledged that they are “weighing up various factors” in split-second decisions.

Others take a tougher line. For Nada Hosking, a director at the Global Heritage Fund, a conservation group, there are no exceptions and buildings deserve similar protections to people. “It has to be a law across the board,” Hosking told Al Jazeera.

For Ackerman, the key is keeping better inventories of valued sites and objects, especially in poorer countries, and protecting them when fighting starts. For Davis, the ICC needs to be able to flex its muscles more easily.

According to Harvard Law School scholar Alex Whiting, progress is slow, but gains are palpable.

“When the US invaded Iraq, there was chaos, looting and the destruction of art and culture. No one had prepared for it at all,” Whiting told Al Jazeera.

“This process is about drawing attention to the importance of those things. Hopefully, more care will be paid in the future.” 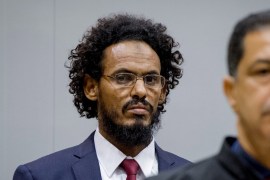 ICC hearing to decide on ‘destroyer’ of Timbuktu sites 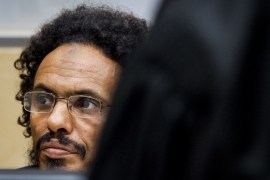 In the first case of its kind, Ahmad al-Faqi al-Mahdi is tried at the ICC over destruction of Timbuktu mosque and tombs.