Paris, France – Docked along the Seine, the Petit Bain is a floating cultural event space that features musicians, DJs and artists. Recently, the venue was host to several refugee chefs who prepared their recipes for hungry and curious Parisians as part of an inaugural Refugee Food Festival.

Reservations for the evening filled up fast and about 110 people gathered to eat Syrian and Iranian food prepared by two refugee chefs.

Linda, 27, a Parisian woman, who preferred not to give her last name, said this was her first taste of Syrian food. She liked the falafel and other mezze, and loved the idea of refugee chefs having a platform to share their cooking.

Images in the media of refugees struggling to survive in the infamous camp in northern France called the Jungle of Calais portray them as people “you would not want to meet”, she says.

“With this food, you can imagine their lives; it brings you closer.”

For Moayyad Hamoud, a Syrian refugee from the Eastern Ghouta neighbourhood on the outskirts of Damascus, which was attacked by chemical weapons in 2013 , cooking is both a means of survival and a way of sharing his culture and a part of himself.

“People see refugees as numbers,” he says, moving quickly around the kitchen as the orders flow in. “But each person has a dream, a story, a family – a life.”

The refugee chefs working at the Petit Bain were brought together by Les Cuistots Migrateurs, The Migratory Chefs. Louis Jacquot, the cofounder of the group, quit his job to launch the catering start-up that focuses on authentic world cuisine created by refugee chefs and helping them to integrate socially and professionally into the French culture.

“Sometimes, the only contact refugees have here with the French is through social assistance,” Jacquot says. His focus is on the power of good food.

“If people come for the cuisine, they will keep coming back. And through food, we can bring people together.”

The 29-year-old political refugee learned to cook as a child from watching his mother in the kitchen. He became a professional chef in Iran.

Everything changed when his mother, a photojournalist working for the government-run news agency IRNA, was targeted for covering the 2009 protests calling for the removal from office of the president, Mahmoud Ahmadinejad. He says she was imprisoned and tortured, and the regime stripped her of everything she owned – from her apartment and car to her grandmother’s jewellery. She received asylum in France.

Nourouzi tried to stay in Iran, but says he, too, was targeted for his mother’s work. He fled to France three years ago.

A family member who came to the Petit Bain for dinner with Nourouzi’s two young children mused: “Iran is our homeland. France is now our home.”

But the kitchen, Nourouzi says, is the place that really feels like home.

The Refugee Food Festival, an event held for the first time in Paris from June 17-June 21, falling around World Refugee Day on June 20, was as much about cultural interaction as it was about good food.

Louis Martin, cofounder of the food organisation that founded the festival, Food Sweet Food, believes food is a great unifier and a way of changing the conversation about refugees.

“Most of the information around the arrival of refugees focuses on misery and destruction. While this reflects reality, it is not everything,” Martin says. “Refugees are also people with knowledge, know-how and competence.”

This savoir-faire in the kitchen is not only a possibility for social and economic integration. Martin believes it can play another, gastronomic, role. “The arrival of refugees is an opportunity for the culinary scene in France.”

The festival fostered a connection between French chefs and refugee chefs that led to a collaboration over recipes, ingredients and experience.

For Stephane Jego, chef of the famed bistronomy restaurant, L’Ami Jean, the project was not only a fusion of food, but also a partnership.

INTERACTIVE – Alex Assali: The Syrian refugee giving back to Germany

“The language of gastronomy is universal,” Jego says. He calls cooking with Mohammad al-Khaldy, the Syrian chef he was paired with, “a creative cuisine with four hands and two heads” experience.

Khaldy introduced him to a spice called za’atar, a mix of thyme and other spices well-known in Syria and Lebanon, to be combined with olive oil on bread. Jego smelled it, tasted it and smiled.

“This will stay on our tables. It will be the mark of this moment in my life.”

For Khaldy, the innovative seven-course meal featuring farm-raised quail, lamb and fish was “perfect”. His passion for cooking had found a home in Paris. “I bring my taste from Syria,” he says, “and with the experience of Jego, we have the first mix of French and Syrian gastronomy.”

Jego sees his restaurant as a place where people can “come and write their own stories”.

For Khaldy, this represents a new beginning. He had to flee Syria in 2012 after his house was bombed and destroyed, and the Syrian government tried to recruit him into the Syrian army. He made his way through Lebanon and Egypt, taking a dangerous boat journey from Libya to Italy, then through Europe before finally arriving in Paris eight months ago.

Now 36, Khaldy has been cooking since he was 16. He first learned from his mother and then studied cooking professionally, building a career in Damascus, creating restaurants, launching a food brand and a cooking show – all of which were either destroyed or left behind because of the war.

The chefs pass through the restaurant talking with diners eager to take a picture or shake their hands.

Khaldy takes a quick break, as he has been cooking all day while fasting for Ramadan, and reflects on his future.

“I have spent money on two things in my life – my home and my mind. My home is destroyed. Now all I have left is my mind.”

He will soon begin working as a chef at a new restaurant serving Syrian food, but dreams of opening his own restaurant that would represent a fusion of Syrian and French cuisines.

At the end of the several-hour lunch service, the two chefs rest together outside, tired and happy, with bits of food on their chef clogs.

“From chef to chef,” Jego says, as the two clasped hands, “this is a real success.”

Then they head inside, ready to start again for the dinner service.

‘Our life is here now’

At Indonesia, a restaurant in a different arrondissement, the story of cuisine and collaboration came full circle. Anita Sobron, the chef who runs the kitchen in this cooperative restaurant, arrived in France 17 years ago as a refugee. Indonesia opened with four refugee chefs and four French partners.

For Sobron, “food is a way to communicate with others”, and she wanted the interaction with Fariza Izakova, a Chechen chef at the restaurant, to be “a collaboration, teamwork, a transmission of food knowledge from one to the other”.

As such, they worked on the recipes together, using what already existed on the menu to add Chechen influences.

“The cuisines are very different,” Sobron says, “and at the same time, there is overlap. For example, we both use a lot of coriander.” So Izakova and Sobron decided to fuse the meat dish preparation with a coriander spice.

For Izakova, “cooking is important”. She fled the war in Chechnya, arriving in France as a 17-year-old girl. She learned to cook from her mother and grandmother. Cooking for her was a way to do more than just exist in France, she says.

Now 32 years old and a mother of three, she says she could have “cleaned houses or ironed shirts”. But as a chef, she chose to “make things, to play with food and experiment”. Food for her is a connection to her family, but it is not nostalgic. “Our life is here now,” she says.

Louis Martin, of Food Sweet Food, believes that a good chef and good food can indeed create a universal language that connects people. “The objective of the Refugee Food Festival,” he says, smiling, “is to seduce Parisians.” 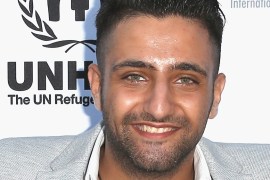 Mahmoud Bitar, who has hundreds of thousands of fans, participates in festival after a long journey from Aleppo. 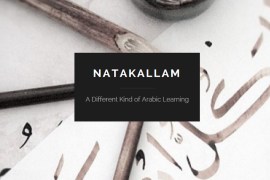 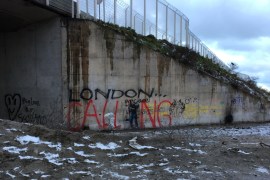