This Friday and Saturday, Poland will host a NATO summit in Warsaw. Twenty-eight heads of state and government will gather to discuss possible measures to deal with what the secretary-general of NATO, Jens Stoltenberg, calls the “unprecedented security challenges” facing the alliance.

One of the main points on the agenda will be the deployment of four multinational battalions to Estonia, Latvia, Lithuania and Poland, all of which border Russian territory.

Tensions have been rising in the region since Russia’s annexation of Crimea in 2014 and the ongoing war in eastern Ukraine, in which Moscow has been accused of meddling.

There seems to be a growing fear in the Baltic countries and Poland that Russia could also interfere in their countries, particularly after the Russian foreign ministry warned in 2014 that it would protect Russian speakers in the three Baltic states – Estonia, Latvia and Lithuania, which are all NATO members.

In 2015, Lithuania reintroduced compulsory military conscription, which it had scrapped in 2008.

All four countries – the Baltic states plus Poland – have urged NATO to bolster defence on the eastern flank.

“We need a credible deterrence policy in the Baltic region to influence the Russian calculus to make the costs of interference too high,” Estonia’s President Toomas Hendrik Ilves warned in May.

An increasing number of NATO military exercises have been taking place in the region, with the most recent one in Poland, Anaconda-2016, involving 31,000 troops from 24 countries – the largest war game since the Cold War.

Russia has also been holding an increased number of military drills in recent years. Ninety-five thousand troops participated in its largest military exercise of 2015 and, this month alone, it has conducted at least six military training exercises on the European side of the country.

NATO and Russia: Who is threatening who?

The Baltic countries may be feeling particularly vulnerable because of their sizeable ethnic Russian minorities. In Latvia, ethnic Russians make up roughly 27 percent of the country, in Estonia it is about 24 percent and in Lithuania it is nearly 6 percent.

As Russian speakers are often exposed to Russian state media, fears have been expressed that Moscow may seek to stir unrest among them. “Propaganda and information attacks are part of [Russian] hybrid warfare. They seek to provoke social and ethnic tensions, promote mistrust in government, discredit our history, independence, and statehood, and demonstrate that Western democracy is functioning on dual standards,” said Lithuanian President Dalia Grybauskaite in March.

Beyond unconventional warfare, there has also been talk of the threat of a direct invasion. But Peter Duncan, a senior lecturer in Russian Politics and Society at University College London, told Al Jazeera: “There is no reason for Russia to want to threaten the sovereignty of the Baltic states in the sense of trying to force them to leave NATO or still less to invade them.

“Military plans always … unfortunately, work on the basis of making the worst scenario assumptions on the basis of capabilities rather than … intentions. And the problem with that is the old security dilemma that you … [end up increasing] your insecurity; say, you think [that] by having more troops or putting them closer to the enemy … or to [a] potential adversary [that you will be safer] … [but] the potential adversary feels their security upset,” he explained.

But Agnia Grigas, a senior fellow at the Atlantic Council, a Washington DC-based think-tank, said that while Russia is unlikely to resort to direct aggression, it does not mean that these countries are not at risk. “Russia could resort to fomenting separatists, training local radicals or militants, sending its own activists and volunteers over the border. Potential conflicts could spill over the border so Russia’s frontier states are right to bolster their defences when the security environment in Europe has been transformed,” Grigas told Al Jazeera.

The Russian president, however, has insisted that he has no intention of attacking a NATO member country. “I think that only an insane person and only in a dream can imagine that Russia would suddenly attack NATO,” Vladimir Putin said last June.

Putin also said that the increase in Russian drills was in response to NATO increasing its activity in the region and questioned why the latter wasn’t perceived as aggressive behaviour on the part of NATO.

“A missile defence system is being deployed under the far-fetched pretext of countering the Iranian nuclear threat after this threat has been eliminated and a treaty with Iran has been signed … Next comes an announcement that NATO’s force in the Baltic countries will be enlarged,” Putin said during a a press conference.

Cold war, hot war or neither?

During the Munich Security Conference in February, Russian Prime Minister Dmitry Medvedev said: “We have slid back to a new Cold War.”

But not everyone agrees. In February, Ilves said it is less a cold war than a hot war that is taking place in Europe. “I’d rather have a cold war in that case, because during the Cold War we weren’t having live fire on a daily basis, which we have today [in Ukraine],” he said.

But Duncan told Al Jazeera that he does not think a Cold War is approaching. “With the rise of China, in particular, and to a much lesser extent India, Brazil and so on, international relations are very different [to how they were during the Cold War]. The hostility between Russia and the West is not something that threatens the existence of either party. Russia certainly doesn’t want to cause unnecessary problems for the West; rather the Russian economy depends on a prosperous Western European economy.”

Maxim Starchak, a fellow at the Centre for International and Defence Policy at Queen’s University in Canada, however, says that the new Cold War is already under way and will only continue to grow. “Today, the Cold War is a war of values, a war where the goal is not the death of the enemy, and the victory of [the winner’s] values, [but] the victory of its policy,” Starchak told Al Jazeera.

“The sides show all their strength and confrontational intentions, which makes their policy similar to the policy of the Cold War times. The only difference is that the army and the number of arms are now smaller than they were back then.” 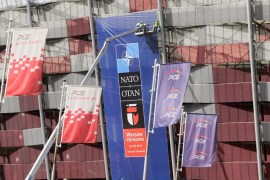 Since the end of the Cold War, NATO has been trying to find its new role. 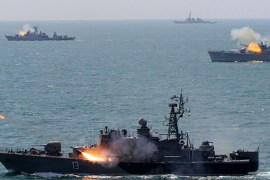 NATO summit: Focus will be on Black Sea security

Whatever decision the Warsaw Summit produces, the militarisation of Black Sea politics is a fact.