There’s plenty of free organic coffee, wildberry ice cream and smoothies at the social media event site at the Republican National Convention in Cleveland, Ohio, where young Republicans in suits mingle with hipsters from YouTube, Google and Yahoo!

Among the crowd is Xander Almeida, 31, sporting a handlebar mustache and wearing a top hat. If you saw Almeida on the street, you would assume he was a supporter of the left-leaning Vermont Senator Bernie Sanders, who made a run for the presidential nomination of the Democratic Party.

A dyed-in-the-wool Republican, Almeida backed Ohio Governor John Kasich who ran unsuccessfully for the Republican Party presidential nomination. Now Almeida is coming to grips with the fact that businessman Donald Trump is poised to officially accept the Republican nomination in Cleveland on Thursday.

“When you look at the bulk of his proposals overall, they’re either impractical, unachievable or unconstitutional,” Almeida says of Trump.

Trump’s not winning Almeida over. What about other young Republicans?

“Obviously, the man’s capable of a lot of things,” Almeida says.

“But I don’t see him trying to do that.”

Young voters were the backbone of the campaign of US President Barack Obama in his historic run for the White House in 2008. The Obama campaign used the ever-growing social media phenomenon to attract young volunteers who enthusiastically spread his “hope and change” message to relatives and friends.

According to the Pew Research Center, 66 percent of voters aged 18-29 voted for Obama in 2008, the largest percentage of the youth vote in the previous 20 years.

Republicans have paid for it ever since.

At this convention, the first real national platform for the Republicans as they enter the election race, enthusiasm for Trump among young voters is tepid, at best.

Sean Harrington, 23, a student at North Carolina State University, admits he’s not excited about Trump. He backed Kentucky Senator Rand Paul for president. Now he’s ready to get behind Trump, as a loyal Republican, once it’s time to campaign for the party’s nominee.

And when he does, Harrington will echo the theme at this week’s convention: Trump is the right choice simply because he’s not Clinton, who is expected to accept her party’s nomination next week in Philadelphia.

Young people may not show up in droves for Trump, Harrington says, but they won’t for Clinton, either.

“Bernie Sanders, he was the one who gained most of the youth support,” he says.

“What I saw constantly when I campaigned with people, they [young people] said they would either vote for Bernie or vote for Trump.”

Those young people were anti-establishment and will choose an outsider in the election, he adds. That outsider would be Trump, says Harrington, who says he’s sick and tired of, “the same politicians setting the bar so low I can barely look at it.”

“With Hillary, there’s a big distrust there.”

Reginald Grant is ready to back Trump, too, even if he wasn’t his first choice. Wearing a black cowboy hat, the 29-year-old former US Marine was a supporter of Texas Senator Ted Cruz, who battled Trump until dropping out of the race in May.

“I have a lot of friends on both the Democratic and Republican side who told me they’re supporting Trump,” Grant says.

“He seems like a guy who says what he feels and he stands by it.”

Like many Trump supporters, Grant likes Trump’s plan to build a wall along the US-Mexico border to keep illegal immigrants from entering the country.

Carl Miller, from Illinois, turns 18 on Friday and backed Cruz for president. Now he believes Trump will get young people on board.

“Democrats try to pigeonhole issues,” he says. “This is a young person’s issue, this is an issue for women, this is an African-American issue. Conservatism benefits all Americans, not just young people.”

Cassie Unruh vehemently disagrees and her mom, a Colorado resident and longtime Republican, led a revolt against Trump at the convention this week. Kendal Unruh tried to change the way the party voted on the first day of the convention. The goal was to free delegates from their obligation to vote for Trump.

It was a last stand by Republicans who want to dump Trump, but it ultimately failed. Trump received enough votes on Tuesday to officially accept the nomination on Thursday.

“I’m so proud to be your nominee,” Trump told the Cleveland convention-goers on Tuesday via video message from New York. He has vowed to unite the party in spite of the dissent this week.

Like her mom, Cassie, 17, was disappointed by the party’s efforts to prevent delegates from voting freely. She turns 18 next month, so this will be her first chance to cast a vote in a presidential election.

“As Christians, we’re supposed to have our conscience and I don’t believe that right can be taken away,” she says, echoing her mom’s words on the efforts to force delegates to back Trump.

“I believe that Trump doesn’t represent us and he’s not a true conservative.”

There’s no way she’ll back Trump in November, she says.

“I might vote independent. At least my conscience will be clear when I do.” 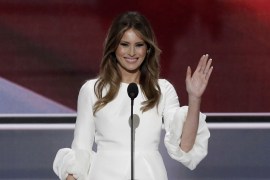 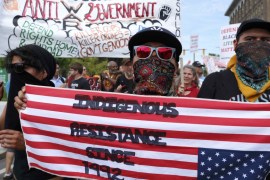