Her just-washed hair is gathered at the nape of her neck in a loose bun and the bold, flower print of her tunic stretches out over her heavily pregnant belly. She sits cross-legged on the bed in her sunny room in the yellow surrogate house, just off the main road on the outskirts of Gurgaon, a hub of domestic and international businesses and sparkling malls and eateries bordering New Delhi.

Rita is one of the last surrogates in India carrying a child for a foreign couple. In October last year, when Rita was around five months pregnant, the Indian Council for Medical Research sent a notification (PDF) to all fertility clinics, ordering them “not to entertain any foreigners for availing surrogacy services in India”.

An Asian Age report says that as the government finds it a “contentious” issue, addressing it “is the need of the hour”.

India has been criticised for its failure to regulate its surrogacy industry and seems determined to address surrogacy as a standalone issue: the much-discussed Assisted Reproductive Technology Bill, drafted in 2007 by the then Congress government, of which surrogacy was a part, has now been been narrowed down to deal with just surrogacy and will be renamed the Surrogacy Regulation Bill.

It is at present being discussed by a group of ministers headed by union health minister J P Nadda.

The Indian Council of Medical Research directive followed the release of draft legislation by India’s health ministry prohibiting foreigners – except those with family origins in India – from employing Indian surrogates.

The new law is in its final stages and is expected to be passed soon, outlawing foreign surrogacy with the aim of protecting the rights of surrogate mothers.

Glaring losses for a $500m industry

Facing losses in what was a lucrative trade – India’s surrogacy industry is estimated to be worth around $500m per year – Indian clinics have started moving out to Cambodia, a country with ambiguous surrogacy laws and a visa-on-arrival facility for Indian nationals. More than a dozen Thai and Indian clinics are already operating there.

“I am aware of a few Indian and Nepali clinics that have set up in Cambodia,” says Sam Everingham, director of events and content for the Australia-based Families through Surrogacy. “The surrogates come from Vietnam, Laos and Thailand. Some may also come from India – that’s not clear yet.”

Non-Indian surrogates often charge anything from $15,000 upwards, and in the US, for example, where commercial surrogacy is allowed only in certain states, it can cost upwards of $150,000. In India, however, the costs are often well under $30,000.

These clinics will undoubtedly begin hiring Indian surrogates in Cambodia, Bista believes, simply because “they are cheaper”.

And some surrogates do not seem averse to this. Hundreds of them had protested against the ban outside the ICMR offices when the ruling was passed.

That desperation isn’t only shared by the surrogate mothers and their families. Surrogacy in India is also the last resort for many infertile couples in countries where surrogacy is either banned or prohibitively expensive.

“The difference between surrogacy costs in India and the US for most infertile couples is the difference between having the option to have a child or not,” says New York-based hotelier Arnon Magal, who struggled with infertility for years and sought alternatives, including IVF treatments in Israel and Cyprus and two failed surrogacy pregnancies in India. He was hoping to again hire a surrogate in India this year.

But the ban comes after years of controversies that have plagued the industry, including accusations by rights groups of exploitation of surrogate mothers.

But Mark Henaghan, a New Zealand-based law professor, who follows the issue closely, believes that outlawing international surrogacy will only lead to more abuse of the surrogates.

“It is unlikely that the entire industry will cease now that it has been banned. It seems more likely that a black market or underground industry will spring up in its place, which will afford much less protection for everyone involved, especially the surrogates and the resulting children,” says Henaghan.

‘Bans make the surrogates more vulnerable in a third country’

This was the result when, in 2012, India banned single and gay-couple surrogacy. Neighbouring Nepal, which allowed surrogacy as long as the surrogate was not a Nepalese citizen, emerged as an offshore surrogacy hub with Indian clinics impregnating and then smuggling Indian surrogates across the border into Nepal for deliveries – a foreign country where the mothers’ rights were not clearly defined.

It all came to a head in April last year when a massive earthquake hit Nepal and many Indian surrogates were stranded as Israel airlifted its own citizens and their babies, leaving the surrogates stranded in a quake-ravaged country. The country suspended commercial surrogacy the following August.

Bista was a coordinator for an international fertility agency that worked through an Indian clinic when the Nepal earthquake hit. She says they had to send surrogate mothers who were mid-term in their pregnancies back to India, while some others stayed behind in temporary shelters in Nepal to wait out their pregnancies.

“That was horrible,” she says.

“Even before the earthquake, there were agencies in Nepal who kept surrogates in overcrowded surrogate houses with 10 or so in a room. Some of them had their children and husbands with them. There was no work for the husbands and it was a very harassing situation for them,” she continues.

“I wouldn’t deny it won’t happen in Cambodia. The only way out is to regulate. When governments ban, people find other locations to continue. And in fact such bans make the surrogates more vulnerable in a third country,” Bista says.

Investigations by various journalists and rights groups into the lives of surrogate mothers revealed mistreatment in the surrogate houses, a lack of nutritious food and poor hygiene. The surrogates were also often emotionally distressed.

“Most of the women said they are happy but their answers seemed rehearsed to me,” says Janak Sapkota, a local journalist who covered the issue in the aftermath of the Nepal earthquake. “They missed home, their families and their villages.”

Everingham, of Families through Surrogacy, visited Cambodia last year to assess the situation and found it far from ideal.

“There is no legislation protecting the rights of the surrogate, child or intended parents,” he says. “The ban [in India] will push intended parents to engage in far riskier places like Cambodia, where there is a serious lack of medical support services, such as neonatal care units.”

“There is a strong demand for surrogacy and for people to use surrogates to have their genetic child,” Henaghan says.

“Where there is demand, it will always find a market.” 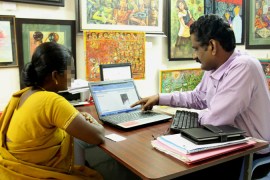 Initiative in Chennai aims to cut out middlemen and get women who carry and deliver children for others a better deal. 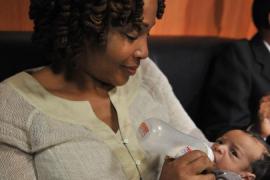 Lower costs have made the country a top destination for childless couples looking for surrogate mothers.