Sao Paulo, Brazil – Patricia de Jesus Siqueira was working her laundrette job when her nephew, 10-year-old Italo, was killed. He had stolen a car with a friend and was shot by Sao Paulo military police.

According to authorities, he fired at them first.

Italo had a history of small thefts – he was arrested three times just in 2016 – but not for violent crimes.

“It’s impossible. Italo would not be able to acquire a gun. No one would give him one,” Siqueira told Al Jazeera.

Following the incident, two police officers involved were suspended from duty while an investigation was launched.

Italo’s death highlights the entrenched social and racial divisions that persist in Brazil, where poor, young, black men are overwhelmingly more likely to be the victims of homicide or police violence.

The case also illustrates the systemic failures of Brazil’s child protection services to protect vulnerable children and adolescents. UNICEF estimates that up to 10,500 children and teenagers are killed in Brazil each year, with black children four times more likely to be killed than whites.

Italo often stayed at Patricia’s home in a favela, an informal settlement that straddles one of Sao Paulo’s busy, noisy main avenues.

Teenagers selling drugs guard the entrance, clutching plastic bags full of cannabis and cocaine vials. Many of the houses are just wooden huts.

Typifying Sao Paulo’s stark social inequalities that often coexist alongside each other, Italo would meet his death just a short bus ride away in the upmarket streets of Vila Andrade, where many female favela residents work as domestic maids in expensive condominiums.

According to the official police report obtained by Al Jazeera, Italo and a friend, 11, broke into a condominium complex and found a jeep with the keys in the ignition and the engine running, in which they drove away. Police gave chase and allege that Italo fired at them while driving.

Italo crashed the car into an oncoming bus and then allegedly fired another shot while stationary, at which point, two motorbike officers who had been in pursuit fired a shot each, one passing through the driver side window, striking Italo in the head.

After his death, experts pointed to a series of irregularities that compromise the version of events given by officers at the scene and security officials.

“It’s unbelievable that a child of 10 could manage to lower the window and shoot at police while driving,” said Julio Cesar Fernandes Neves, police ombudsmen of Sao Paulo.

A 38-calibre revolver was allegedly recovered, but removed, altering the crime scene. In a note, Sao Paulo public security officials said that the crime scene was modified to provide medical assistance to Italo.

Following the death, police at the scene recorded a video that appeared to show Italo’s friend admitting that Italo was armed and had fired at the officers.

Altogether, the boy changed his story three times, on the third, telling a child psychologist that Italo wasn’t armed, and it’s widely believed that he had been threatened into confessing on video. The boy is now under witness protection.

“This makes it very clear that they were worried about proving that the boy [Italo] had shot at them,” said Neves, the police ombudsmen, who described the video as “totally out of normal procedure” for Sao Paulo military police.

Italo’s life was characterised by neglect and abandonment, both at home and by the Brazilian child protection system. His father is in prison for drug trafficking and his mother has been in and out of jail for a series of thefts.

He spent much of his life on the streets, sometimes living in children’s shelters – often running away – or staying with relatives. He attended child counselling services for at-risk children 20 times, but authorities didn’t pay enough attention to his case.

The weekend after Italo’s death, simultaneous protests were held near where he was killed. One group protested against his death, while the other group, made up of residents from the neighbourhood, declared their support for the police officers, who had been taken off duty and were under investigation.

“The residents of the region are terrified about the rising criminality,” said Major Sergio Olimpio Gomes, a national congressman who served for 29 years as a Sao Paulo military policeman and was invited to the event by the organisers.

“The agitators came – and I’m sure they were paid by someone to confront and antagonise the residents who they call ‘the elite’,” he said.

In Sao Paulo city, police are responsible for as many as one in four killings. A recent opinion poll found that half of Brazil’s metropolitan population agreed with the phrase “Bandido bom é bandido morto”, or “a good bandit is a dead bandit”.

Another poll found that 87 percent of the Brazilian population support lowering the age of criminal responsibility from 18 to 16.

Last year, a popular tabloid TV show – with a focus on violent crime – broadcast a live pursuit of two teenage suspects on a motorbike, who were chased by police and shot at point-blank range. The presenter said that the officer “did very well”, live on air.

“If the police kills someone who is a suspect – even a young boy – people often justify this by saying “but he was a bandit”, said Bruno Paes Manso, a postdoctoral fellow at the Centre for the Study of Violence at University of Sao Paulo.

“These scandals happen year after year, but this is a problem that the authorities have never had the will to confront,” he said.

Back in the favela, Italo’s aunt Patricia said he was a “normal child” who liked football, playing online games at the internet cafe and shining shoes at the nearby airport.

“We just want justice so this doesn’t happen again with someone else,” she said. 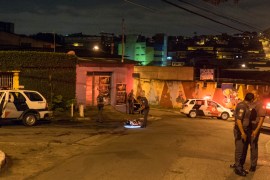 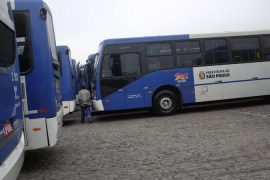