Amsterdam, Netherlands – “I just wanted to show that it could be done,” says Lian Priemus. The Dutch woman is sitting in the office of the shelter for Syrian refugees that she set up with a group of volunteers from her neighbourhood.

The small shelter, in the middle of Amsterdam, houses about 30 people.

In the room beside the office, a language lesson is in full flow and voices can be heard repeating sentences in Dutch.

In the kitchen downstairs a family from Aleppo is preparing the evening meal for the entire shelter. The smell of Syrian home cooking drifts through the building.

“There’s a fierce competition going on between between Aleppans and Damascans about whose cuisine is the best,” Lian says, laughing. “The result is that we always eat very well here.”

Mohammed, a young electrical engineer from Aleppo, walks into the office to say hello. He says he is happy to live in the shelter, but that he is going through a difficult time. “My wife is still in Aleppo and I am very worried about her. I feel guilty for being here.”

Lian listens as he talks about the situation in his home town.

Refugee shelters in the Netherlands usually house hundreds of people and are often located far from residential areas, “which means refugees don’t get the chance to immediately start integrating into society”, Lian explains.

She launched this project to see if things could be done differently.

‘People from all over Amsterdam came to bring stuff’

Fifty-year-old Lian normally works as a television director and had never been involved with refugees until September 2015, when she saw a message on Facebook: a large group of Syrian refugees had arrived at the Amsterdam central train station – and they were hungry.

Together with her 16-year-old daughter, she went to the station with fruit and bottles of water.

“It was the first time I came face to face with the refugee crisis,” she says. “Suddenly I met the people who had been in those rubber boats I had seen on the news. It made a deep impression on me.”

That night she decided to start working as a volunteer in the emergency shelter for refugees in Amsterdam. “The people that arrived were totally exhausted. I would play with the children so the parents could sleep.”

Within two days she found herself coordinating the volunteer work and set up a Facebook group to ask for things the refugees needed, such as warm clothes and toiletries.

She made friends with several Syrians and kept in touch with them when they moved to the Heumensoord emergency centre, near the Dutch city of Nijmegen. Conditions in the camp, which is now closed, were bad.

Lian says her Syrian friends had to live in tents with no privacy and couldn’t sleep because of the continuous noise. They lived in constant insecurity, she says, with no idea when the process of being granted asylum might start.

“I saw people who had arrived full of hope and optimism become depressed,” she recalls.

So she invited her friends to stay at her house during the weekend so that they could sleep and relax. “And at some point I started thinking: if I could find an empty building in the neighbourhood, I could offer this opportunity to more refugees.”

Together with a group of volunteers from her neighbourhood, called Gastvrij Oost (Hospitable East), she found a housing corporation that was willing to put an empty office building at their disposal. They then convinced the district council to support the project.

“That’s how we started, unaware of the enormous task we had taken upon ourselves,” Lian says.

With financial help from the housing corporation and the district council, volunteers and refugees turned the office into a shelter. It was furnished with donations from people responding to Lian’s Facebook messages.

“It was incredible,” she says. “People from all over Amsterdam came to bring stuff. Some brought couches, cupboards and beds. Others helped to hang the curtains or brought home-made cookies.”

But not all locals were happy with the plan, so the group organised meetings during which the refugees could introduce themselves to residents of the neighbourhood. “These people were mainly afraid, because they didn’t know what to expect,” Lian explains. “During the information meetings they could speak directly with the refugees and they could see ‘this man is also a father, just like me’.”

‘I am glad to be living in this shelter now’

The shelter opened in February. The residents are all Syrians. But, Lian says: “They are a diverse group: Sunni and Alevi Muslims and Christians. But they are really committed to make this work. They said, ‘If we can’t make this work, there will never be peace in Syria.'”

Among them are a tailor, a musician, a pharmacist and an architect. Their portraits hang on the wall in the communal living room, which is furnished with bright red arm chairs, a colourful rug and a flatscreen television – all gifts.

Ammar, 36, lives with his family in the shelter’s largest room. Using curtains, he has created a cosy bedroom for his sons, aged five and eight. The youngest is sleeping, the oldest is playing the keyboard.

Ammar used to be a tailor before the war forced him to flee his home town, Aleppo. “I am glad to be living in this shelter now,” he says. “In Heumensoord we were going crazy. We were living with three families in one room. The children couldn’t go to school, they had no place to play, the food was bad. Here we can cook for ourselves and we have a huge room for ourselves.”

Hanan is a 37-year-old lawyer from Damascus and was one of the first to move into the shelter. “Now that I live here, I feel that my life is becoming normal again,” she says. “I am learning Dutch, I work out and soon my two children will come over to Holland. They are living with my mother in Lebanon and I miss them so much.”

The shelter is run by the refugees themselves. There is a schedule for household tasks such as cleaning, buying groceries and cooking. Four volunteers from the neighbourhood support them, managing the finances and fixing technical problems in the building. They also help the refugees look for work, internships or schooling.

There’s a circle of additional volunteers who help occasionally: people with a medical background who accompany them when they need to see a doctor; a hairdresser who cuts their hair for free; and locals who offer Dutch conversation lessons.

“In regular emergency asylum centres in the Netherlands, refugees are not allowed to cook for themselves, they have no privacy, they can hardly mix with locals,” Lian explains. “In our shelter they can lead as normal a life as possible. It’s the small scale of the shelter that makes this possible.”

“Five hundred refugees in an asylum centre on the outskirts of town remain anonymous to the local residents. But 30 refugees in the neighbourhood become real people, because you can get to know them. I really believe in this approach.”

The shelter is only a temporary solution: once the residents are granted asylum they leave to live in a flat of their own. “We thought people would want to live in their own flat as soon as possible. But not everybody is so eager. They say it feels like one big family here,” Lian says.

That doesn’t mean there are never problems. “Sometimes there are conflicts. And often it’s about the schedule for cleaning and cooking,” Lian says. “And now that they can finally relax, there is the psychological space to fully realise what has happened to them. That’s hard. So sometimes people are irritable. But they support each other. It’s comforting to live with people who understand what you’re going through.”

Meanwhile in the kitchen, Ammar and his wife Eman are serving today’s meal: tabouleh, chicken with potatoes and lentil soup. There is a red and white checkered tablecloth on the table. A young girl rides her small bicycle into the kitchen. On the wall is a list for people who want to take swimming lessons. “Really very important when you live in the Netherlands,” it reads.

“It’s been a second job for me to set up this shelter,” Lian reflects. “There have been moments when I thought ‘What have I gotten myself into?’ It’s such a big responsibility. But it’s been worth it. I have witnessed these people, who lost so much, regain their lives.” 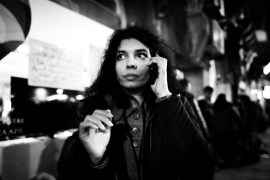 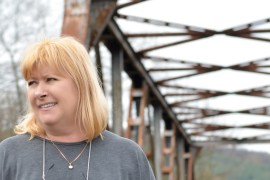 Psychologist Iana Matei rescues girls forced into prostitution and gives them shelter, counselling and an education.