Ask Terry DeCarlo whether he feels targeted as a gay man by the gunman in Sunday’s deadly rampage at an Orlando, Florida, nightclub and he is pensive and uncertain.

Ask him how he feels about the outpouring of support for the LGBT community and the victims’ families and he can barely speak.

“It’s just,” says DeCarlo, executive director of the LGBT Center of Central Florida, choking up, his eyes welling with tears.

DeCarlo, who lives in Orlando but was not at the Pulse club early on Sunday morning when the shooting occurred, has been at the forefront of the organising campaign to get money and help to the victims’ families after the attack by Omar Mateen.

Most of the victims were men and many of them in their 20s. Mateen was also killed in a shoot-out with police.

Some reports indicate the gunman had visited the club previously.

His father, Mir Seddique, told NBC News that his son once got very angry while he was out with his family and saw two men kissing in public.

Like many people in Orlando, DeCarlo has been personally affected by the tragedy. Although all of the dead have been identified, as of Monday night, DeCarlo was still seeking answers about the whereabouts and condition of two friends who were reportedly inside.

Still, as he keeps his phone close, anxiously awaiting any word of his friends, he continues to manage an operation based in the heart of downtown Orlando, hustling to keep up with demand.

“It’s actually non-stop at the centre,” says DeCarlo. “As fast as donations are coming in, we have them going right out the back door. It’s been overwhelming.”

The LGBT Center has been providing food and water to blood donation and crisis counselling centres around the city that have been flooded with both people who want to help and people who need help.

Online campaigns have raised millions in just two days. A GoFundMe page set up by Equality Florida was at $2.7m as of Monday night.

JetBlue, an American air carrier, stated it was offering “free seats on its available flights to/from Orlando for immediate family and domestic partners of victims who were killed or injured”.

OPINION: The hate behind the Orlando massacre

DeCarlo’s group originally hoped to raise a million dollars for the families of victims. By mid-Monday, they had doubled that, according to DeCarlo.

That included $50,000 from the Gap clothing chain, he says, half of which was raised by employees, then matched by the front office.

DeCarlo says the money his group is raising will ensure that no family will have to pay for funeral costs.

Why the outpouring of support?

“You don’t think something like this can ever happen in your backyard but it happens and then people say, ‘nobody’s immune’,” says DeCarlo.

“It could happen here tomorrow.” 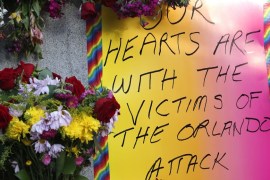 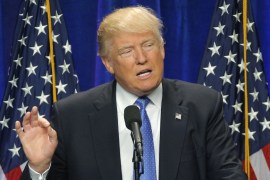 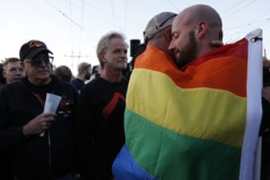 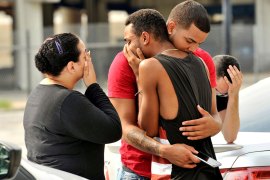