I have seen a lot of cities, villages and towns in the United States. I can’t say that I have ever seen a city like Flint in Michigan.

I am here because US President Barack Obama came to the city on an official visit. His motorcade must have passed the same streets we did on the way to his event.

It was startling. I lost count of how many blocks I saw where every single house was abandoned. The poverty rate is incredibly high. According to the latest census, about 42 percent of the population in Flint lives below the poverty line.

In the US, the poverty line is misleading. I don’t know anyone who thinks it is an accurate prediction of economic pain. People who live anywhere close to that line surely often go to bed hungry.

The President wasn’t here to talk about the crushing poverty. There is something even more shocking. The city was in financial trouble so its leader decided to switch the source of its water supply.

They would no longer pay for water from Detroit but take it in from the Flint River. They didn’t treat it properly, so that meant the lead from the pipes seeped into the drinking water.

The residents complained to their government for a year and a half that something was wrong. The water was green or yellow and it smelled. Then people started coming down with painful rashes. They would later find out they were actually poisoning the children of Flint.

I talked to the mother of a six-year-old boy today. She told me about the immense guilt she feels every day. She poisoned her child. She didn’t know it but she still feels responsible.

She watches him every day to see if there are signs of the ill effects of high lead levels. It can lead to severe developmental disabilities. It’s been linked to anti-social behaviour. The worst part, she says, is that it is irreversible. Her husband says he just wants someone to pay.

He wants the people who knew about the tainted water to go to prison. There are investigations under way and three arrests have been made. The prosecutor has promised that more arrests are on the way.

President Obama tried to sound an optimistic message. He urged the people of Flint to use this crisis to rebuild their city. The state is going to have to pay tens of millions of dollars a year to dig up all the broken pipes and replace them.

The president urged the people to demand the government hire the people of Flint to do the job. He says that could bring about an economic renaissance of a city that appears so clearly broken.

I am sure the people of Flint would like to believe that is possible. I don’t think anyone would fault them for being skeptical, though, given all that they have gone through. I am not sure if the people who were lied to about something so serious for so long will ever be able to see their government as a force for good. 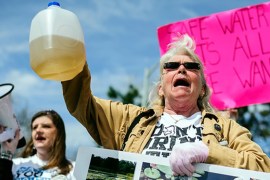 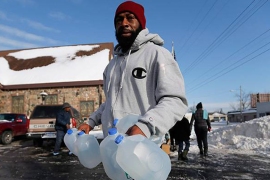 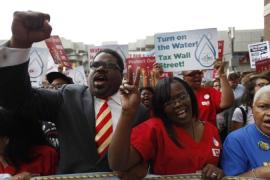