Late February the Syrian government had the upper hand on the ground thanks to Russia’s military intervention. Six months earlier President Bashar al Assad’s hold on power was been threatened by rebels advance.

Tehran was believed to have requested Russian assistance. Moscow complied but its intention was never for Syria to become another Afghanistan.

The plan seemed to be to strengthen its ally and weaken its opponents enough to bring about a political deal that would ensure its influence in Syria.

The government did attend talks in Geneva but it did so without the intention of making any concession. Assad himself said he wanted to recapture the whole country – a statement criticised by Moscow.

Then he declared his intention to bring about a “final victory in Aleppo”.

Two weeks of intense bombardments and fighting on the ground did not just kill civilians, the peace talks and the cessation of hostilities all but collapsed. The battle lines did not change.

For the past few days, the government and its allies tried but failed to close the Castillo road – the only route in and out of the rebel controlled east. It has been trying to lay siege to the area but opposition groups have held their ground.

It lost strategic territory in Aleppo’s southern countryside, which was described as one of the worse losses in a single battle for Assad and more so for his regional allies.

Some reports suggested that dozens of Iranian, Afghan and Lebanese fighters from Hezbollah were killed.

Iran confirmed losing men and for the first time acknowledged that some of its fighters were captured.

The town is along a supply route between opposition held territories in Idlib and Aleppo provinces. The rebels lost it late last year.

Now it is theirs again. Dozens of air strikes and government promises of counter-offensives failed to regain hard won territory back.

Then came the death of Mustafa Badreddine, Hezbollah’s man in Syria. He was the group’s biggest loss in the war to date.

Islamic State of Iraq and the Levant (ISIL) also took ground from the government – in the eastern countryside of Homs, cutting a main supply line to the city of Palmyra which Assad’s forces with the backing of Russian air cover recaptured only recently.

ISIL also advanced against the government in the eastern city of Deir Ez Zour.

A series of losses just months after significant gains. Why has the government and its allies lost momentum?

Is it because Russia reduced its air strikes in Syria and is no longer providing close air cover like it did in previous battles?

Likely. But why the shift?

Russia is working with the US to push for a cessation of hostilities and a revival of the political track. US Secretary of State John Kerry may be right when he said Russia has an interest in not being bogged down in Syria forever.

And that would require getting Iran to agree to a compromise deal.

There have been reports of friction between Iran and Russia – a battle for influence, some call it. Tehran along with its allies have been suffering painful military setbacks.

Russia’s reduced role on the battlefield may not just be a way to reduce Iran’s influence but a message to make clear who is in charge. 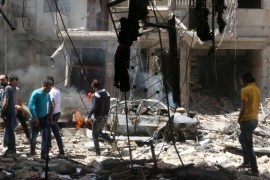 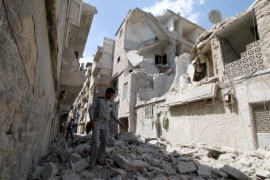 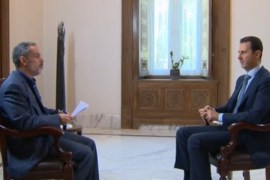