Papa Wemba, known around the world as the “king of Congolese rumba”, has died after collapsing on stage during a concert.

The musician fell ill on Saturday while performing at a music festival in Abidjan in Ivory Coast. He was 66.

The cause of his death is not known yet.

Baudouin Banza Mukalay, culture minister of the Democratic Republic of Congo, confirmed his death, calling it a “great loss for the country and all of Africa”.

“He was known as a true trendsetter,” Suzanna Omiyo, a Kenyan musician, told Al Jazeera.

“One thing I remember about Papa Wemba was his way of performing and the fact that he was able to take African music to the global map. I believe he was one of the greatest musicians.”

Video footage showed the moment when he slumped to the floor behind a group of dancers before performers rushed to his aid.

“Papa Wemba wanted to die on stage, that’s what he told me two weeks ago when I spoke to him on the phone,” Salif Traore, a festival promoter and singer also known as A’Salfo, told the AFP news agency.

‘The music does not die’

The electric performer first burst on to the African music scene in the 1960s and scored one chart-topper after another, fusing African traditions with Western pop and rock influences.

In a career spanning nearly five decades, he won many fans across Africa and the French-speaking world.

His fame grew in the West after collaborations with musicians such as Peter Gabriel and Stevie Wonder.

Papa Wemba settled in France in 1986 as his renown began to reach as far as Japan, dazzled by the African dandy who was dressed by the world’s leading designers.

He went on to reach a wider public thanks to a world music album produced by France’s Martin Meissonnier in 1988, which blended African and Western sounds.

Papa Wemba parted ways with the Real World record label founded by Gabriel in 1999, but he remained immensely popular in Africa, taking part in major music events, including a concert in London for Nelson Mandela’s 90th birthday.

He was convicted by a Paris court in 2004 of smuggling illegal immigrants into France by disguising them as members of his entourage, but walked free as he had already served four months behind bars.

Fans and colleagues paid their respects over social media and in person on Sunday.

Eric Didia, a promoter of Congolese music in Ivory Coast and friend of Wemba who was at the Ivosep morgue on Sunday morning, said Wemba will long be remembered.

“I do not know if this is a loss for African music, because the music does not die. People can listen to Papa Wemba songs in 50 years, in 100 years,” he said. 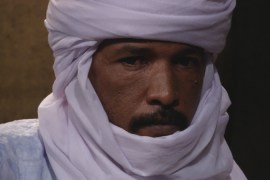 Gandhi’s ‘politics of guilt’ and the role of music

Redi Tlhabi discusses Gandhi’s ‘politics of guilt’, the role of music and the current situation in northern Mali. 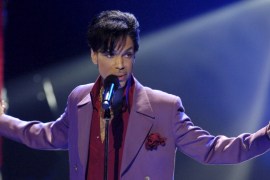 Fans mourn one of the most influential but elusive figures in music, found dead at his Minnesota home. 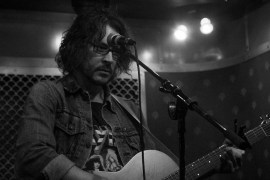 Financial outlook for independent musicians can be bleak, but ambition to make music and getting heard keeps them going.