If you are following the US presidential race, you could easily think that Americans are more divided than ever before.

Both parties are running on platforms that couldn’t be farther apart on all the key issues, from taxes and spending to food security and foreign policy.

The two parties literally have nothing in common. Given that, you might be wondering if run-of-the-mill Democrats, who find themselves living next to Republicans, have taken to daily arm-wrestling matches, fistfights or have simply stopped talking.

The rhetoric you are hearing from both political parties and their candidates does not reflect what most Americans believe. Most are somewhere in the middle. In a recent poll, 42 percent of Americans described themselves as independent.

This poll has been carried out for 25 years and the number has never been higher.

If that is the case, why aren’t both parties running more to the middle, you might ask yourself. Simply because those people don’t tend to vote in primaries.

So what we see every presidential election is that the parties move further and further to the right and left and then, after they get the nomination race, towards the middle. It can seem quite disingenuous.

You would think that would provide a huge opening for someone who wanted to run as an Independent. It doesn’t.

This is a political system that is set up to have two parties only: the Democrats for liberals, the Republican for conservatives. There is a handful of third-party candidates but they never win.

The system makes it very expensive and difficult for them to even get on the ballot. In most cases they have to get tens of thousands of signatures just to be considered.

READ MORE: Rise in school bullying connected to US election

The third parties tend to cater to people who are to the left and right of the traditional parties.

That means that the demographics work against them.

They also don’t get any media attention. US cable channels are only talking about the election; every day, every hour, every story is about the campaign. But you will only hear about the candidates hoping to be the nominee for the Democratic and Republican parties.

The challenges could be overcome. It would take a powerful group of people with deep pockets coming together and saying this is what we believe in – acceptance on social issues, determination and restraint on fiscal ones.

That is where most Americans are, according to polls. Over time, the shifting demographics and the rules of elections would make it easier and easier for that party’s candidates to win.

Then they would have to start fielding candidates for US Senate and House races and over time they could eventually be a third party that is capable of governing.

That is unlikely to happen any time soon but many analysts say this presidential election will put a much brighter spotlight on the flaws of the two-party system.

Americans are not as divided as their politicians would have you believe.

In fact, they have one thing in common: According to the polls, an overwhelming majority does not think very highly of either Democrats or Republicans or the government that the two-party system has given them. 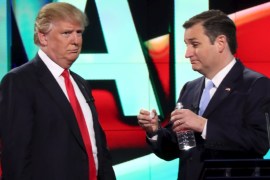 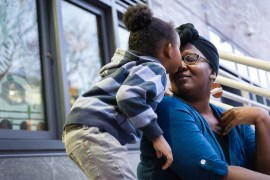