Students at the oldest university in Sudan have been protesting for three days over reports the government plans to sell some buildings on the historic campus for use as a tourist attraction.

Dozens of students have been injured in scuffles with police at Khartoum University and several protesters have been detained.

News has spread that some faculties will be moved from Khartoum to Suba, a southern suburb.

“As a student at the Khartoum University, I completely refuse to accept the decision of the Khartoum government to sell the university or move it to Suba,” a protester told Al Jazeera. “For me this university is a heritage site, it holds great memories. It’s our history.”

The university was built at the beginning of the 20th century on the banks of the Blue Nile river.

A few days ago, the Ministry of Tourism announced plans to transform some of the historic buildings into a tourist attraction.

But the government denies there are plans to move the university’s activities to another site. It says a rumour started spreading after the institution asked for fresh financing.

“The university has asked for financing for some of its projects in Suba. This has been misunderstood and wrongly interpreted to mean to move the university from its location,” cabinet spokesman Ahmed Mohamed Saleh said.

“The cabinet confirms that no decisions have been made at all to move the university or dispossess its facilities.” 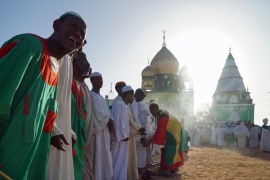 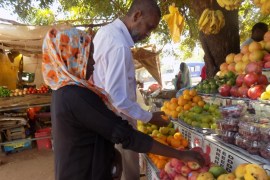