Outside, it is raining. A hard, cold Northern California downpour.

But inside the wooden house, it is warm and cheerful with children singing.

I am listening to their voices speaking in an ancient Native American language that till recently was given up for dead. But now, the people here are determined to keep their language alive.

The dozen children in the room, ranging from three to six years old, are learning Hupa – or, as it is properly called, Hoohh Ch – on their redwood country reservation 500km north of San Francisco.

Teacher Ginger Rogers leads the kids in a song, and then at snack time she tells them the Hupa names for the treats they clamour for. The Hupa word for bananas, for example, translates to “food that the monkey eats”.

Hanging by a thread

Hupa’s very existence is hanging by a slender thread, says 40-year-old teacher Salish Jackson, who himself learned it by studying with a tribal elder.

“There are three elder fluent speakers, there’s a handful of people my age or older, that are language learners-slash-teachers,” he said.

“We have come to a level where we can teach and understand and have conversations.”

The Hupa have lived in their stunningly beautiful homeland of forest, mist and mountain forever.

Ask a tribal member where the Hupa came from, and you’ll get a lecture denouncing anthropologists’ explanations that Native Americans originated with people who wandered across the Bering land bridge from Siberia around 16,000 years ago.

“We didn’t come here from some other place. We came out of the earth, right here.”

The Hupa had little contact with Europeans or white Americans till the mid 19th century, following the discovery of gold in California.

As prospectors and settlers poured, in the US government and the Hupa signed unequal treaties, taking away most of their land and leaving the Hupa with a small reservation of 19sq km.

READ MORE: Hupe – A language that refuses to die

In the early 20th century, the government embarked on a policy of “Americanising” natives across the US.

A key part of the calculated strategy of cultural destruction was to remove Indian children from their families and force them to attend harsh, military-style boarding schools.

In those schools Native American languages and traditions were banned.

“You would actually get punished in the school and – in the community at times – get turned in. So the Indians had to go underground.”

Against imposing odds, the 3,000-member tribe is taking practical steps to bring their language back to health.

Tribal school teachers are learning basic Hupa in order to teach it themselves in primary and high schools.

Eventually, there will be total immersion Hupa classes for children up to age six. Language teachers like Salish Jackson and Gordon Bussell are working closely with the remaining elders who speak Hupa most fluently.

Amid those deliberate efforts to stamp it out, followed and the onslaught of American culture, radio, television and other forms of English-only media, the Hupa language dwindled. And without the language, Bussell says, the Hupa world spun out of balance.

“You lose a language and you lose a song,” he said.

“This is what keeps the world together, is our languages. This language doesn’t just exist because of us. It actually exists in the air in the land, and it’s part of everything.

“So when I talk the language, the land knows me. To lose your language is like losing the fingers on your hand. Then, your body is sick. And so now, the world is sick.”

Outsiders are helping too. Students at the San Jose State University, under the direction of Professor Jeanine Pfeiffer, made an animated film of a Hupa legend, narrated by Hupa elder Verdena Parker and posted on YouTube.

Like many Native Americans, the Hupa suffer from poverty crime, alcoholism and drug abuse. Dilapidated trailer homes are scattered around the village of Hoopa Valley.

There is a small casino with slot machines, a gas station, and a single coffee and sandwich shop.

There are few economic opportunities for young people.

In mid-February the tribal council declared a state of emergency following a sharp spike in crime, including a stabbing death.

I spoke to Ryan Jackson, the Hupa Tribal Council Chairman.

“The impacts of the boarding schools are still felt today,” he said.

“There are just so many feelings of despair – folks tend to find themselves in situations where there is no hope, and they just cant see the light at the end of the tunnel, so to speak.”

Bringing back the Hupa language and culture can help heal historic wounds and reduce social problems, Jackson says. That’s why the tribe has made language programs a top priority.

Restoring the language won’t be easy. For one thing, Hupa is an extraordinarily complex and difficult language.

“In English, for example, you have three tenses – past, present, and future,” said Jackson. “In Hupa, we have nine.”

It’s a project that will span generations.

Back in teacher Ginger Roger’s preschool Hupa class, the kids are learning some words about emotions.

She explains that the English phrase “I want to give you a hug” in Hupa means “I want to place my spirit next to yours”.

The goal is for children like these to speak Hupa fluently from an early age, and then, when they are older, to pass it on to their own children.

“It is coming back,” Bussell says, and utters a short prayer in Hupa.

“The language is alive.”

A language that refuses to die … and a people who have survived against the odds. 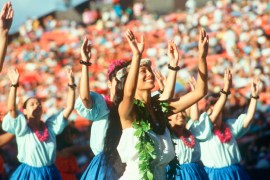 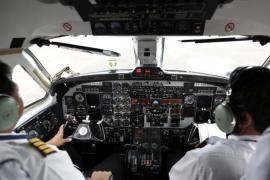 Do you speak English?

Given the dominance of the English language across the globe, is it time to make knowledge of it a human right? 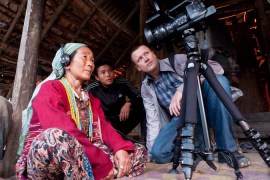