Kinshasa – The self-taught Kimbanguiste symphony orchestra, the only one of its kind in Central Africa, provides an important lifeline for a poor community here in the capital of the Democratic Republic of Congo (DRC).

In the Ngiri Ngiri neighbourhood of Kinshasa, most of the symphony orchestra’s musicians have no steady income.

During the day, they do whatever they must for their daily hustle.

Armand Diangienda, a former commercial pilot, created the orchestra back in 1992. Then, he had only three instruments and space to rehearse in his father’s church.

“Things have changed. We’re not where we were 10 years ago when only expatriates came for our concerts. Now we’re seeing more Congolese coming. But there’s still much to do,” he told Al Jazeera.

Landu Diangienda, one of the children who performs with the group, dreams of one day composing and conducting his own music.

“I loved classical music when I saw the adults playing it,” he said. “I want to be able to teach music not just here in DRC, but also in other countries” 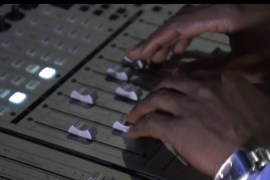 State’s inability to crack down on copyright infringement blamed for preventing local musicians from breaking out. 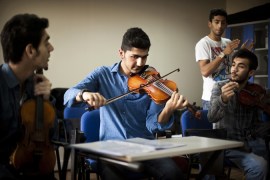 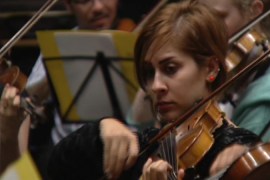