A band councillor in Pimicikamak Cree Nation (Cross Lake) in northern Manitoba, McKay never knows when there will be a call to tell him that another person in his community of 8,000 has committed suicide.

“I just got a call last night from the paramedics – again. I’m just looking at my phone to see when it’s going to ring again,” McKay told Al Jazeera in a telephone interview.

Six people have committed suicide in Cross Lake since December 12, and 140 others attempted suicide in two weeks alone, many of them youths, McKay said.

“It’s been a state of shock. There’s been a lot of trauma and everybody is on alert every night, trying to cope with the situation and this crisis, epidemic, pandemic, whatever you want to call it,” McKay said.

The staggering suicide rate pushed Cross Lake to declare a state of emergency early in March. McKay said that local leaders have called on the provincial and federal governments to send at least six certified mental health professionals to the community, including at least one child psychologist, to deal with the immediate crisis.

“It’s been … I don’t know,” he said, as his voice trailed off. “It was like a volcano ready to erupt, and we don’t know how to deal with that lava flowing down.”

‘It’s the future that is dying’

Sylwia Krzyszton, a spokeswoman for Health Canada, told Al Jazeera that the department “is aware of the tragic circumstances in Cross Lake First Nation and wants to express its deepest concern to everyone in the community”.

But McKay said a mental health worker came to the community last week for only eight hours, and two others that arrived on March 10 were only scheduled to stay until March 12. A nursing station serving the community is staffed by only two nurses, he added.

“What we require immediately are specialists and professional experts to come in and work with us on a 24-hour basis because we are working on this 24 hours a day,” he said.

Suicide and self-inflicted injuries are the leading causes of death among First Nations youths and adults under the age of 44.

“It’s a problem for the whole community, but it’s a problem that it’s the youth that are dying. It’s the future,” said Gerald McKinley, an associate professor at the University of Western Ontario, who specialises in Aboriginal health issues in northern Ontario.

McKinley told Al Jazeera that First Nations communities have experienced sudden increases in suicides before, including in the early 1970s on Ontario’s Manitoulin Island, or in the Sioux Lookout region of northern Ontario in the mid-1980s.

Suicide is associated with poverty, discrimination and ongoing colonisation of First Nations communities in Canada, he said, and having one suicide in a community can trigger other people.

“While suicide is not a traditional aspect of the culture, it spreads through a community like a virus,” McKinley explained.

“I think the step of providing the tertiary care, so getting the crisis teams in there, is a really important step in slowing the spread within a community that’s in crisis. But we also need to start thinking about what structural violence is in place that’s enabling the conditions that are driving these children to decide to leave life.”

The state of emergency in Cross Lake came only two weeks after another health and public health emergency was declared, this time in the Sioux Lookout region and Nishnawbe Aski Nation (NAN) territory in northern Ontario.

Children as young as 10 have taken their own lives, toddlers have died as a result of untreated strep throat infections, and a woman died from respiratory problems after a local nursing station ran out of oxygen, said Alvin Fiddler, the Grand Chief of the NAN, which represents 49 First Nations communities.

“We hear stories like this almost on a daily basis,” Fiddler told Al Jazeera.

“We know that there is something terribly wrong with the delivery of the healthcare and the public healthcare system in the north,” he said.

“What’s even more concerning is the fact that the government has known about these issues for a long time … If you know of a problem and you don’t do anything to try to correct it, I would call that neglect.”

“The government needs to provide equal funding, that’s the minimum. They need to provide better housing and all the other support structures that allow for better health,” he said.

“You can solve health crises, but as long as you have more people than are capable in a house and the house is full of mould, what’s the point?”

Valerie Hache, a spokeswoman for Aboriginal Affairs and Northern Development Canada, told Al Jazeera the department has reached out to NAN representatives to discuss the next steps following the emergency health declaration.

The department has committed to solving the problem of drinking water advisories in First Nations areas, one of the demands put forth by NAN and Sioux Lookout leaders, within five years, Haché said.

“The government of Canada is engaging in a renewed, respectful, and inclusive nation-to-nation process, one that makes progress on issues most important to Indigenous communities, including safe drinking water,” she wrote in an email.

READ MORE: The sad – and the sadder – me

But a report by Canada’s Auditor General, released last year, painted a damning picture of the quality of healthcare offered to residents of remote First Nations communities in Ontario and Manitoba.

About 400 Health Canada nurses provide services to approximately 95,000 people living in these areas, the report stated. Health Canada provided $103m in 2013-2014 to support these nursing stations, and $175m over the same period to pay transportation costs when residents access medical services outside their community.

But many nurses in these outposts did not have the training to respond to serious emergencies, and they were not given clear directives to act beyond their stated duties, the report found.

Only one of 45 nurses surveyed in the report had completed all five necessary training courses, including advanced cardiac life support, trauma life support and advanced paediatric life support.

And perhaps most damning was the conclusion that Health Canada “did not take into account community health needs” when allocating services, and had not made sure the communities had comparable access to services as others living in similar locations.

McKinley said any viable solution to the Aboriginal health crisis must be based within the communities and build on the strengths of those most at risk. “Youth need to be involved in the solution. They need to be someone that we work with,” he said.

NAN Grand Chief Fiddler told Al Jazeera that he wants a face-to-face meeting with the Ontario and federal health ministers to craft a healthcare system that works for Sioux Lookout communities.

“I think with the urgency of the situation that we’re seeing on the ground, we cannot wait any longer,” Fiddler said. “We need to take action now.”

And in Cross Lake, McKay said that he is beyond begging. He wants Canada to uphold its promises related to development and employment plans for people in the community to pull themselves out of this crisis.

“I’m past sympathy. I’m past begging,” he said. “I just want my people to see that they have something to look forward to.”

Ahead of the new federal budget, set to be released late on March 22, Prime Minister Justin Trudeau has promised to make a “historic” investment in the country’s Indigenous peoples, likely to be in the billions of dollars. 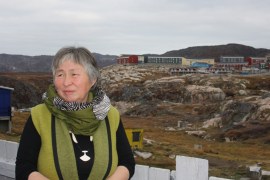 Another word for suicide

A decade ago, the Greenlandic town of Ilulissat experienced a wave of suicides. So, has anything changed since then? 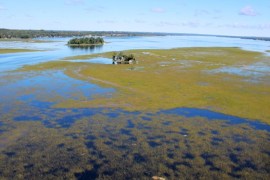