After nearly half a century of seeing the leader of the United States portrayed as the enemy, Cubans had to pinch themselves when they saw a preview of a pre-recorded comedy skit with one of Cuba’s most popular TV comedians, Panfilo, and President Barrack Obama.

Magali Saenz, an elderly Havana resident, was in shock.

“I can’t believe my ears and eyes,” says Saenz. “I can’t wait to see the whole show Monday night. Obama is even more charming than we expected.”

Indeed, the US president’s charm offensive – which includes having come to Cuba not just with the First Lady but his two daughters and his mother-in-law – is meant to convey a kinder, gentler image of “The Empire”, as the United States has been referred to for decades in the communist-run island.

The US is, of course, still seen as an economic and political superpower. The imposing sight of Air Force One taxiing on to Havana’s international airport seemed to underscore that image.

“Look at how thick the doors of The Beast are,” said Gary Valdez, a driver who observed in awe as Obama boarded his famous black limousine.

But beyond the novelty of having an American president on their soil, what most Cubans want most during this historic presidential visit is to hear how the new US-Cuba relationship might improve their daily lives.

“We need trade, we need openness, we need to improve our economy and connectivity with the world. We are still locked in the last century,” says Yusleyvis, a 40-year-old teacher who preferred not to give her surname.

On Monday it was announced that Google signed an agreement to provide limited broadband internet coverage, which is music to Cubans’ ears. Cuban has one of the lowest connectivity rates in the world, and the poor-quality access that does exist is limited and expensive.

In addition, a major US hotel chain, Starwood, has been given permission to refurbish and run three important hotels in Havana, even though tourism from the United States to Cuba is still illegal under the US economic embargo that is still in place.

Politically, both countries’ governments are as divided as ever, especially on the thorny issue of human rights and civil liberties.

But what has changed is the approach. President Obama has said that he hopes that reaching out to the Cuban people will “promote change”, not impose it, as has been the policy in the past.

Cuba’s Communist Party leaders agree that change is needed, but it is the type of change that will slowly emerge from this new relationship that is raising the biggest question mark. 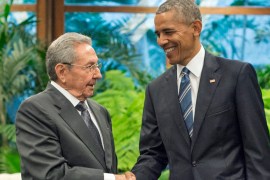 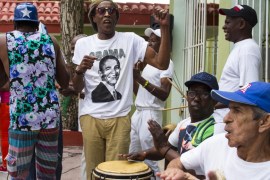 Oman’s youth unemployment problem is a harbinger for wider Gulf