But that’s exactly where the former mayor of Clyde River, a small Inuit hamlet in Nunavut, finds himself. The northern community has been granted leave to appeal to the Supreme Court of Canada to stop oil and gas testing in its coastal waters.

“I didn’t have a clue as to where this would lead,” Natanine said, “except the fact that my uncle and my father told me they experienced the seismic testing in the 1970s and they told me … we have to do everything to try and stop this.”

Natanine and the residents of Clyde River have mounted a legal challenge to a National Energy Board (NEB) decision to grant an underwater seismic testing licence to a consortium of companies.

Residents say the government did not adequately consult them on the plans. The community fears the testing will cause irreversible damage to the wellbeing and migratory patterns of local sea mammals, which will alter their traditional way of life that is bound to these animals.

“This is where we’ve made our living for thousands of years,” Natanine told Al Jazeera by phone from Nunavut on Monday. “It is very, very important to us that we are able to maintain this hunter-gatherer culture.”

Under the Constitution of Canada, the Crown has a “duty to consult” and accommodate, wherever possible, indigenous peoples on any actions that may adversely affect their aboriginal and treaty rights.

Jessica Wilson, head of the Arctic campaign at Greenpeace Canada, which supports Clyde River residents in their appeal, said the NEB licence allows companies to conduct seismic blasting in Arctic waters for five months every year, 24 hours a day, for five years.

“The sound is about 100,000 times louder than a jet engine and the blasts go off every 10 to 20 seconds underwater. The objective is to map the seabed floor to look for oil and gas deposits,” Wilson told Al Jazeera.

Wilson said the blasts could disrupt the migratory patterns of marine mammals, and even render them deaf or kill them if the animals get too close.

“It’s hard to imagine right now the potential reach, but it could really change everything,” she said about the case.

In Canada, you must apply to have a case heard by the Supreme Court.

Only 5 to 10 percent of all applications are accepted and the Court grants leave to appeal only if it decides that a case is of national or public importance, explained Nader Hasan, the lawyer representing Clyde River.

He said he has eight weeks to submit his written arguments and the Crown will have six weeks to respond. The Supreme Court will then set a hearing in the case.

The seismic testing companies, meanwhile, are “just waiting for the ice to melt in Baffin Bay” to begin their work, Hasan said, “and that usually happens mid-June, early July”.

If an agreement can’t be reached to halt the testing, Hasan said he would submit a request for the Supreme Court to order that the status quo be maintained. “For my client and other folks in Nunavut, this goes to fundamental rights and their survival… they have a lot riding here,” Hasan told Al Jazeera.

“This is just the first step now. There’s a lot more work to be done.”

A second Aboriginal community has joined Clyde River in its appeal to the Supreme Court.

Chippewas of the Thames First Nation (COTTFN) in southern Ontario is challenging the repurposing of a pipeline that is pumping oil from the Alberta tar sands through its territory on the way to a terminal in Montreal.

Like Clyde River, the community says it was not adequately consulted on the project.

In March 2014, the NEB approved energy company Enbridge’s application to reverse the flow of oil through a section of its Line 9 pipeline: a 639-kilometre stretch called Line 9B that goes from North Weston, Ontario, to Montreal.

READ MORE: Activists pipe up against US oil transport plans

At the same time, the board approved Enbridge’s request to boost the line’s production capacity to 300,000 barrels of oil per day. Line 9 has been in operation since 1976.

“The company’s Eastern Canadian Refinery Access Initiative is expected to help to level the playing field for Canadian refineries, safeguard jobs, and bolster the security of Canada’s energy supply at the same time,” Enbridge says.

But White-Eye told Al Jazeera the community fears a pipeline spill will endanger its main water source, the Thames River, and its larger watershed area. “Ultimately, it’s about the water,” she said.

The NEB and Enbridge respond

NEB spokesperson Craig Loewen said the board was considering how it will participate in the Supreme Court appeal.

“All National Energy Board decisions are subject to independent and impartial judicial oversight, generally through the Federal Court of Appeal and Supreme Court of Canada, and the Board is bound to act in accordance with the courts’ decisions,” Loewen told Al Jazeera in an email.

“As this matter is before the courts, it is not appropriate to comment further.”

Graham White, an Enbridge spokesperson, told Al Jazeera in an email that the company was limited in what it could say publicly about the case.

“However, we will say that irrespective of this outcome, Enbridge is absolutely committed to fostering a strengthened relationship with the [Chippewas on the Thames First Nation] built upon openness, respect and mutual trust, and to working through outstanding issues to find mutually agreeable solutions,” he said.

“We will continue our efforts to engage with indigenous communities above and beyond what is required by regulators to build trust and address any concerns or input they may have with our projects or operations.”

READ MORE: Nunavut and the future of Canada’s Arctic

Greenpeace’s Wilson said history has already been made, since the Supreme Court of Canada has never heard a case from Nunavut before.

“A ruling in favour of Clyde River would set a just precedent for all indigenous peoples in terms of their right to choose whether or not oil and gas development happens on their land or in their waters,” she said.

White-Eye agreed about the importance of the appeal. “We’ve got to win this case,” she said unequivocally. 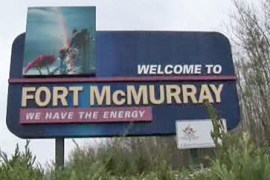 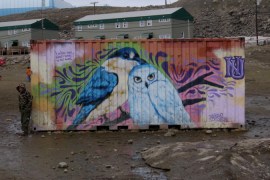 Nunavut and the future of Canada’s Arctic 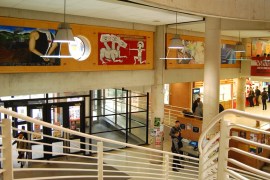