Amid the splendour of Imam Sadiq mosque in central Tehran, a room full of prayer leaders stare at pictures of conservative politicians and listen to a series of lectures.

This is the old guard being prepped on how to network the message from mosques.

“The enemy wants to infiltrate,” they are told by Ali Movahedi-Kermani, one of Tehran’s Friday prayer leaders. By the enemy he means the United States.

He says that after kicking the US out of Iran it wants to get in by the back door and infiltrate Iran’s centres of power and decision-making.

Such sentiment is echoed elsewhere in the capital, with moderates and reformists being accused of becoming stooges of foreign powers such as the US and Britain.

It has added a bitter aspect to campaigning and it follows anger among moderates and reformists after the vetting of the Guardian Council, a watchdog body of six Muslim scholars and six legal experts, disqualified half of the politicians wanting to stand as candidates for the 290-seat Iranian Parliament.

An unprecedented 12,000 candidates had applied and most of those barred were reformists and moderates.

While messaging from the mosques has been conservative, there is a more casual approach on smartphones everywhere in Tehran. And it’s becoming highly effective. Wherever you go people of all ages are keeping in touch – mainly using the Telegram app although some are also using Instagram.

“I couldn’t imagine a world without Telegram,” said one woman sipping cappuccino, holding the cup in one hand and balancing her smartphone in the other.

She expressed gratitude that Iranian authorities are allowing the encrypted service to work with no censorship or interference. It has become a main tool of election campaigning. Moderate and reformist candidates seem to be gaining most from the service. One in four Iranians is estimated to be using it.

I asked the cappucino drinker, 30-year-old Elham Ghorbani, an English teacher, how she would be voting.

She looked at me as if I was from another planet. “Of course I haven’t decided yet,” she exclaimed.

With only a few days to go, she had plenty more channels to look at, many friends to consult on her app.

The owner of one coffee shop, Faramarz Rad, spoke of a calmer, more contented atmosphere since the nuclear deal: “One of the most important achievements of President Rouhani is fulfilling his promise to get sanctions lifted,” he said.

As campaigning was about to close we visited a middle-aged couple at their home in Tehran. Naser Pourhassan is 53, a carpet salesman who struggled to support his only daughter in getting a good education. But now she can’t find a job.

He said that he was going to vote for the reformists because getting foreign investment is the only way to get rid of unemployment and recession. He was doubtful that there would be any tangible improvement in the short term but it would be better in the long term.

His wife, Tahereh Emami, 52, had a smartphone in her hand logged in to her Telegram family group. She is fully up to date with the twists and turns of campaigning.

One Iranian telecommunications executive is reported to have remarked a while ago that the number of people using Telegram easily exceeded those watching state TV.

Will the moderates and reformists gain more influence or even win control of Parliament from the Conservatives?

Not everyone is as pragmatic as the carpet salesman about lives changing in Iran.

The poor suffered more than anyone else under sanctions. And they are less patient and optimistic about life becoming better. 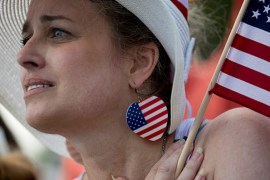 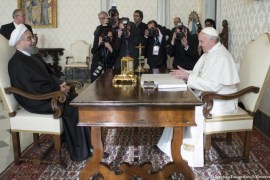