California, United States – Nawaal* is lying on a hospital bed with her legs spread open. A thin intravenous tube is carefully inserted into her left arm, slowly pumping a dose of general anaesthesia into her system.

As she waits for sleep to consume her, she remembers an afternoon a decade or so ago when she was lying in another hospital bed. That time, she was in a nursing home in Nairobi, Kenya.

Beside her was a table covered in a standard hospital green cloth. On top of it were a shiny pair of curved scissors, a spool of surgical thread, and a bundle of gauze.

A middle-aged male Somali doctor fumbled with an injection while muttering a dua (prayer) under his breath.

The image grows hazy as she lets the anaesthesia take control of her body.

Nawaal, 27, is Dr Marci Bowers’ fourth surgery of the day.

Bowers is a gynaecologist who specialises in transgender surgical care, but over the past seven years, around 126 clients have made the journey to her cosy clinic in Burlingame, California, with the hope of reclaiming a part of their anatomy they lost as children. Nawaal is one of them.

The next thing Nawaal recalls from that day, 11 years ago, is the Somali doctor carefully closing her legs and asking a nurse to help put on Nawaal’s long black skirt and green linen top. She was 15 years old and had just undergone female genital mutilation, or FGM.

In a 2015 report for the Population Reference Bureau, Dr Nawal Nour, the founder of the African Women’s Health Centre at the Harvard-affiliated Brigham and Women’s Hospital in Boston, wrote that “more than 125 million girls and women globally are living with female genital mutilation,” and that “three million undergo such procedures every year”.

Some of those girls are raised in western countries, but taken to the countries from which their families originate, on the pretext of a holiday, and then circumcised in hospitals under the supervision of medical practitioners – a practice often referred to as “vacation cutting”.

Most of Bowers’ patients have been victims of vacation cuttings – women, she says, come from destinations as far-flung as Europe, Australia, North America or Asia.

In her opinion, these women experience a loss of identity post-FGM. While western society tells them that FGM is an act of mutilation, their cultural bindings might tell them otherwise.

A transgender woman herself, 58-year-old Bowers has been a pioneer in sex-reassignment surgeries, but only began performing FGM-reversals in 2009.

She was first approached in 2007, by an organisation called Clitoraid, to train for two years under French surgeon and urologist Dr Pierre Foldes, who developed the reconstructive procedure.

Now mired in controversy, Clitoraid is a non-profit project started by the Raelian religious movement that is rooted in the belief system that extraterrestrial species created life on Earth and that humanity’s purpose on this planet is to pursue pleasure.

Bowers explains that her thriving personal practice and association with Clitoraid affords her the opportunity to perform the surgery pro-bono, charging only for the operating room and anaesthesia procedure.

Although Bowers has performed surgeries in Burkina Faso, at a Clitoraid-run hospital, she is currently only practising from her clinic in California, which she admits limits the pool of patients who can access the surgery.

Picking up a file in front of her, she says: “I primarily only see patients like Nawaal … western-educated, privileged women who refuse to live with the consequences of what they had to undergo in their childhood.”

The surgery Bowers practises is not without controversy. In a response to a 2012 paper by Dr Foldes, leading British doctors argued that surgery to correct FGM was “not anatomically possible”.

The doctors disputed Foldes’ claims “that surgery can excavate and expose buried tissue” and questioned the integrity of the methods used to conduct the research, eventually concluding that reversal procedures could cause more harm than good.

While Foldes has studied the ramifications of the surgery on a patient population of 866 women, over the course of one year, there has been no long-term research done to determine the efficacy of the procedure.

Bowers acknowledges that it is hard to keep track of patients post-procedure, but reflects “even if one patient comes back to me saying she was able to achieve an orgasm post surgery, for me, that is reason enough to continue”.

Born in Somalia, Nawaal’s family moved to Canada to escape war when she was four years old. She describes her western-educated parents as religious, yet progressive.

When Nawaal was growing up, tales of this “old-fashioned” custom were something her mother, a nurse, and her friends discussed over tea in their suburban Canadian living rooms.

Then, in the summer of 2005, when she was 15, Nawaal left for a three-month holiday in Nairobi with her mother and sister. She recalls how, on one afternoon during the “rather pleasant summer holiday”, her mother and four other women encircled her and her sister and explained that it was time for them to embark on the road to womanhood.

“I was almost 16 years old, there was no way I was going to let them bully my sister or me,” says Nawaal, who spent weeks resisting what she says began as “emotional abuse”, but soon became threats.

Finally, after 21 days of “being bullied,” Nawaal gave in. She was taken to a local hospital, where she recalls the surgery lasting no more than five minutes.

“I never felt a thing,” she says. “I remember riding my bicycle that evening.”

Eleven years later, while studying to be a nurse, Nawaal had the opportunity to examine the female anatomy up close. She decided it was the right time to have a reversal procedure for the form of FGM – categorised as Type 1, where the clitoral hood was taken off and part of a tip of her clitoris was removed, leaving her with scar tissue instead of a fully formed clitoris – she had undergone.

READ MORE: Memories of FGM – ‘I was screaming in pain and fear’

Nawaal has made the trip to San Francisco for her surgery with her sister, Basra, and four of her closest friends.

Once at the surgical centre, she fills out a set of consent forms, with her sister by her side. Only two years apart in age, both underwent FGM at the same time. But while Nawaal struggled to deal with the trauma, Basra says, “it didn’t really make that much of a difference to my life”.

Basra explains that while she wishes she wasn’t cut, she has no plan to get the reversal surgery anytime soon. “At this point, I want to spend my money on other things,” she says, referring to the $1,700 cost for the anaesthesia and surgery room.

But sitting two seats away from Basra is 21-year-old Nathar, who is considering undergoing the surgery herself.

She was cut when she was 12. Preferring to use the term FGC – female genital cutting – instead of FGM, Nathar is of the opinion that she was “cut, not mutilated”.

She decided to make the trip to support Nawaal, but also to check out the surgery, although unlike Nawaal, this is a decision she would not share with anyone. “I don’t want my mum to feel guilty about what happened to me,” she says. “I know her intentions weren’t evil.”

‘I can already feel the difference’

Once in the operating theatre, Bowers starts by examining Nawaal. Slipping on a pair of magnifying surgical glasses, she uses a tweezer-like instrument on her clitoral hood.

Finding a cut along her clitoris she discovers small bumps or nerve collections, that she delicately cuts using a thin curved scissor. In most of those who have undergone FGM, the amputated clitoris generally recedes behind a web of scar tissue that develops over the years, eventually covering up the organ.

Trickles of blood start oozing out, and Bowers reaches for a bundle of gauze to control the bleeding while deftly suturing up the wound with delicate stitches.

A total of 15 minutes, 12 stitches and two high-fives later, she deems the surgery a “success”. While the wound will take a minimum of six weeks to heal, Nawaal’s recovery should start within the next two days.

Back in her office, Bowers looks at her appointments scheduled for the next few months. In 2015, she performed 20 surgeries and already has four back-to-back surgeries scheduled for sometime in the coming month.

Determined to help as many women as she can, Bowers says she is eager to train anyone who wants to learn the technique. She hopes that a female doctor from Africa will sign up for the programme. “That definitely should add more credibility to the surgery,” she says.

Three weeks later, Nawaal is back at home in Canada recovering and enjoying some time off with her family. The first few days after the surgery, she was sore and nervous about her wound. But after three days, the curiosity became too much to bear, so she pulled out a pocket mirror to take a quick look.

“My first reaction? That’s so cool,” she laughs. The clot of scar tissue Bowers took out during surgery helped expose her clitoris; the stitches made sure the area around it would remain open. And her husband? “He was pretty excited, as well,” she says.

She’s been told to abstain from full sexual intercourse for six weeks, but “I can already feel the difference,” she says, shyly. But most importantly, she says: “I finally feel … complete.”

*Her name, and those of her sister and friends mentioned in this article, have been changed to protect their identities. 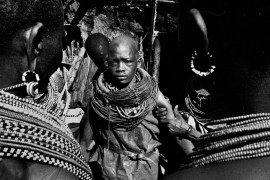 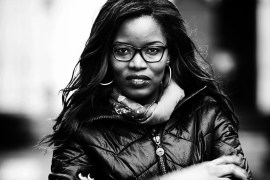