Thousands of revellers gathered at first light along Sydney’s harbour foreshore in advance of the city’s New Year’s Eve fireworks, while countries across the Asia Pacific region are planning some very different celebrations for the start of 2017.

The most sought-after vistas from peninsulas around Sydney’s iconic Opera House are now ticketed, and hundreds slept out in queues overnight to get the best spots when gates opened on Saturday morning.

In other areas around the harbour, people started setting up tents on Friday, before dawn.

Around one and a half million people are expected to pack the Australian city’s harbour area to see 7m Australian dollars ($5m) worth of fireworks go up in smoke at midnight (13:00 GMT on Saturday).

Organisers are promising the biggest show ever with more than 100,000 fireworks being set off.

In New Zealand, one of the first countries to bring in the New Year, Max Key, the son of the former prime minister John Key will DJ as five minutes of fireworks go up from Auckland’s Sky Tower.

The Pacific country’s capital, Wellington, will also put on fireworks and music at an inner-city lagoon.

In Thailand, fireworks have been banned from New Year’s celebrations after the government decreed a one-year mourning period for the late King Bhumibol Adulyadej, who died in October aged 88.

But as the year ticks over, hundreds of thousands of people are expected to jointly sing a New Year song composed by Bhumibol himself, followed by the royal anthem.

In Sydney, police have assured the public there are no known threats to the festivities, but for the first time, buses will be used to block roads leading to the pedestrian zones to prevent truck attacks, such as those in Berlin and Nice.

Up to a billion people are expected to tune in to the city’s celebrations around the world, with the fireworks set to be streamed live via Facebook and YouTube for the first time ever. 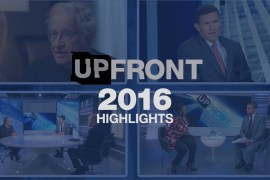 As the year comes to a close, we look back at some of UpFront’s compelling interviews and debates. 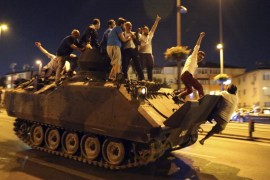 Find out which were our most read stories from this year and which stories our editors liked the most. 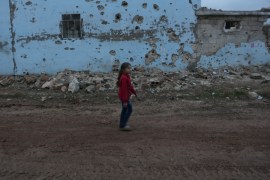 2016 has gone to the dogs: Good riddance to a bad year

This is the year that added insult to injury, as disagreement translated into indecency, and arrogance bred incivility.