Debbie Reynolds, the star of the 1952 classic Singin’ in the Rain, has died at the age of 84, one day after after the death of her daughter Carrie Fisher.

Reynolds suffered a stroke at her son Todd Fisher’s Beverly Hills home late on Wednesday after telling him “I miss her so much, I want to be with Carrie,” he was quoted as telling celebrity news website TMZ.

Fisher, who catapulted to worldwide stardom as rebel warrior Princess Leia in the original Star Wars trilogy, died in Los Angeles on Tuesday , four days after suffering a heart attack on a transatlantic flight.

Media reports said Reynolds had been at her son’s house to discuss funeral arrangements when she became ill.

Social media was soon awash with messages of sympathy, dismay and support as fans and fellow celebrities struggled to come to terms with another devastating blow so soon after Fisher’s death.

Singing in The Rain is one of my absolute favorite movies. This scene always cheered me up no matter what I was feeling. #DebbieReynolds pic.twitter.com/JIFvpByfGW

Screen Actors Guild president Gabrielle Carteris said in a statement: “We have lost a unique talent and a national treasure. Coming so close to the death of her daughter, Carrie Fisher, this is truly a double tragedy”.

“Their imprint on our culture is profound, and they both will live on.”

Reynolds made a name for herself in a string of hit musicals in the 1950s after being discovered by MGM studio bosses at a beauty contest in southern California.

But she is best remembered as the sweet but shy voice artist Kathy Selden in Singin’ in the Rain and being cast opposite tap-dancing superstar Gene Kelly, who was more than twice her age.

Off-screen, she was known as the wronged party in one of Hollywood’s most notorious scandals, when her husband, singer Eddie Fisher, left her for her friend and fellow screen icon Elizabeth Taylor.

However the two women remained close until Taylor’s death in 2011.

She is survived by her son, Todd Fisher, an actor and producer. 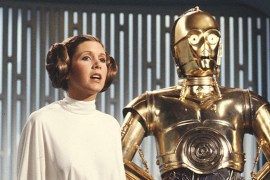 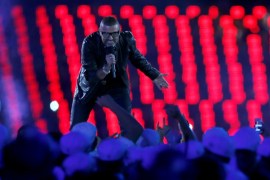 Michael’s manager says the singer’s death in Oxfordshire, England on Sunday was caused by heart failure.