Rajasthan, India – In the early morning hours outside a hospital in the city of Bharatpur in Rajasthan, a newborn baby girl – still with her umbilical cord attached – was found abandoned and in critical health. Underweight and wet after hours of intermittent rainfall throughout the night, the baby’s condition deteriorated.

The infant was rushed by hospital staff to a neonatal intensive care unit and then taken to another hospital for better medical treatment. The child welfare committee in India lodged a police case for the abandonment.

The child is only one of the several hundred baby girls abandoned each year in the Indian state. Poverty, along with the cultural tendency to favour boys, has pushed parents to abandon infants in dumps, hedges, bushes, bus stands, railway tracks, and water bodies – exposing them to fatal risks.

Today, 90 percent of the 11 million abandoned babies in India are girls. In Rajasthan, 674 children were abandoned between 2007 and 2011, highest only after Maharashtra, which saw 1,232 babies deserted.

To fight the perpetual trend, Rajasthan’s state government introduced the Ashray Palna Yojana project in the 2015-2016 budget. Under the project, 67 cradles were set-up throughout the state – at all district hospitals, medical colleges, and satellite hospitals for the parents to anonymously leave their unwanted babies.

“The main aim of the scheme is to save the newborn babies who are dumped in dustbins and bushes right after birth, most of whom happen to be girls,” says Devendra Agrawal, health department adviser of the scheme.

Once a baby is placed in the cradle, a bell rings three minutes later, informing the hospital staff that a child has been dropped off. The child is then taken to a neonatal intensive care unit and given a medical check-up. Once cleared of any illnesses, the child is then relocated to one of 37 adoption agencies around the state.

These adoption centres have been selected by the state for the purpose of caring for these abandoned children. Twenty newborn babies have been received in the cradles since February, when the project was implemented.

The scheme’s credo, “Don’t dump, give them to us” works at multiple levels, believes Agrawal.

“The newborn baby gets a chance to live, and a childless couple gets a reason to live … It keeps the baby girls from falling into the wrong hands,” he says, explaining how many children who are abandoned – if they survive and are not brought to the notice of the police authorities – end up in the network of the illicit trade of child trafficking.

“We tell society if you don’t want a girl, don’t kill her – we will take care of her,” he says. “We are not interested in knowing the identity of the parents; this is a unique feature of this scheme. If we try to track who they are, they wouldn’t leave their babies.”

Issues at the core

The illegal, yet widespread, practice of dowry, a financial transaction paid to the groom’s family at the time of marriage, is a chief reason parents may consider daughters a financial burden, preferring sons to daughters. This resulted in the practice of sex-selective abortions.

The Indian parliament introduced The Pre-Conception and Pre-Natal Diagnostic Techniques Act (PSPNDT) in 1994, criminalising prenatal sex-determination tests, with an aim to prevent their misuse to selectively abort female foetuses.

“We believe no parent would like to abandon their child, provided there are some circumstances that are so hard for them, which is making them do so … out of sheer helplessness,” says Soha Moitra, regional director of the northern region at Child Rights and You, a nonprofit children’s rights organisation.

“Sometimes, the parents are in a situation where keeping the child with them will badly affect their personal and social life, as in the case of a child born through sexual assault,” believes Kavita Swami, president of an adoption agency in the city of Bikaner that is associated with the project.

In the Indian constitution, it is illegal to abandon or neglect a child, and a parent can be punished for up to seven years in prison and/or fined under Section 317 of the Indian Penal Code, and up to a prison term of three years and/or fine under Section 75 of the Juvenile Justice Act, 2015.

“Since cradle babies are being put in a protective environment of the hospital staff, to be taken care of by adoption agencies, the parents place the babies in cradles legally – with no questions asked. Which is not the case when they abandon a child at unsafe places, say, on the roadside,” says Swami.

The Bikaner adoption agency has put up a cradle in their own ground as well, as an individual step taken to help the kids and the parents.

“The babies received are in very bad condition,” Swami says, explaining how they are “wrapped in some old cloth, the umbilical cord is not cut properly – sometimes they are not even cleaned … It looks like it was pre-decided before birth that they will leave the child, regardless of whether it’s a boy or a girl.”

INSIDE STORY: Can the world be fair to women?

Child rights activists believe making it legal to give up one’s child only absolves parents of their responsibility towards their daughters, without doing anything to address preference for boys in society.

“It is the reaction to symptoms, and not to cause,” says Moitra. “Because it is a quick-fix, the state is actually giving a legitimate sanction for abandonment,” she says.

A similar scheme called Cradle Baby has been operational in the state of Tamil Nadu since 1992, another state where the practice of abandoning girls has been rampant. “We can draw our learnings from the Cradle Baby scheme,” Moitra says.

“It is catastrophic for the children, especially girls. Now, we have several children to be given for adoption, so many adoption agencies come up. But are these agencies registered and regulated?” she asks, speculative about the implementation of the scheme.

“What happens to the child beyond the cradle? One way of looking at it is that the state is giving survival to the child. But is this survival worth it for the child? Most of the time, the places they end up in … are in bad shape with not enough staff, following illegal processes.”

“Is there a complete loop by the state? Can the state ensure a safe and complete childhood?” she asks.

There has been criticism that not enough thought has been put into where the cradles are placed. Some of the hospitals have the cradles in crowded areas, where parents would be reluctant to drop off. Also, some local newspapers reported cases where the bells of some of the cradles are not working, putting the undetected child at risk.

But beyond the logistics of the Ashray scheme, it is generally agreed upon by most of those who spoke with Al Jazeera that more should be done to address the core social issues that give rise to the sense of helplessness that takes hold of parents even before the children are born, including issues of gender roles and how children are socialised from a young age.

While parents who abandon children come mostly from a poor background, potential adoptive parents come from all social strata. “We have got requests from a taxi driver to a government employee,” says Swami. There is no income parameter for adopting a child.

“Female infants are being thrown off in dustbins to be eaten by animals. This is a temporary solution to save those lives,” says Agrawal. “The long-term solution to change the mentality would take years. It won’t happen in five to 10 years. We cannot let those girls die till attitudes change,” he adds.

However, Swami says that she notices most pre-adoptive parents ask for girls rather than boys, contrary to popular expectations.

“I am surprised and happy when many parents, especially when adopting their first child, prefer a girl,” she says. “It gives me hope that somewhere society is changing.”

“Every daughter should have the right to live and grow,” Agrawal says. “A future where no daughter is a burden, and no woman helpless.” 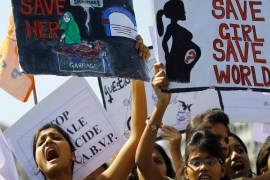 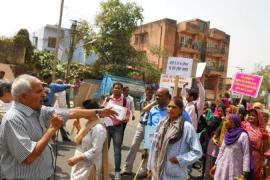