The Fidel Castro that I knew and observed for more than a decade was obsessed with controlling every detail of things that mattered to him.

When he tripped and fell flat on his face while leaving a stage in Santa Clara, he refused to be put under anaesthesia during an operation to repair a broken knee and fractured shoulder.

And while the dramatic video and photos of the incident were never allowed to be shown inside Cuba, the full front-page account of the incident on the Communist Party daily Granma was not written by a journalist but by Castro himself.

He ensured everyone knew that not for a moment had he stopped being in command of his senses and of Cuba.

Now, after following his funeral cortege’s long trip back to where the Revolution began – in Santiago – on the last of the country’s official nine-day mourning period, I’m convinced that Castro choreographed every important aspect of his grand exit.

He asked to be cremated and placed in the same cemetery as Cuba’s most-respected independence hero Jose Marti. His tomb is a simple but imposing structure that looks like a giant rock. Not much analysis needed here.

In many ways he was a man of exquisite and bourgeois tastes.

Humility was never a trait of the leftist leader who, even in his old age, could talk nonstop for almost eight hours in front of exhausted officials who could not leave the auditorium until he had finished.

Publicly, Castro was keen to portray an image of a simple and humble servant of the revolution.

To my surprise, he went so far as to insist that no statues, busts or monuments be erected with his image and that no parks or avenues bear his name after his death.

What he really wanted was to ensure his death would serve as a tool to reignite the revolutionary fervour and commitment to socialism of the early days, in the face of every growing demands for political and economic reforms.

Hence, the mourning period with nonstop state media coverage of the four-day roadtrip of his ashes from Havana to Santiago.

They were meant to re-trace Castro’s victory caravan following the triumph of the revolution, but in the opposite direction.

As in 1959, the streets of Cuba from one end of the island to the other were packed with people waving flags and chanting his name. There was plenty of organisation but also spontaneous and genuine displays of emotion.

As a member of the Castro family told me while waiting for the funeral cortege to enter Santiago, “Fidel and Raul have been planning for this moment for a long time”.

The funeral, and everything leading up to it, would surely have pleased Castro. But what the man who determined the destinies of his countrymen for nearly half a century will not be able to control, regardless of all the preparations for this moment, is for how long his one-party communist state will outlive him. 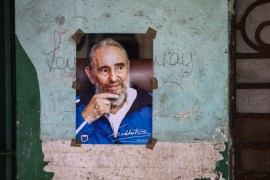 Former president attends his 90th birthday celebrations in Havana and thanks Cubans for their tributes. 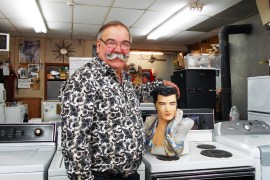