Rabat – It has long been known as Morocco‘s ochre city, thanks to the dusty pink of its historic sandstone walls. But for the next 11 days, Marrakech will be going green for COP 22, the massive, international follow-up to 2015‘s historic Paris Agreement on climate action.

At COP, a vast array of stakeholders will be approaching a diverse spread of topics, from renewable energy to eco-feminism. But the ultimate aim for all those invested in global climate action will be to build on the scaffolding put in place by Paris‘s climate talks in 2015.

What we hope for the event is to mobilise for funds for renewable energy projects and technology transfer in Africa in particular.

While the strenuous government negotiations will take place at the event‘s Blue Zone, whose site will be sectioned off under the authority of the United Nations, in the Green Zone, members of the general public will mingle with NGO workers, state institutions and private sector employees in any of the 500-plus “side events“ that are being staged.

“We need to flesh out what the fine print of the agreement is,“ said Mariana Panuncio-Feldman, who co-leads the World Wildlife Fund‘s delegation to COP 22. “[The agreement] provided some guidance, but issues like financial support, for example, were not touched on as much.“

“Now‘s the time to turn the promise of Paris into action and build on it,“ she added. “We can come out of COP 22 with a clear work plan that looks ahead to two years from now, in 2018.“

The two-year mark is important, as 2018 will bring together the parties of the Paris Agreement once again for a “facilitative dialogue,“ in which countries will take stock of their progress on implementing the agreement‘s measures.

COP 22, wedged between the agreement and its future evaluation, is an important enforcing mechanism in the collective aim of the parties to curb greenhouse gas emissions.

Paris gave the world a number: 2 degrees, which is the maximum rise in temperature that the globe can experience this century, before climate change begins to unleash serious consequences.

Bolstering COP22‘s urgency is the knowledge that, currently, the international community is not doing enough. Even if all the Paris pledges can be realised, the earth is still set to experience a temperature rise of 2.9C to 3.4C this century, according to a UN Environment Emissions Gap report.

The field of climate change is strewn with technical terminology and sometimes buzzwords such as “capacity building“ or “enhanced transparency framework“ mystify the outside observer. Yet in Marrakech, there’s an opportunity to get concrete.

As delegations hash out the details of the Paris Agreement, they will have to narrow in on the specifics of policy and determine how international goals translate into formalised plans. An example, Panuncio-Feldman notes, is the issue of timing; as of today, parties have not yet agreed on whether contributions under the agreement should be set against a five or 10-year span. Pinning countries down to a uniform schedule could be a major accomplishment for COP 22.

A second issue is clarifying how developing countries can structure and propose the limits of their Nationally Determined Contributions (NDCs). According to Panuncio-Feldman, it is useful when countries note both “what they can do with their own resources and what they would like to do but cannot with the current finances and resources they have“.

COP 22 has been nicknamed the COP of Africa, and an issue clambering to the top of its agenda is the role developing countries must play in global climate solutions. Badr Ikken, general-director of the Research Institute for Solar Energy and New Energies, will be attending COP 22 as part of the Morocco delegation; for him, Marrakech has great potential to draw in stronger involvement from the continent and make climate action a more inclusive project.

“At COP 22, we‘re seeing the participation of small countries, countries which are still in need of support from developed nations,” he said. “What we hope for the event is to mobilise for funds for renewable energy projects and technology transfer in Africa in particular.“

According to Ikken, COP 22 must give space for developing countries to assert their needs, so that the parties can distinguish between how energy heavyweights such as China and the United States approach climate action, and how smaller countries can maintain the same goal while maximizing the efficiency of their resources.

“It’s very important to reach our goal of 2C or less, and non-developed countries, which in the future will start generating more energy, have to be strongly involved now,“ said Ikken. He noted that Morocco is embarking on a big transition, with plans to draw 52 percent of its energy from renewable sources by 2030.

Other countries on the continent, however, are earlier in the development process, and must still bulk up their resources by “building power plants and infrastructure.“

Ikken also pointed to the importance of transnational collaboration, invoking the example of the “Triple A Initiative,“ which Morocco spearheaded as part of the country‘s build-up to COP 22.

Under the Green Morocco Plan, Triple A aims to address the challenges faced by the agricultural industry in Africa, while also assisting in the research of farming techniques for the continent‘s arid and semi-arid zones.

The importance of African nations as emerging climate actors was also a notable COP theme for Aymen Halleb, an environmental activist from Tunisia, who attended COP 22‘s opening youth conference with an environmental NGO, Atlas.

“I met a lot of young people from Africa hoping to use this COP to raise their collective voices,“ he said. “We are all affected by climate change and we are aware of pressing issues in our countries like water shortage and deforestation.“

As part of his organisation, Halleb works with women’s cooperatives back home to teach them agricultural and oil-production methods that are environmentally sustainable. For him, COP 22‘s youth conference was an opportunity to meet other young people from neighbouring countries, discuss experiences and form fledgling partnerships.

Yet looking ahead, Halleb feels doubtful that COP 22 will match these networking opportunities with material support. “I’m not optimistic. The problem is the financing of projects,“ he said. “It‘s difficult for projects in some African countries to find funding, so we as civil society actors are here to put pressure on our national delegations to finance projects and include our input in discussions on funding.“

In 2009, developed countries pledged to raise $100bn a year by 2020 to support sustainable initiatives in developing countries, often through the vehicle of the Green Climate Fund, which functions under the guidance of COP.

Geared towards vulnerable communities facing climate change, the fund attracts proposals from organisation‘s such as Halleb‘s. This October, the countries that made the $100bn pledge released a report declaring that they were on track for 2020 – yet some commenters have called into question the document‘s credibility, revealing the persistent ambiguity that clouds questions of funding sources and financial support.

At COP 22, where transparency is currently enjoying a big emphasis, the financing of the Paris Agreement and NDCs will be a key issue.

According to Ikken, however, there is also promise in the private sector, which has become increasingly involved in gatherings such as COP 22. 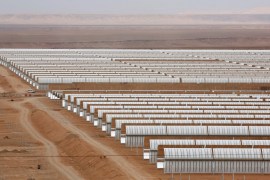 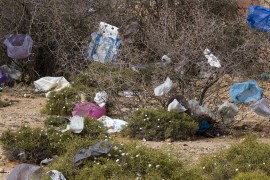