Atlanta, United States – With the US presidential election only days away, many in the US – particularly the Muslim-American community – are bracing for the worst over fears that a win, or a loss, by Republican candidate Donald Trump could bring violence.

Stirred by Trump’s inflammatory rhetoric, members of local militias from across the US have said they plan to carry firearms at polling stations to prevent alleged election “rigging” in favour of Democratic candidate Hillary Clinton.

In Newton County, 85km south of Atlanta, Georgia, those concerns are justified.

When a local Muslim-American community in the Atlanta area decided last August to buy land to be used primarily as a community cemetery, they did not expect that their innocuous plans would set off a firestorm of opposition that included local officials and armed white nationalist militia groups.

Al Maad al-Islami Mosque sought approval from Newton County to construct a cemetery, a funeral home and, perhaps many years down the road, a mosque and a recreational area on the half-a-square kilometre of land purchased for the project.

But when word spread of the plans, local residents and several county commissioners protested on the grounds that the property would be used as “training ground for ISIL terrorists”, referring to the armed group known as the Islamic State of Iraq and the Levant, or ISIS.

The plans also drew the attention of a group known as the Georgia Security Force III% , one of many white nationalist militias around the country that have been galvanised by the Trump campaign and his anti-immigrant and anti-Muslim rhetoric.

In August, Members of Georgia Force III% – headed by Chris Hill, 42, a former US marine who goes by the name “General Blood Agent” – held an armed protest against the Muslim community at the property in Newton County, accusing them of being ISIL supporters and “terrorists”.

The Georgia militia group is also connected to a Kansas militia which had plotted to blow up a Somali Muslim mosque and community centre, according to Ryan Lenz, a researcher for the Southern Poverty Law Center, which tracks and researches hate groups in the US.

The FBI announced last month that it had foiled a plot by a local militia in Garden City, Kansas, to detonate car bombs at the Somali Muslim community centre and around the apartment buildings where many of the community members live.

Lenz told Al Jazeera that historically, white nationalist groups have tended to embrace a conspiratorial view of the US federal government, accusing it of conspiring with the UN to establish a new world order and thereby undermining the US.

“In the aftermath of September 11, white nationalist groups teamed up with organised anti-Muslim hate groups, creating a dangerous and threatening alliance against members of American Muslim community,” he said.

Lenz added that the convergence of these two groups has created a terrifying mix in US local and national politics, the effects of which are not going away any time soon.

“The election of President Barack Obama, whom white nationalists and anti-Muslim hate groups accuse of being a crypto-Muslim, is also energising the anti-Muslim hate campaign in this country.”

The Georgia Security Force III% did not respond to Al Jazeera’s requests for an interview.

Imam Mohamad Islam, the leader of the al Maad Mosque, is unfazed by the threats and hateful statements made by militia members and others who opposed the cemetery plans.

He said he only wants to establish legitimate institutions to care for the community’s social and religious needs, but knows a change in local attitudes will only come through patience and dialogue with the area’s non-Muslim community.

“As a Muslim, I have to exercise patience when facing hardship and animosity,” Islam told Al Jazeera.

Islam also expressed frustration that as an American and a Muslim he is somehow required by the public and the American media to answer for actions of other Muslims across the globe.

“It seems like certain segments of the American society insist on holding us responsible for the violent actions of some Muslims overseas. We don’t condone any kind of violence, much less defend those who commit it. We are Americans first and foremost.”

Edward Ahmed Mitchell, the executive director of the Council of Islamic American Relations (CAIR) and a former Atlanta prosecutor, agreed with Islam that Muslim Americans are just as American as any other citizen of the US and therefore should be treated equally.

The build-up to the 2016 presidential election, Mitchell stressed, has caused anti-Muslim rhetoric to increase, with candidates such as Trump and Ben Carson frequently making bigoted statements against Islam and Muslims.

“The anti-Muslim rhetoric of certain politicians encouraged bigots who otherwise lurked in the dark recesses of the internet who now have a national platform,” he said.

Imam Islam’s approach of reaching out to county officials, dignitaries in the area and the local community by holding several joint meetings and having lunches and dinners with them has worked in easing the tension and eliminating misunderstanding between the two communities.

A Newton County spokeswoman told Al Jazeera the county was now ready to receive the mosque’s application for permits to start the construction of its cemetery ground.

“At the end, the people of Newton County stood up in defence of religious freedom that ultimately makes this a success story,” Mitchell said. 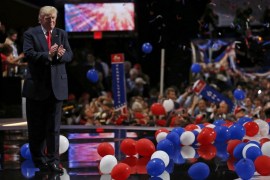 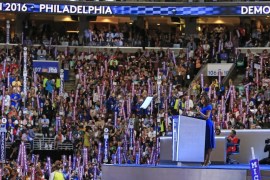