Athens, Greece – From the outside, City Plaza Hotel might not look like much, just another shabby building in the Greek capital of Athens, neglected during the years of the economic crisis. Step inside its doors to find a unique space for hundreds of people from all over the world: refugees.

Their plan was never to stay in Greece. They had hopes of reaching northern Europe. But, once the “Balkan Route” closed in March 2016, those who had made the dangerous trip in rubber dinghies from Turkey had nowhere else to go.

That’s when activists in Athens intervened and occupied spaces such as City Plaza, a hotel that had been abandoned years earlier, to prevent the weary travellers from sleeping in overcrowded camps or, even worse, in the streets of Athens, as many who could not find shelter were forced to do.

Since it was occupied, City Plaza has become home to some 400 refugees and migrants from Syria, Afghanistan, Iraq, Nigeria, Pakistan, Iran and elsewhere. Unlike most refugee accommodations in Europe, City Plaza affords its guests a level of dignity they wouldn’t find elsewhere.

People have private rooms and their own bathrooms. It’s an unusual space – where most asylum centres are hierarchical and segregated based on nationality, City Plaza functions collectively, with refugees and activists cooking, cleaning, living and making decisions together.

In such a diverse space, things can easily get lost in translation. But people find a way to communicate, and when they can’t there are people such as Rabea, himself a refugee from Damascus, to make sure that Greek and international activists can communicate with the refugees and migrants living in City Plaza. 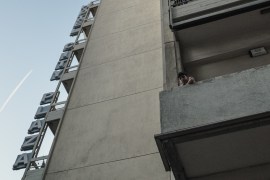 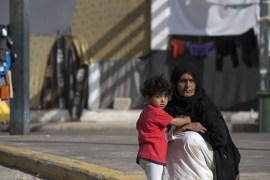