Leonard Cohen, the storied musician and poet hailed as one of the most visionary artists of his generation, died at age 82, according to a statement on his Facebook page.

“It is with profound sorrow we report that legendary poet, songwriter and artist Leonard Cohen has passed away. We have lost one of music’s most revered and prolific visionaries,” the announcement said on Thursday.

The statement did not provide further details on Cohen’s death and said he will have a private memorial service in Los Angeles at a later date.

Cohen began as a poet before branching out into music, reluctantly at first, writing some of his generation’s most reflective songs, including the oft-covered spiritual Hallelujah.

He released his final album, You Want It Darker, just last month, featuring Cohen reflecting at length on his own mortality.

Cohen was preceded in death in July by Marianne Ihlen, the Norwegian woman with whom he lived on the Greek island of Hydra and who inspired his song So Long, Marianne.

In a final letter to Ihlen revealed by a friend, Cohen declared his “endless love” for her, writing: “I think I will follow you very soon.”

The Recording Academy, which in 2010 presented Cohen with a lifetime achievement Grammy, mourned him as “one of the most revered pop poets and a musical touchstone for many songwriters”.

“His extraordinary talent had a profound impact on countless singers and songwriters, as well as the wider culture,” Academy president Neil Portnow said in a statement, adding: “He will be missed terribly.”

Known for his smoky voice and trademark black hat, and with a perennial air of melancholy about him, he was considered one of the best songwriters of all time.

Little is known about Cohen’s private life. He had two children with Swedish painter Suzanne Elrod and had a short relationship with actress Rebecca De Mornay. 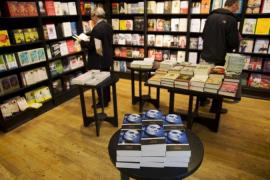 The Almond Tree: When novels distort legacies of struggle

Stealing the voice of marginalised communities often leads to misrepresentation of their stories. 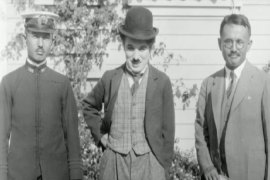 Manuscripts were found among 150,000 pages of actor’s archives, which took film experts 12 years to ensemble.