At 2.30am on Wednesday, a young man in a red Make America Great Again cap climbed a tree by the White House gate and shouted: “Donald Trump is the next president of our country!”

Around him, loud boos rang out from the crowds as breaking-news alerts confirmed what the man had just announced.

“F*** Donald Trump, F*** Donald Trump,” then came out in a united chorus from the hundreds of mainly young people who had gathered outside the president’s home, many of them in anticipation of celebrating the election of the first female president of the United States.

But from state after state, the numbers that came in were disappointing for the Clinton camp. What analysts and pollsters had considered unlikely, slowly came to pass.

Emotions ran high in the crowd, with some people openly weeping and others bubbling with anger.

However, neither this nor or the open hostility of the crowd could deter Jacob Weaver from defending his choice for president and his immigration policy.

Dressed in a suit and the iconic red trucker cap, Weaver, who is currently an intern in Washington DC, spoke of his excitement about increased border controls, Trump’s tax proposals and his “America first” policy in foreign relations.

Rather than dividing America as Trump’s opponents fear, Weaver thinks, the Republican will actually bring the country together.

Still, Nisreen Mohammed, a Muslim woman wearing a headscarf, was not convinced.

“I think the outlook for Muslims is going to be very difficult in the next four years, maybe the worst it’s ever been,” she said. “I’m shocked. I didn’t think this was possible.”

But Kevin Harper, an African-American man, said he was indifferent to a Trump victory. The country would not have fared any better under a Clinton presidency, he said.

Still, he thought it was a historic evening and decided to come to the White House.

“I wanted to be able to say I was at the White House when the devil was elected president,” Harper said. 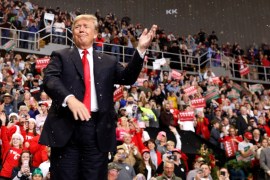 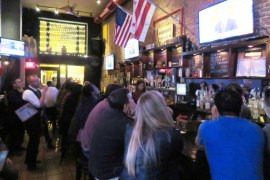 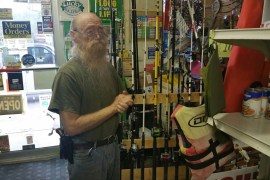 “In America, rich people get richer and poor people like us get poorer.”