Kabul, Afghanistan – With local media closely following elections results overnight, Afghanistan started its day on Wednesday watching a nail-biter of a presidential race which resulted in a victory for Republican nominee Donald Trump.

In the day leading to the elections, Afghans told Al Jazeera that Trump is an X factor – his stance on refugees from Muslim countries and reports of his treatment of women are offensive to people in this area. Democratic nominee Hillary Clinton, on the other hand, is a known entity with a long political curriculum vitae.

The potential change represented by Trump comes at a precarious time for Afghanistan, which is seeing spikes in attacks from the Taliban as well as the Islamic State of Iraq and the Levant (ISIL, also known as ISIS) fighters.

The security issue is a major concern not only in the capital, which is seeing a regular occurrence of car bombs targeting security vehicles – about two a week – as well as around a dozen provinces where attacks by Taliban and ISIL fighters have seen over a million Afghans displaced.

While the country’s chief executive officer Abdullah Abdullah issued an official congratulatory statement on Trump’s victory, the reaction among ordinary Afghans was mixed.

“I didn’t think it was good from the start. I thought they ran a rotten race,” said Qazniwal, who owns a construction logistical firm. He said he supported Clinton and added that he did not “even like saying his [Trump’s] name”.

The length and negative tone of the campaign caught the attention of Fawzia Koofi, a parliamentary member for Badakhshan.

“US elections are confusing,” said Koofi. Indeed, a correspondent tried to explain the US system, which uses the electoral college over popular vote, to viewers on Tolo TV on Tuesday night before giving up and just calling the system “complicated.”

“It was a very unpredictable election because it was just yesterday that we saw that Madam Clinton was ahead,” said Koofi.

Koofi said she does not expect that US policy will change towards Afghanistan, but what’s clear from this race, she said, is that “the world is still dominated by men … I was disappointed to see how, at the end of the day, the gender issue mattered. In most cases, I think, Hillary Clinton was not voted for because she’s a woman.”

The expectation from the US, she added, is that “they will get past this headache of the elections and get down to business”, which will include working on the issue of security in Afghanistan.

Although the US system seems complicated, the fact that the results were uncontested and that a winner was immediately declared made Nadim Fazli, 23, have some faith in it.

“There was a fast result and didn’t seem to be any fraud,” said the grocery store owner.

While he said he is not a fan of Trump because, Fazli said he did not believe the president-elect would haul Clinton to prison over her use of a private email server while she was secretary of state.

“Politicians say such things to get votes. I don’t really think he will do any of those things,” he said.

Trump’s lack of political experience left Afghans with little substance to weigh him on against Clinton, other than his statements against Muslim refugees and reports of his treatment of women.

“I’m not even sure if they’re true, but the reports of his harassment of women made me not want to support him,” said Jan Begum, 23, who studies economics at Maiwand University, adding that she saw Trump as someone who does not support refugees and humanitarian efforts in war-torn countries such as Afghanistan.

Her concerns were echoed on local news channels, which featured wall-to-wall coverage of the race on Tuesday and Wednesday.

“Afghans are concerned about Trump’s campaign promises and slogans – this is why they are following the news very carefully and Afghan media has a sharp eye on it,” said political analyst Ahmad Saidi.

Trump’s views were “dangerous for America and world,” he said, noting that Afghanistan had never seen such a tight race between two such divergent candidates.

No matter what they thought of the candidates, Afghans paid close attention to the election coverage because, said jeweler Mohammad Fahim, “Our future is tied to America’s.”

He is among those who anticipated some chaos after the vote but was ultimately relieved with the peaceful transition of power.

“We were concerned that there would be chaos – for America and for us,” said Fahim. “But after Clinton conceded, saying she would accept the results, we felt more assured.” 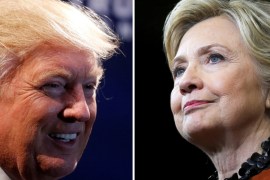 Afghans weigh in on US presidential candidates

For Afghanistan, Hilary Clinton is a known entity while Donald Trump is either a ‘nightmare’ or potential change agent. 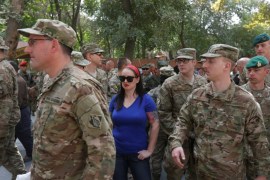 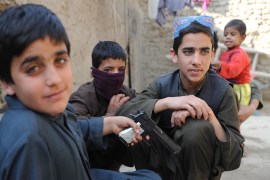