“Trump Soars Over Clinton Week Before US Election Amid FBI Scandal” ran a headline on Sputnik’s website on Tuesday.

I’d followed a tweeted link to the article, which also included a GIF of Trump pulling one of his most self-satisfied facial tics. It’s a face I imagine many in Moscow are wearing at the moment.

The article encapsulated the surge of hope within Russia’s largely state-controlled media that maybe, perhaps, possibly the US election might work out after all.

The reopening of the FBI investigation into Hillary Clinton’s private email server could easily damage her support. At least one US poll quickly put Clinton trailing Trump for the first time in months.

Ironically, Russia didn’t even have to do much. This saga had its origins in Washington DC, not Moscow.

The 2016 US election has been a wild ride. And much US establishment thinking – particularly in intelligence circles – has detected Russia’s destabilising hand in everything from the hacking of the Clinton campaign’s emails to the potential Kremlin recruitment of Trump himself as some kind of inside agent.

Sorting the signal from the noise in all this is no easy task. The Russian president has dismissed it as far-fetched hysteria.

“Correct me if I’m wrong,” Vladimir Putin said at the Valdai Discussion Club in Sochi last week, “but America is a great nation – not some banana republic.”

If the US is as mighty as it thinks it is, the president was saying, then there’s nothing that Russia could do to mess around with its democracy.

It was a classic Putin line. An insult wrapped in a compliment, tied up with a bow that could easily be interpreted as a geopolitical challenge. He was also partly dissembling, as he often does.

“Both adversaries engage in extensive political and economic espionage for the benefit of the government of the Russian Federation and are believed to be closely linked to the Russian government’s powerful and highly capable intelligence services.”

Watch Russian TV for any length of time, and it’s pretty obvious who Moscow wants to win.

“Trump’s leading in the race. His ability to state things as they are, and his intention to end the recent extreme Russian-American tensions – all this puts him in a very risky situation,” said TV host Dmitry Kiselyov on his prime-time news show mid-September.

“Now they may just kill him,” he concluded, ominously.

Coverage of Clinton in the state-controlled Russian media is largely negative. She’s viewed as ideologically anti-Russian, and Trump as a pragmatist and potential friend.

And even cosmopolitan, middle-class Russians you’d expect to think differently are wary of the Democrat, and find Trump’s candour and novelty refreshing.

One friend of mine here told me recently that under Clinton, the US-Russia relationship would stay the same – ie, bad. A Trump presidency, by its very unpredictability, would at least offer options for change. Essentially, she was saying, better the devil you DON’T know.

An opinion poll done in Russia recently found the following: 57 percent of Russians asked said the US election results would be important to Russia; 38 percent thought not. One in three said Trump’s victory would better match Russia’s national interests; 6 percent said they’d prefer Clinton; 22 percent replied that both were as bad as each other.

For most Russians, politics in their own country seem remote enough. US politics are remoter still.

What they want is largely what the president and the Kremlin-controlled TV channels want – a leader in the White House who will smooth balm on the gangrenous wound that is the current US-Russia relationship.

They don’t think Clinton will do that. 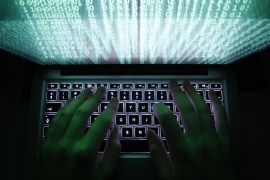 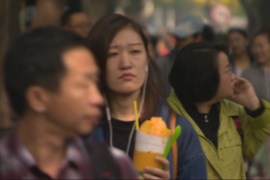 US elections: A view from China

In a survey released last month, Hillary Clinton was favoured over Donald Trump in mainland China.