Richmond, Virginia – Approximately 18 women die every day of a prescription painkiller overdose in America, according to statistics from the US Department of Health.

It is an epidemic spreading across the country and while men are still more likely to suffer from opioid addiction than women, the gap continues to close. Overdoses caused by prescription pain medication increased more than 400 percent among women from 1999 to 2010, compared to 237 percent among men.

“The United States is in the midst of the worst drug epidemic in its history,” Dr Andrew Kolodny, executive director of the advocacy group Physicians for Responsible Opioid Prescribing, told Al Jazeera. It is an epidemic from which American women are suffering at higher rates than ever.

Opioids are a type of highly addictive class of drugs commonly used to relieve pain. Medications such as oxycodone, codeine and morphine are all types of opioids. They work by reducing the strength with which pain signals reach the brain – giving their consumer an immense sense of both physical and emotional relief. Heroin is also an opioid.

At the McShin Foundation, a drug treatment facility in Richmond, Virginia, Lauren Allison, 28, shared her story of years-long drug dependence and abuse.

Dressed in blue jeans and a checkered shirt – above which the top her of bright blue chest tattoo can just be seen – Allison looks no different to many women her age. An introduction to prescription pain relievers in her teen years led to a spiral of drug abuse that would carry on into her late 20s.

“I started out using pills when I was 17, just with a friend, then I figured out how to get them from doctors, then that moved to heroin,” she said.

At 22, working a minimum wage job at a fast-food restaurant and struggling to keep up with daycare costs for her kids and eviction notices, only exacerbated Allison’s addiction.

“I lost two children, not by death but financial reasons as I had been evicted. My boyfriend at the time had heroin in his pocket and I used it – I loved how it made me feel,” she said.

“I was in an abusive relationship and I kept putting my children in a situation where they were witnessing the abuse, which led to me losing them. That trauma – of losing two of four of my children – definitely had an effect on my addiction.”

In 2015, after five years of heroin abuse, things came to a climax for Allison when she overdosed in front of her youngest daughter. The incident landed her in jail, but this is where she was set on a road to recovery.

“I’m nearly seven months clean now and reunited with three out of my four children … and I’m happy,” she said. In January, Allison plans to attend a local community college, where she hopes one day to become a counsellor for victims of domestic violence.

Roots of an epidemic

While opioids for medicinal use have existed in the United States since before the 1900s, the current epidemic has its roots in the 1990s. According to a study by the National Institute on Drug Abuse, this is when “drastic increases in the number of prescriptions dispensed” and “aggressive marketing by pharmaceutical companies” led to an “environmental availability” of prescription medications.

The number of prescriptions for opioids grew from 76 million in 1991 to nearly 207 million in 2013, making America the world’s biggest consumer of opioids globally.

According to the American Society of Addiction Medicine (ASAM), this increase particularly affected women as they are more likely to have chronic pain than men and therefore, receive prescriptions for this medication. Women are also more likely to be given higher doses of medication and use it for longer periods of time – making many susceptible to addiction.

When highly-addictive prescription opioids are no longer available, many women turn to heroin – a drug that provides the same feeling of relief but is far cheaper and more accessible, says Kolodny. According to latest figures from ASAM, four in five new heroin users started out by misusing prescription painkillers.

Brittany Stigall, 26, is another resident of Virginia’s McShin Foundation. Wearing a bright orange T-shirt that reads “blessed girl”, she explained that a serious neck injury caused by an accident at work led to her first use of prescription pain medication, from which the progression to heroin was relatively quick.

“If you run out of your prescription before you can get a refill, you find other ways to get that same feeling, which is where heroin comes in … It’s cheaper, it has a stronger effect and it’s way easier to get,” Stigall said.

The mother of two says that a lack of any support system during her youth made her particularly susceptible to addiction.

“I have had so many other things happen to me, I felt like it was inevitable that I was going to find something because I wasn’t getting the actual care that I needed. Whether it was the doctor who gave it to me or some random person on the street, drugs were going to come into my life,” she says.

Unfortunately, after months of recovery, a recent relapse brought Stigall back behind McShin’s doors. “I’m still in recovery, but I have a relationship with my family and my kids. I see them a lot more than I had in the last four years … and I have goals, I want to be a nurse one day and help other people.”

‘Destined to become an addict’

Erin Mayberry is the director of female programmes at the McShin Foundation. A former addict herself, Mayberry was given prescription painkillers when she was diagnosed with rheumatoid arthritis.

“I remember the first [pill] I took made me sick as hell, but it did something to my mind that felt good, so I continued to take them. I graduated from one dosage to a higher dosage, and then that wasn’t enough. Before long, I was looking on the street and started with heroin as a filler.”

Mayberry told Al Jazeera that she would use heroin in between pills to make her prescription last longer but that ultimately, “it just got to the point where the heroin took over and the pills were not as much … Once I was given that opioid, I was destined to become an addict.”

The US government has come under criticism for not enforcing stricter rules on medical practitioners who continue to prescribe opioids all too easily.

The issue has reached the current election cycle too.

Democratic presidential nominee, Hillary Clinton, has proposed a $7.5bn fund to tackle the crisis, part of which would involve further training for doctors on safely administering prescriptions.

According to Mayberry, there is still a stereotype and immense shame culture when it comes to female addicts.

“The reality is when you think of a female addict … you think of the typical junkie w**** with no teeth, a needle in her arm, that’s selling herself in a bad neighbourhood. But the fact of the matter is even as bad as my addiction got, my two kids still got to school, I had a home, I held down a job,” she said. “Addiction knows no socioeconomic boundaries.”

Allison agreed: “Women are so stereotyped, especially stay-at-home mums, as always keeping things together, but it’s not reality when you’re an addict.”

Everyone in society has a role to play in tackling opioid addiction, Mayberry said. Medical professionals need to have a far greater understanding of addiction. “Doctors can’t just hand out pills without thought, everyone who prescribes medicine should be schooled in addiction.” 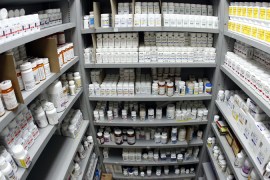 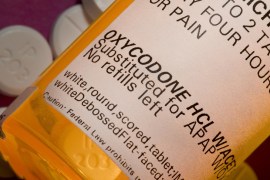