He, along with other Cuban entrepreneurs, met the US president on his historic visit to the island in March this year.

“Standing in front of him, in Cuba, and speaking to him as an equal about my project was indescribable. He told us how in his country young entrepreneurs have no limits, and earn $100m just by working out of their garage. It seems like the whole thing works out well for Americans, because it’s part of their culture, but that culture is so different from ours,” Papito says.

I can't be a millionaire in my business while watching those around me unable to cover their basic needs.

“Us Cubans have a culture that is very much based in solidarity – solidarity amongst our family, with friends, with neighbours,” he continues.

“I can’t be a millionaire in my business while watching those around me unable to cover their basic needs. Ever since I started my salon, I dreamt of creating a cultural project which would transcend my business.”

Papito says he has nothing against people making a lot of money.

“One has to get by, but also fulfill one’s dreams,” he says.

The problem, he says, “is my dreams keep getting tied up with other dreams, so I set out to start another cultural project: the ‘Hairdressers’ Alley’ (Callejón de los Peluqueros) over here on my street, the ugliest in all of Old Havana.

He sought out the help of Havana historian Eusebio Leal, who can often be spotted walking around the old town’s construction sites in his trademark outfit – grey canvas workman’s pants and shirt. 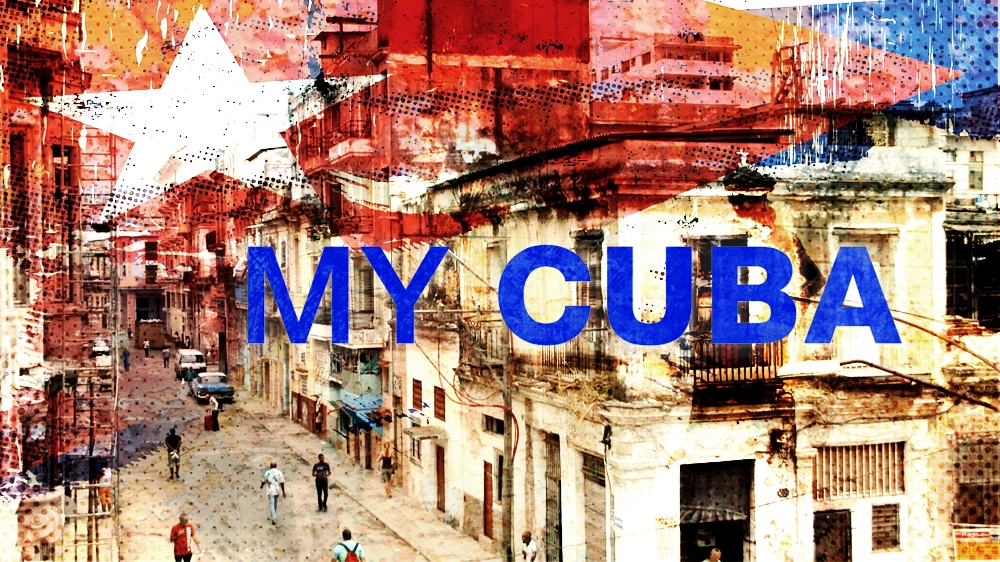 “That’s how [it happened], just like nothing,” Papito says with a smile. “I bumped into him on the street and presented my idea. He looked me in the eye for a few seconds and later asked, ‘What do you need?’ We got the street repaved, the old façades restored, and, most of all, he gave us institutional support. Some people ask me how I managed to convince him, but I think it was very easy – my dream was inspired by his dreams.”

The buildings’ facades were decorated with works of art to do with hairdressing. The project is ongoing. Just as one stage is completed, Papito comes up with new ideas and the work continues.

“We started a hairdressing school to teach the trade to underprivileged neighbourhood kids who didn’t have jobs or weren’t in school. We gave them the chance to learn how to make a living, and then offered them a job,” Papito says. “Some even wound up working at salons on cruise ships.”

Everyone in the alley saw their incomes rise, their living standards improve.

All this magic drew people to what has become known as “Hairdressers’ Alley”, and neighbours began starting their own little businesses – cafés, artisans’ shops, restaurants, and when the foreign tourists started coming, hostels opened.

“Everyone in the alley saw their incomes rise, their living standards improve, as those who didn’t start their own business found work in someone else’s,” he says.

The entrepreneurs help one another to develop their projects. A local band enlivens the atmosphere at the casa del abuelo (neighbourhood places where the elderly congregate from early morning to evening to receive care, be entertained and play dominoes) with a son concert every Wednesday. The next addition to the project will be a bracelet, like the ones some all-inclusive resort hotels give their customers, so that tourists staying in the neighbourhood can get 15 percent off every purchase in the alley.

“The bracelets will be assembled by the old folk, and we are buying them from them, so they can organise trips to the beach, the county, or wherever they may want to go,” Papito says.

“This year, we will be starting a bartending class for youngsters. We got the French-Cuban maker of Havana Club rum to fund most of the project. They provided the instructors and the drinks. They [the students] get an official title and the best among them may get hired by European cruise lines,” he says.

For Papito, the key to his project’s success was getting a mix of state-run businesses and institutions, entrepreneurs and the community on board.

Time and again, when it looks like the interview is about to finish, Papito recalls something else and takes me to see it.

We want to mix what's state-owned with what's community-owned. We are making a soccer museum inside the butcher's shop, because the boys love it, and we took over the liquor store to start a cash register museum.

“We want to mix what’s state-owned with what’s community-owned. We are making a soccer museum inside the butcher’s shop, because the boys love it, and we took over the liquor store to start a cash register museum,” he says as we walk past dozens of artifacts, some of which are so old it’s hard to tell what their original purpose was.

On the street, everyone stops to greet Papito, just as they do every other neighbour.

We stop to take a picture together. An elderly Russian woman walking two chihuahuas stands behind him, extending her hand to give him bunny ears while we take the picture.

Papito laughs when he realises what she’s done. The woman inquires about the deaf girls who dance at casa del abuelo.

“We reached an agreement with the deaf people’s association to train girls with hearing issues to become hairdressers at our school,” Papito explains. “Today, they make up most of our student body, and even I’m starting to learn that language they use their hands for.”

He adds: “We are a local sustainable development project, so when they graduate, we will provide them with a shop so they can start their hairdressing business. In turn, they will commit to teach the business to other deaf people for free.”

I ask him if he realises he’s adding to his own competition.

He ponders his answer for a moment.

“No,” he says. “What I’m doing is multiplying my own dream.”

Translated from Spanish to English by Alvaro Guzman Bastida.