Forty-three years after the 1973 war between Egypt, Syria and Israel, a new book by Israeli author Uri Bar-Joseph provides details on one of the most intriguing spy cases in the history of the Arab-Israeli conflict that is still being debated today.

Bar-Joseph tells the story of one of Israel’s most senior and prolific Egyptian spies during the period of the Yom Kippur War, whose proximity to power and decision-making in Egypt before and after the war made him a “once in a generation” kind of spy that Israel could not afford to lose or pass up.

Egyptian spy Ashraf Marwan died mysteriously in 2007 when he fell from his London apartment, the cause of his fall has never been determined yet.

In his past, he was a key factor that enabled Israel to turn its initial defeat into victory in 1973, on both the Egyptian and Syrian fronts. The narrative Bar-Joseph builds clearly shows Marwan as Mossad’s hero and a prized intelligence asset, but also emphasises that to his own country, Marwan was nevertheless a traitor – a man who sold secrets to the enemy in a time of war.

Although Marwan, code named “Angel”, only alerted the Mossad 24 hours before the Arab armies’ surprise attack began, his previous information on the Egyptian military’s war planning and leadership deliberations made Egypt “transparent” to Israel at the time of war.

Bar-Joseph addresses the key question that for decades has haunted the intelligence community as much as the public about Marwan’s case.

Why did a trusted Mossad spy – receiving between $50,000-$100,000 every time he supplied his information, once or twice a month, in addition to bonuses and gifts – only inform his handlers about the impending attack 24 hours before it began? Why not a few days or a week before the war?

Bar-Joseph says Marwan found out about the attack purely by chance – deducing it from information he gleaned while abroad in London. Only then did Marwan make frantic calls to the Mossad demanding to meet its chief personally, as he had done before, to warn him about the upcoming war.

Bar-Joseph methodically debunks the theory that Marwan was a double agent who only chose to inform Israel only 24 hours before the war when it was too late anyway.

The author argues that Egyptian intelligence would not use someone as highly connected as Marwan, who was President Gamal Abdel Nasser’s son in-law, as a double agent – fearing the risks such a role would bring him.

He also argues that the Egyptian intelligence service was “amateur” and that it could not run the type of sophisticated double-agent operations carried about by Western intelligence agencies.

Israel knew war was no doubt coming. Israeli intelligence also knew that Egypt did not have the military capabilities to wage an extended war to recover the entire Sinai. Anwar Sadat’s army, as evident by Marwan’s spying, was inferior to the Israeli military and much weaker than the Egyptians publicly projected it to be.

As for the Israeli intelligence failure in that war, its military intelligence, Bar-Joseph argues, had placed itself into a mental box regarding the conditions through which they forecast Egypt would attack Israel.

It was a conflict between then military intelligence chief Major General Eli Zeira – who thought in terms of his organisation’s paradigm of war, and thus had doubts about Marwan’s intelligence and motivations – and the director of the Mossad, Zvi Zamir, who trusted Marwan’s information.

Ashraf Marwan was an unlikely spy. He was a young man in his 20s, married to Abdel Nasser’s daughter, and worked at the president’s office. On the surface, he had no apparent reason to sell his country’s secrets to its sworn enemy, Israel.

Bar-Joseph draws a historical and a psychological picture of Marwan that analyses his motivations to commit treason by selling top-secret information, war plans, and minutes of Sadat’s meetings with Soviet and Arab leaders. Marwan, he concludes, was motivated as much by cash as by his psychological needs to take risks, while taking vengeance against a father-in-law who never trusted him.

He started his career as an Israeli spy in 1970 when he called the Israeli embassy in London offering his services to sell Egypt’s top secrets. While it took the Israelis some time to make sure he was no double agent, after his information proved reliable, they began to fully trust him. He worked as an Israeli spy for more than 30 years, until 1998.

Marwan’s services in the Yom Kippur War were some of the most important for Israel. After the war, the Mossad rewarded him with a $100,000-cash bonus in appreciation for the advance warning of the impending strike. While his actions ultimately saved many Israeli lives, they guaranteed the death of many of his own countrymen. 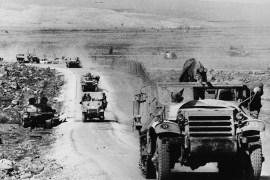 Remembering the war in October

Forty years on, we explore the story of what Egyptians call the October War and Israelis the Yom Kippur War of 1973. 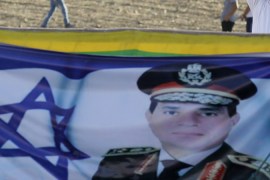