Researchers in the UK are seeking to recreate ancient natural remedies to tackle bacterial infections as alternative treatments amid the emerging antibiotic-resistant “super-bug” epidemic that the world is facing.

Scientists at the University of Nottingham say they have discovered that a 1,000-year-old Anglo-Saxon treatment – used for eye infections and recorded in the medieval Bald’s Leechbook – has an extraordinary ability to kill MRSA, a drug-resistant strain of Staphylococcus aureus.

The 10th century remedy – which includes garlic, wine, and cow bile – has yet to be tested on humans, but it has showed promising signs that it could contribute significantly to the fight against the deadly bacterial infection, researchers say.

“Early results on the ‘potion’, tested in vitro at Nottingham and backed up by mouse model tests by Dr Kendra Rumbaugh from Texas Tech University in the United States, are astonishing,” said a statement on their website.

“The solution has had remarkable effects on Methicillin-resistant Staphylococcus aureus (MRSA) which is one of the most antibiotic-resistant bugs costing modern health services billions.”

Dr Christina Lee, one of the researchers involved, talked to Al Jazeera about the significance of the findings in dealing with what she described as a “terrifying” antibiotic-resistance crisis.

According to the World Health Organisation, “it is an increasingly serious threat to global public health that requires action across all government sectors and society”.

Lee also discussed the main causes of the growing problem, including the overuse and misuse of antibiotics by humans.

Al Jazeera: How effective was the “potion” at killing Staphylococcus aureus?

Lee: In killing the bacteria, we could not believe it. We expected it would destroy about 30-40 percent. It killed 99 percent of Staphylococcus.

So we then sent it to a colleague in the US to test it against MRSA in mice. And there it worked better than the current last line of defence.

Al Jazeera: How many other bacterial infections could it help treat?

Lee: We are not quite sure. We are in the process of trying it on other types of infections. What actually is important is to consider that it might be effective on others as well. It does take some time and research in order to do that.

This is just one of 13,000 remedies we got from the Anglo Saxon period. We are in the process of bidding for research funding in the hope that we might find out more. Hopefully we can pass this on to pharmocologists who can possibly do something with it.

Al Jazeera: Could it be more effective than conventional antibiotics?

Lee: There has not been a new antibiotic in a long time. What it may be is an alternative treatment in the market.

What I have to say is that there is not an ingredient that bacteria has not become immune to. Bacteria is very clever at evolving. So this may be an avenue to explore when conventional antibiotics are starting to fail.

Al Jazeera: How did you choose this particular recipe and then recreate it?

Lee: We chose this particular concoction because we knew it had elements that are effective at treating infections – including garlic and other allium species.

We followed the instructions to the letter. We thought it was really important to get ingredients that are organic and free of modern chemicals. The instructions said to pound the ingredients and mix them well, which makes perfect sense to set free active ingredients. You then leave it for nine nights, which is also a very important step.

We also tried to get wine that is fairly regional. The problem is that contemporary wine is cut with new world wine, which is different from the wine from the Anglo-Saxon period.

So we made sure to grow it organically in a region very close to where the manuscript was written down in southern England. The wine is important because it is a solvent. You can use that in medicine to activate ingredients and we knew that.

Al Jazeera: How alarming is the antibiotic-resistance problem?

It will take many researchers from across the world and more funding to try to fix this problem that we can no longer ignore. Many people have become used to thinking that taking antibiotics is a solution for infection, but in many cases this is now starting to fail and we have some really terrifying drug-resistant species of bacteria now.

Another frightening thing is that animals are fed antibiotics to stay healthy. So with the consumption of more animal produce, we are actually already ingesting a lot of the antibiotics. 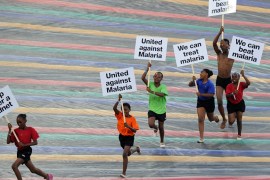 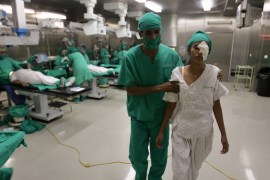 The WHO report three quarters of countries have no plan to deal with antibiotic resistance.