Meghalaya state, India  –  For those recently debating climate change at the global summit in Paris, the coinciding deluge in India’s southern city of Chennai seemed a powerful illustration that the gathering urgently needed to succeed in its aims.

While flooding hit the south, an increasing lack of water in Cherrapunji, a northeastern town which was once the world’s wettest place, is causing growing concern among residents.

Both Indian examples point to the vicissitudes of climate change on our planet in a country where a rising population always creates huge pressures on the environment.

In 1861, Cherrapunji, known to locals as Sohra, created a world record with 22,987mm of rainfall in a year.

More than 150 years later, and experiencing an average annual rainfall of 11,430mm, it is still the second wettest place in the world.

Mawsynram, a village just six kilometres away and boasting an average annual rainfall of 11,887km, is now considered the dampest place on the globe.

However, the current rainfall in Cherrapunji, located in Meghalaya state, is just one third of what it was in the 1970s.

The reasons for the dramatic decline in rainfall are disputed.

Residents blame events beyond their control for the problems they face – the place is hotter, drier and shorter of water than even before.

“We never had very large forests around Cherrapunji. Those that were there were sacred to us and we did not cut a branch,” says Millergrace Symlieh, a senior member of the Sohra Science Society.

“We are affected by what’s happening all over the world,” he told Al Jazeera.

“This hot weather and less rain here is not due to huge deforestation or massive industrialisation. We only have a cement plant near here.”

However, Amarjyoti Borah of the Centre of Environment and Social Policy Research, based in India’s northeastern city of Guwahati, says deforestation by illegal logging groups enjoying political patronage has badly damaged the forests around Cherrapunji, and that has adversely affected the local ecology.

“The place still gets much rain, but with very few trees still standing, all the water just washes away downhill,” says Borah.

“There is no culture of rain harvesting here, as residents never felt it was necessary.

“So Cherrapunji suffers acute water scarcity when the rainfall starts to drop sharply from November until March.”

The past 10 years have seen a major drop in the average annual rainfall in Cherrapunji.

“It is basically since 2005 that we are often getting 8,000mm to 9,000mm of rain in Cherrapunji annually – against the normal average of 11,000mm,” says Amit Chaudhuri in the Cherrapunji weather office.

Even Chadhuri’s “normal average” of 11,000mm of annual rain is a far cry from the 1970s, when Cherrapunji got almost double that amount of annual rainfall.

So at about 8,000mm to 9,000mm, the present average is only about a third of the town’s annual rainfall compared with only 40 years ago.

That was when Cherrapunji had far fewer people living in the town.

Such is the shortage of water in the months between November and March that Cherrapunji’s residents have to walk down the hill for several hours to fetch water from the springs.

It is hard work, with buckets placed in wooden carts which are dragged uphill with some effort.

“The other option is to buy water,” says Mary Pariat, a housewife in Cherrapunji.

Tankers loaded with water go up the hill to Cherrapunji every day in the lean months –   from November to March – and sell water for anything between 10 to 15 Indian rupees (about 20 cents) for a big bucket.

“That is our last option,” says Pariat, as she gestures towards a unique water point near her home – a leak in the town’s water pipeline.

“We put our buckets under the leak and collect the water,” she says. “But often that is not enough.”

The water supply in the town provided by the state’s public health engineering department is active only for a few hours.

“People rush to the taps in the localities and fill up as many buckets as possible,” says community elder William Shalong. “For washing and bathing, we go down to the springs.”

But even the discharge in the springs drops sharply in the lean months – so the Public Health Engineering (PHE) would not be able to improve water supply in the town even if they wanted to.

Officials of the department, unwilling to be quoted because they are not authorised to speak to the media, say the water supply system was built for 15,000 to 20,000 people.

“How can that hold for 70,000 people,” says a PHE official, pointing to the rising population’s pressure on resources, a familiar story all over heavily populated India.

“Earlier, we got rains here even during the winters and that is not happening now. We have to purchase water here in the winter where before there was so much rain. We never learnt water harvesting, but we don’t have a choice now.”

“We suddenly get rains when they are not expected and we don’t get them when we expect them,” she tells Al Jazeera.

“Also rains have got very localised here and it does not rain all over the place anymore. Often one locality gets rain, while the other doesn’t.”

Meghalaya is not alone in experiencing major changes in its climate.

The neighbouring state of Assam was once, and perhaps still is ,famous for its destructive floods caused by rivers like the Brahmaputra.

But for the past two years, during the late winter and summer months, half of its 28 districts have suffered drought.

India named Meghalaya – “home of the clouds” in Hindi – when a new separate hill state was created from the Khasi, Garo and Jaintia Hills of the large imperial province of Assam in 1972.

But the kind of relentless downpour for 14 days that the Khasi tribespeople here called “khadsaw-miat” is clearly a thing of the past.

Now the Khasi say “slaup” for rain, but they also have a new word in their vocabulary, picked up from English – “drought”. And when they talk of drought in Meghalaya, there is little doubt the world is changing – as is its climate. 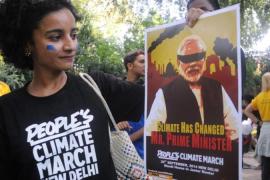 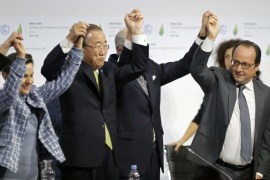 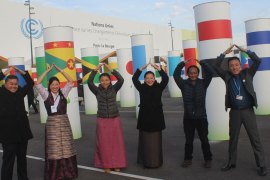