United Nations, New York – To stay alive, languages must be used. It helps if they are hip, too, says Amy Kalili, a native Hawaiian.

Six decades ago, Hawaii’s native tongue was close to vanishing with only a few dozen youngsters left speaking it.

Scared of losing their lingo, islanders led a “cultural renaissance” in the 1970s and 1980s by teaching children the dying tongue, Kalili said. Nowadays, schools educate 3,000 students a year in Hawaiian. But to cement these gains it must keep up with the times.

“For languages to survive, kids have to speak it. Therefore it needs to be cool. They have to be jazzed about it,” Kalili, 44, told Al Jazeera.

“They have to see it on television and use it on their iPhones and computers. It’s important for their psyche that they speak a language of capacity.”

Nowadays, mobile devices support the Hawaiian language with spell checks, calendars and other apps. Email and texting are so common that, to remain relevant, Hawaiian must inhabit cyberspace, said Kalili.

The Pacific islanders are not alone. From the Itelmen folk of eastern Russia to the Australian outback’s Aboriginals, trailblazers are using YouTube videos, online encyclopedias and even karaoke to promote their mother tongues.

The United Nations says there are between 6,000 and 7,000 languages globally, but most have only small numbers of speakers. About 97 percent of the world’s population speaks only 4 percent of its languages.

Governments around the world have typically promoted one language over others, often via teachers, textbooks and outright bans. One indigenous language dies every fortnight, the UN says.

“If an animal, plant or fish is going extinct, people are up in arms about it,” said Edward John, a Dene-speaking grand chief of Tl’azt’en Nation, in western Canada.

“But when a language goes extinct, no one says anything. No one even knows about it.”

More recently, governments have wised up to the loss and are supporting endangered languages in schools and through state-backed television and radio broadcasts. Online media and hand-held devices are the next step.

The Cherokee of the south-eastern United States have a track record in embracing technologies. They developed a writing system in the early 19th century before launching printing presses, newspapers and typewriters.

Yet, only about 8,000 out of 290,000 Cherokee speak the language today – mostly pensioners, said Joseph Erb. Getting the Cherokee syllabary built into iPhones and android devices was vital for winning over the youth.

“Whichever language gives young people the most advantage, they will utilise,” Erb told Al Jazeera. “You can’t blame them. They’re not going to write a letter and mail it. They’ll just write an email or text message quickly. If they can only do it in English, that’s what they’ll do.”

By the end of 2012, the software giant Google was supporting Cherokee syllabary on telephone keyboards as well as in its search engine and email service, Gmail, which now has a few hundred users.

The survival of languages

Even with this help, the language’s survival is not guaranteed.

“Sometimes I feel like we’re gonna make it, and sometimes I’m terrified,” Erb said. “When you hear kids speaking it, or when you see people using it online, it kinda gives you a lot of hope to continue.”

Uncommon languages can be supported by software at various levels.

A makeshift form of many languages can be written in widely used alphabets, such as Roman or Cyrillic – often to the chagrin of purists.

Better than that, uncommon languages can have their alphabets incorporated into Unicode, an international system of more than 120,000 characters that are recognisable to all devices.

In addition, Apple, Microsoft and other tech firms can support languages with email services, search engines, translators and spell checks. When Cherokee became Gmail’s 57th supported language in 2012, users could read such terms as “inbox” and “spam” in Cherokee.

Google began supporting its 74th language, Burmese, last year. But the sky is not the limit, warns Craig Cornelius, one of the firm’s software engineers.

“I have to caution people who ask me when Google translate or voice recognition will be available in their language,” Cornelius told Al Jazeera.

“It’s not economically or even technically feasible for every company to support the estimated 7,000 languages with user interfaces and more complex things like translation and voice recognition. Those probably will never be feasible.”

On the remote Kamchatka Peninsula of eastern Russia, the Itelmen people could do with some help. Tatiana Degai, an advocate of the culture, says her language is “at the brink of extinction” with only five elderly speakers left alive.

She is not giving up. A group of 45 younger, Russianised Itelmen are learning phrases in their grandparents’ tongue, which are sent out each week as WhatsApp text messages, using mostly Cyrillic characters.

In 2014, Degai made online videos of old Itelmen folk songs featuring subtitles in the original Itelmen as well as Russian, the dominant local language. They were a hit. At a celebration last September, a group of revellers started singing the old songs, and Itelmen karaoke was born.

“It is not enough, of course, but projects like this are positive and motivational and raise the prestige of a language,” Degai told Al Jazeera.

Over in southwest Australia, there are fewer than 500 speakers of the aboriginal Nyungar tongue, says Clint Bracknell, a Sydney University scholar who uses technology to advance his Nyungar heritage.

He has been working on a Nyungar version of Wikipedia for months, but has hit a snag.

Nyungar is a spoken language without an alphabet or a formal written form. Speakers can use Roman characters to write their language in text and emails, but often disagree on how words are spelled.

For Bracknell, writing is not true to the Nyungar spirit. He wants Nyungarpedia – as it has been dubbed by Australian media – to use audio and videos of Aboriginals talking and singing about their culture, rather than text.

“Out of respect for oral traditions, I think we need to push for new innovative technologies to allow us to do language in indigenous oral ways rather than have to get stuck in the rut of text,” Bracknell told Al Jazeera.

Building an online oral encyclopedia is much harder than using tried-and-tested written systems, he acknowledged. The Nyungar people do not have legions of software engineers at their disposal.

Like many of the world’s indigenous groups trying to preserve a culture, going online is a useful tool – and even necessary. But it can also require skills and financing that are not readily available.

“We talk a lot about what we could do with technology, but it can be really hard work and require lots of know-how to get things off the ground,” Bracknell said.

“Then we think it would just be nicer to sit around talking to each other and maybe sing some songs.” 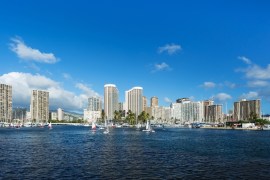 Contrary to its idyllic image, Hawaii is a hub for the sex trafficking of girls and women. 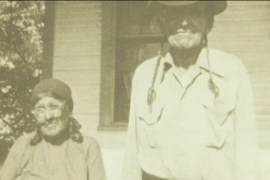 Doris McLemore, 83, is the last fluent speaker of a dying native American language. 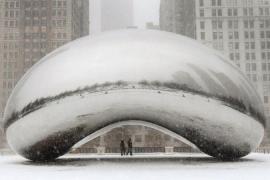 Art and the language of things

Inanimate objects may communicate a meaning or intent through their juxtaposition with other objects, and with us.