The scariest moment for me was when my gums started bleeding spontaneously, as if I had received a painless punch in the face.

I had been diagnosed with dengue six days before. On day one, a sudden sharp fever of 40C (104F) subsided almost as quickly as it had spiked. I felt weak, and my joints ached a bit, but I felt fine. I did not take any of the recommended paracetamol.

After two days of feeling fine, the fever was back as if aggrieved by my laid-back attitude towards it, and determined to rectify the situation.

What was much worse than the fever was the ache in my joints. I quickly understood why dengue’s other name is breakbone fever. The disease drains you, and I did not have the energy to walk around or sit – unfortunately.

I was not comfortable lying down either, with every inch of my backbone reacting angrily to the touch of the bed.

I was diagnosed with the disease at the end of December. I was one of the last victims of what was a record-breaking year of dengue infections in Thailand.

There were 140,000 infection cases recorded in Thailand in 2015 – the highest since a mega-outbreak of 170,000 in 1987. Officials recorded 126 deaths – the most notable was TV star Thrisadee “Por” Sahawong, who died after developing a series of complications culminating in a severe infection in his right lung.

His death made everyone realise that dengue is not a disease that affects only those living in remote provinces.

Experts are predicting that 2016 infections could exceed the number of cases reported in 1987.

The Intergovernmental Panel on Climate Change’s (IPCC) report projects increases in dengue transmission as the season for transmission lengthens.

Traditionally, dengue was rarely transmitted during the winter. But I was infected in December – Por, the TV star, became ill in November. Last week 2,380 cases were reported in Thailand.

And it’s not just Thailand that has to worry about dengue. The disease is having a record year in India and Bangladesh too.

Dengue has no vaccine yet and the World Health Organization says it is one of the most neglected tropical diseases.

On a positive note, only about one percent of cases actually end in death. While the bleeding gums were a scary, that was the only situation where I was truly worried.

Only I developed severe dengue fever, a testament to my poor constitution, I’m sure, but I suspect also a sign of something concerning.

Dengue becomes more severe when you get it again – and I wonder if I had previously contracted dengue but been asymptomatic, which is why this bout was much worse.

Now I worry about how bad it might be if I get the disease again – something that doesn’t seem too unlikely given how it’s spreading. It’s tempting to think of running away to somewhere without any dengue… except it seems the world might also be running out of such places. 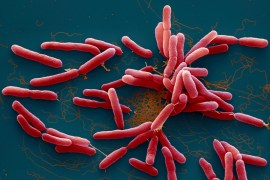 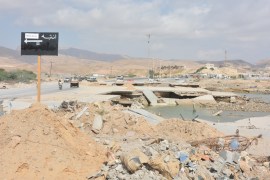 Mukalla’s fight against the disease is hampered by a sewage crisis and the fact that al-Qaeda controls the city. 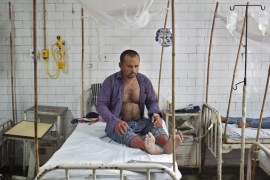