Donald Trump boasted that he would create the “greatest golf course in the world” on the shifting sand dunes of the Aberdeenshire coast.

The American billionaire probably never expected to see the foyer of his five-star boutique hotel filled with scruffy protesters singing the Internationale. It was socialism amid chandeliers.

Sixteen-year-old Max Waters was part of a group, from the left-wing alliance Rise Scotland, who made the three-hour journey from Glasgow in a rented red van with home-made banners saying “Dump Trump” and “Scotland loves Muslims”.

“We wanted to protest at Donald Trump’s hotels against his racism and borderline fascism,” he told Al Jazeera.

The Republican presidential candidate’s mother is from the Isle of Lewis, but it seems he is no longer welcome in his ancestral homeland.

When Trump called for Muslims to be banned from entering the United States, he was stripped of his honorary degree by Robert Gordon University, in Aberdeen, and dropped by the Scottish government as a business ambassador for Scotland.

The prestigious Turnberry golf course, in Ayrshire, is apparently out of the reckoning for the Open Championship, simply because Trump is the owner.

The brash businessman’s unpopularity made him a prime target for a new political party hoping to stage an audacious publicity coup.

Jack Ferguson, 32, a student who was one of the organisers of Sunday’s protest, admits that Rise Scotland is trying to get itself noticed in an election year.

“I hope this does convey something about what Rise are about, that is part of what we were aiming for. The Scottish parliament needs a force who are determined to stand up to the rich and powerful and will not be bullied simply because someone puts money on the table,” he told Al Jazeera.

Scotland’s radical left was given a new burst of life by a grassroots independence campaign during the referendum that politicised a new generation. Instead of going away when the vote was lost, they formed a new alliance to stand candidates in this year’s Holyrood elections.

Glaswegian schoolboy Max Waters is one of those who got his first experience of politics canvassing for a Yes vote in the referendum.

“That was the start, it sparked my interest,” he said. “I do not think I would have got involved in politics if it had not been for the referendum.

“The SNP [Scottish National Party] has got lots of good left [wing] policies but it also seems to be really friendly with big corporations. Also they voted to be a part of NATO and I am anti-nuclear.”

Colin Fox, a former Socialist member of the Scottish parliament who is a Rise candidate in Edinburgh, says: “The new generation of youngsters has transformed the left into a much more vibrant and energetic organisation.”

The return of street politics to Scotland has been given a 21st-century twist by social media.

Campaigners are no longer reliant on newsdesks sending photographers to get coverage.

Pictures of the protests at Donald Trump’s hotels were shared hundreds of times on Twitter with the hashtag #RiseAgainstTrump.

One of the most important legacies of the referendum has also been the flowering of an alternative media, which includes sites such as Bella Caledonia, Newsnet and Common Space.

Fox describes how, when he was growing up in Lanarkshire, the Daily Record was the bible in working-class households. He says the newspaper was consumed every day along with Irn-Bru and square sliced sausage.

This meant that, along with the BBC and the Labour Party, it set the political centre of gravity.

“There was little outlet for opinion and it was easier to control”, he says.

The editor of Common Space, Angela Haggerty, says that they have around 150,000 unique users every month and numbers are growing.

“Since we’ve launched, I feel pretty confident that our coverage of certain issues, land reform for example, has put grassroots campaigners at the forefront and enabled them to put more pressure on policy-makers than the traditional outlets would have,” Haggerty says.

“Alternative media in Scotland has really shaken things up and made the media scene a far more interesting and edgy place than it was previously.”

It is not all positive, however. Mike Small from Bella Caledonia points out that debates on Twitter can quickly descend into bitter argument and that there are big questions about harassment of women and misogyny.

Some nationalists have also criticised Rise for splitting the Yes movement by trying to take votes from the SNP.

But the independence movement doesn’t belong to any one party or organisation.

In the weeks and months ahead, we can expect more arguments as Rise sets it sights on being the left-wing opposition to the SNP and, in all probability, more protests against Donald Trump. 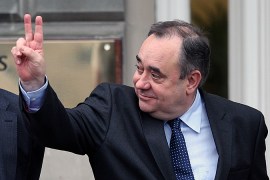 Does Scotland want a divorce?

Scottish calls for independence seemingly ignore the many consequences, economically and otherwise, that would arise. 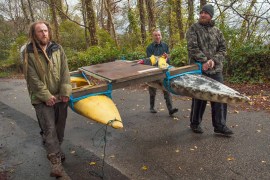 UK election: Scotland vote and the future of the bomb

Anti-nuclear submarine protests have quieted in Scotland since the 1980s – until now. 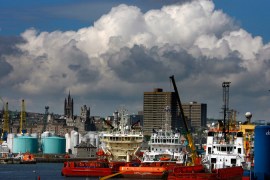 UK prime minister unveils boost to oil and gas sector, which it warns will decline if Scots break from United Kingdom.